‘Is Drought Over Yet?': That Might Not Be the Right Question to Ask

In another round of mixed messages during an exceptionally wet winter, California's water board is extending emergency drought regulations until May, the anniversary of its action taking teeth out of conservation enforcement.

With the state's permission, during the past year most urban and surburban water districts, including those in the cities of Los Angeles and Long Beach, have avoided having to meet mandated conservaton goals by "self-certifying" that they have sufficient reserves to last three years.

The remaining emergency drought regulations impose little more than requiring water agencies to continue monthly reporting of water usage and reserves, and consumers to avoid such blatant water wasting as hosing down driveways or turning on sprinklers during or right after rain. 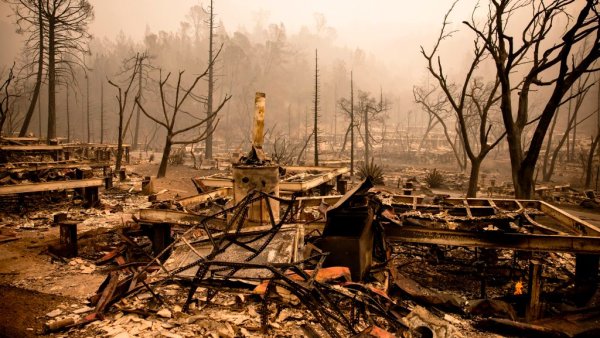 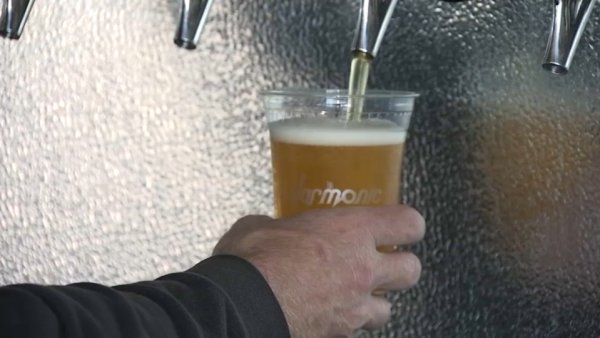 On their own, many water agencies continue to urge customers to limit their yard watering. Long Beach permits watering two days a week, Los Angeles three -- not a problem since December with the frequent rain.

Water usage in Los Angeles now is 20 percent below the level three years ago, according to its Department of Water and Power.  Long Beach is down 15 percent, said Chris Garner, general manager of the city's water department.

But at the same time, in areas which depend heavily on water pumped from wells, groundwater levels remain far below pre-drought levels.

"We are beyond happy that water conditions continue to improve this year, but the rainy season isn't over yet and some areas of the state continue to suffer significant drought impacts," stated Felicia Marcus, chair of the State Water Resources Control Board.

Even as the board for California's Department of Water Resources was meeting Wednesday, the department released a new NASA report, relying on satellite measurements, that land continues to sink in areas of the San Joaquin Valley, a process called "subsidence" that is blamed on the large volumes of water that for decades have been pumped to the surface for farm irrigation.

With less surface water available during the drought, pumping increased.

"The rates of San Joaquin Valley subsidence documented since 2014 by NASA are troubling and unsustainable," DWR Director William Coyle is quoted as saying in a department statement.

In some areas, ground level has dropped more than 30 feet since the World War Two era, and threatens to damage aqueducts and flood control structures, according to DWR.

Much of Southern California also relies on groundwater for municipal water supplies. Aquifer levels plunged markedly during the drought, both because the shortage of water from snowmelt forced greater reliance on groundwater, and also because the drought meant less surface water runoff percolating through soil to replenish groundwater depletion.

For southeastern Los Angeles County, groundwater levels in a benchmark "key" well in Pico Rivera stood at 120 feet above sea level in 2011 prior to the drought, according to Pete Brown of the Water Replenishment District (WRD). By late 2015, it had dropped to a low of 52 feet, but began rising again as the drought eased and precipitation increased.

It reached 60 feet last December, and then with the onslaught of rain this season, now stands at 97 feet, Brown said. The WRD is investing in water recycling as part of a plan to end purchasing imported water to pour onto settling basins to recharge groundwater supplies.

But Southern California is far from being able to get by without imported water.

Even in wet winters, with its enormous population growth in recent decades, SoCal remains dependant on the Colorado River and northern Sierra Nevada snowmelt, both distributed by the Metropolitan Water District (MWD). The city of Los Angeles also takes water from the eastern Sierra via the LA Aqueduct.

For those Southern California areas remain out of reach of the MWD's distribution system,  the drought remains high profile.

The city of Ventura does not receive any MWD water, relying solely on wells and surface water. During the drought, the water level in its main storage reservoir, Lake Casitas, had dipped low enough to reveal historical structures not seen since the lake began filling in 1958. The water level has risen this winter, but stands at only 37.5 percent of capacity, according to the Casitas Municipal Water District.

The city is continuing to ask customers to keep their water usage 20 percent below pre-2013 levels. One tool the city uses to meet that goal, Epstein said, is "water shortage rates," which use pricing tiers to encourage conservation by raising the unit price of water at higher levels of consumption.

Similar pricing is used by other districts, and is encouraged by Gov. Jerry Brown, though the approach walks a legal tightope in complying with Proposition 218, which essentially forbids government agencies from inflating prices for provided services.

In 2015, California's Supreme Court ruled that the tier pricing as established in San Juan Capistrano violates Prop 218, but stopped short of deeming illegal all tier pricing.

Be that as it may, the issue seems less crucial when California's major reservoirs are near capacity, and some are spilling water to make room for more runoff.

For his part, Gov. Brown has yet to rescind the drought emergency proclamation he issued three years ago in January, 2014.

"One year of good rain does not erase six years of drought," said David H. Wright, general manager of the Los Angeles DWP.

But that begs the question so many Californians are asking.

Is the drought over yet?

Based on the well-above average pricipitation in virtually every corner of California this season--and for a second year in a row in the state's northern half--the answer most certainly would have to be a resounding "Yes!"

But that answer doesn't solve the continuing local shortages in some areas, longterm depletion of San Joaquin Valley groundwater, and chronic tension over water distribution that will once again go critical during the inevitable next drought.

Judging from historical patterns, it's only a handful of years away.

Perhaps there's a more relevant question to ask:  will California continue preparing to be better able to deal with it?