A number of California prison inmates who committed violent crimes, including stabbings and shootings, have been granted parole under Proposition 57's Nonviolent Parole Program, according to records obtained by NBC 4.

Prop. 57, approved by voters in 2016, promised to reduce the state's overcrowded prisons by expanding parole eligibility for nonviolent criminals, and by encouraging inmates to take part in rehabilitation, therapy, and vocational programs.

The cases include those of Alfredo "Freddy" Casillas, who took part in the murder of a rival gang member in Burbank, and Luis Steven Flores, who went to prison for assault with a deadly weapon with a semi-automatic firearm, and served time for battery on a peace officer, as well as battery on another inmate. 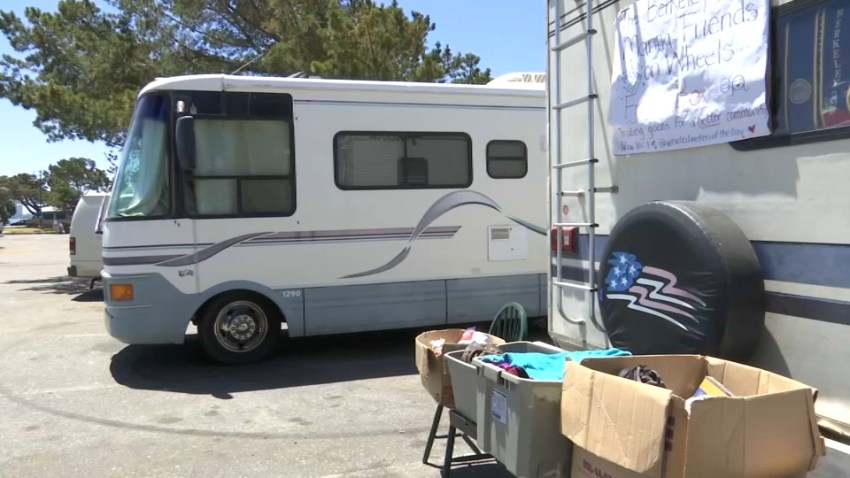 Making It in the Bay Feb 13

Making It in the Bay: The Reality of Living in Vehicles

They, along with other prisoners with violent histories, became eligible for parole because their most recent convictions for subsequent, unrelated crimes were categorized as nonviolent and the inmates satisfied other conditions.

Prosecutor Michele Hanisee, president of the Los Angeles Association of Deputy District Attorneys, said the public was duped by the language of the proposition.

"It's very clear they intended to release violent offenders by re-describing them, despite their crimes, as nonviolent offenders," she said. The association and numerous other law enforcement groups campaigned against Prop. 57.

"This is a cynical attempt to scare and mislead the public by an interest group more focused on flouting the will of the voters — who passed Proposition 57 by a nearly 2 to 1 margin in 2016 — than improving our criminal justice system," said Vicky Waters, spokeswoman for the California Department of Corrections and Rehabilition.

"Moreover, the majority of inmates referred to the board for the nonviolent parole process under Proposition 57 -- about 80 percent -- are denied parole under this process."

Casillas satisfied the 16-years-to-life sentence for the 1985 murder in Burbank before he was eligible for parole. He was serving a subsequent sentence for a nonviolent offense when the Board of Parole Hearings considered his case and recommended his release.

"The victim was shot three times," said Burbank Airport Police Chief Ed Skvarna, who at the time of the killing was a patrol officer in Burbank and helped to investigate the case.

Skvarna said the 1985 attack involved six men who surrounded the victim on a side street near Victory Boulevard and Verdugo Avenue.

"They began to beat him, and beat him severely, basically to death," Skvarna said.

While Casillas was in prison he stabbed another inmate and was later caught with a cell-made weapon, according to state records.

The Casillas parole decision acknowledged the history of violence.

"However, the passage of time coupled with the lack of violent behavior over the last 22 years diminishes the prejudicial impact of the prior convictions. Thus, the inmate’s prior criminal history is a mitigating factor for the reasons discussed above," an official wrote.

In the Flores decision, the Board of Parole Hearings referred to the inmate’s "extensive history of violence."

"However, the fact that his last act of violence occurred well over 10 years ago substantially reduces his current risk of violence, and his positive institutional programming efforts since his incarceration on the current offenses reduces even further his risk to the community," an official wrote.

Corrections officials said the department was in the process of finalizing the parole regulations.

Separately, a tentative ruling last week in a Northern California lawsuit could affect whether some sex offenders will be eligible for or excluded from Prop. 57 parole consideration.

According to the Associated Press, Sacramento County Superior Court Judge Allen Sumner rejected an argument from the California Attorney General’s office that the ballot measure gave state officials discretion to exclude any class of offenders whose release might harm public safety.

"If the voters had intended to exclude all registered sex offenders from early parole consideration under Proposition 57, they presumably would have said so,” the judge said.

Full statement from the California Department of Corrections and Rehabilitation:

"This is a cynical attempt to scare and mislead the public by an interest group more focused on flouting the will of the voters — who passed Proposition 57 by a nearly 2-1 margin in 2016 — than improving our criminal justice system. Public safety remains CDCR’s top priority, which is why there is a rigorous screening process in place that requires individuals referred under Proposition 57 to demonstrate that they are rehabilitated and don’t pose an unreasonable risk of violence to their community. Parole decisions are made by a board of public safety and law enforcement professionals – all of whom have decades of experience — weighing a variety of factors, including written statements from victims, prosecuting entities, and the inmate, as well as the inmate’s behavior while serving their time. Moreover, the majority of inmates referred to the board for the nonviolent parole process under Proposition 57, about 80%, are denied parole under this process."