It's almost like the Welcome to California signs were painted over with: "Keep out."

California has sold itself to the world with images of endless sunshine, the splendor of its natural beauty and iconic attractions.

No sales pitch, though, is a match for the coronavirus pandemic.

Even before Gov. Gavin Newsom ordered all the nearly 40 million residents to stay inside and shut down all but essential businesses, beaches were largely empty. Disneyland was closed. Ski lifts at mountains blanketed in deep, fresh snow were not running. Wine country put a cork in tastings. Yosemite National Park had evicted campers and hotel guests.

Even highway visitor centers had barred their doors.

It's almost like the Welcome to California signs were painted over with: "Keep out."

Countless trips had been canceled and many were cut short once people realized how limited options were as restaurants and bars closed and entertainment venues shuttered.

The Laugh Factory comedy club marquee in Los Angeles reads: "Laughter is the best medicine ... but don’t forget to wash your hands."

Most of the state's top destinations capitalize on sunny, temperate climate, drawing visitors outside to famous surf breaks along its scenic coast, or hiking trails in its many national and state parks or shopping in the tourist traps on Fisherman's Wharf in San Francisco or in upscale boutiques on Rodeo Drive in Beverly Hills.

It didn't help that it had rained on and off the past week, but the doom of the coronavirus outbreak overshadowed the gloom of cloudy skies to slow the flow of visitors to a trickle this week.

A scattering of people strolled Hollywood's Walk of Fame in search of the names of their favorite stars embedded in the sidewalk, but window shopping was as good as it got once the stores closed early and restaurants in most destinations were limited to serving food to go.

Barbara Capelle, a French woman living in New York, and her lifelong friend, Marine Perrod from Paris, felt lucky to visit Alcatraz, the infamous former island prison off San Francisco, last weekend before it closed and ride the city's famous cable cars before they came to a halt.

But the pair and another friend shortened their road trip down the Pacific Coast Highway to Los Angeles by several days. The scenery was beautiful despite the rain, but the main topic of conversation was coronavirus and they only spent a night in Carmel and blew off Santa Barbara in their haste to get earlier flights home.

When they arrived in Santa Monica, the welcome mat had been rolled up and the ambiance they hoped to find in a normally vibrant city had evaporated. They had to order room service because eateries were not open.

"The feeling is not very festive," Perrod said.

"There is no vibe of the city," added Capelle.

Where local or regional disasters — earthquakes, mudslides, wildfires — have doomed segments of the tourism industry, COVID-19 threatens to crush California’s thriving tourist business as the outbreak leads to an untold number of hotel and flight cancellations.

International visits alone, already down 4% to 8% in the five months from September until late January, took a steep dive in February, according to Visit California, a nonprofit that promotes state tourism. International arrivals were down 17% a month ago over typical figures and had dropped nearly 60% from a norm above 80,000 a week to just above 30,000 the week of March 8 — and that was nearly two weeks ago.

Under a coat of new fallen snow, Yosemite Valley was even quieter than normal when the wave of closures began driving people out of the park. Even in winter, the park has a steady stream of visitors gaping at the granite wonders of El Capitan, Half Dome and waterfalls that plunge thousands of feet. 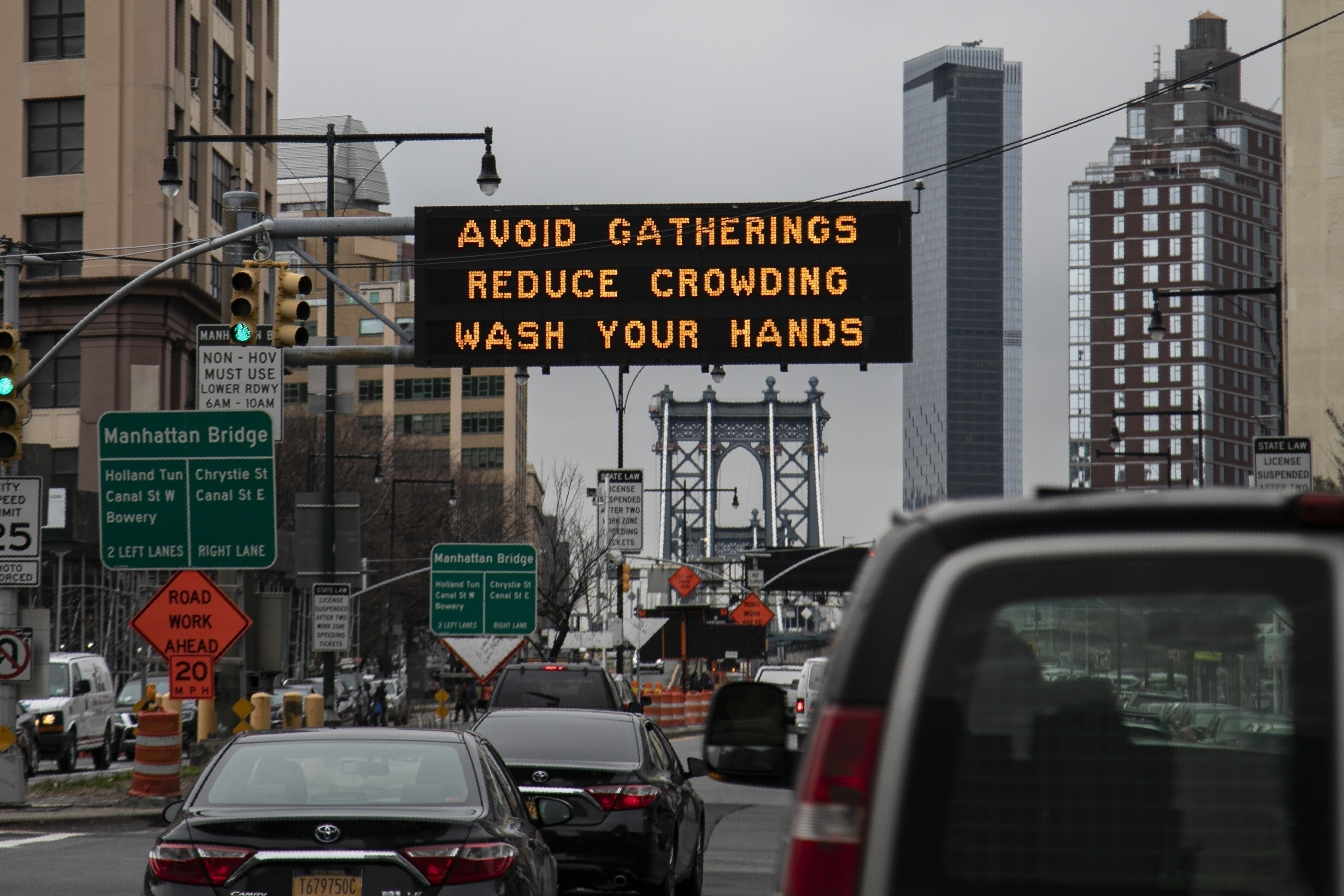 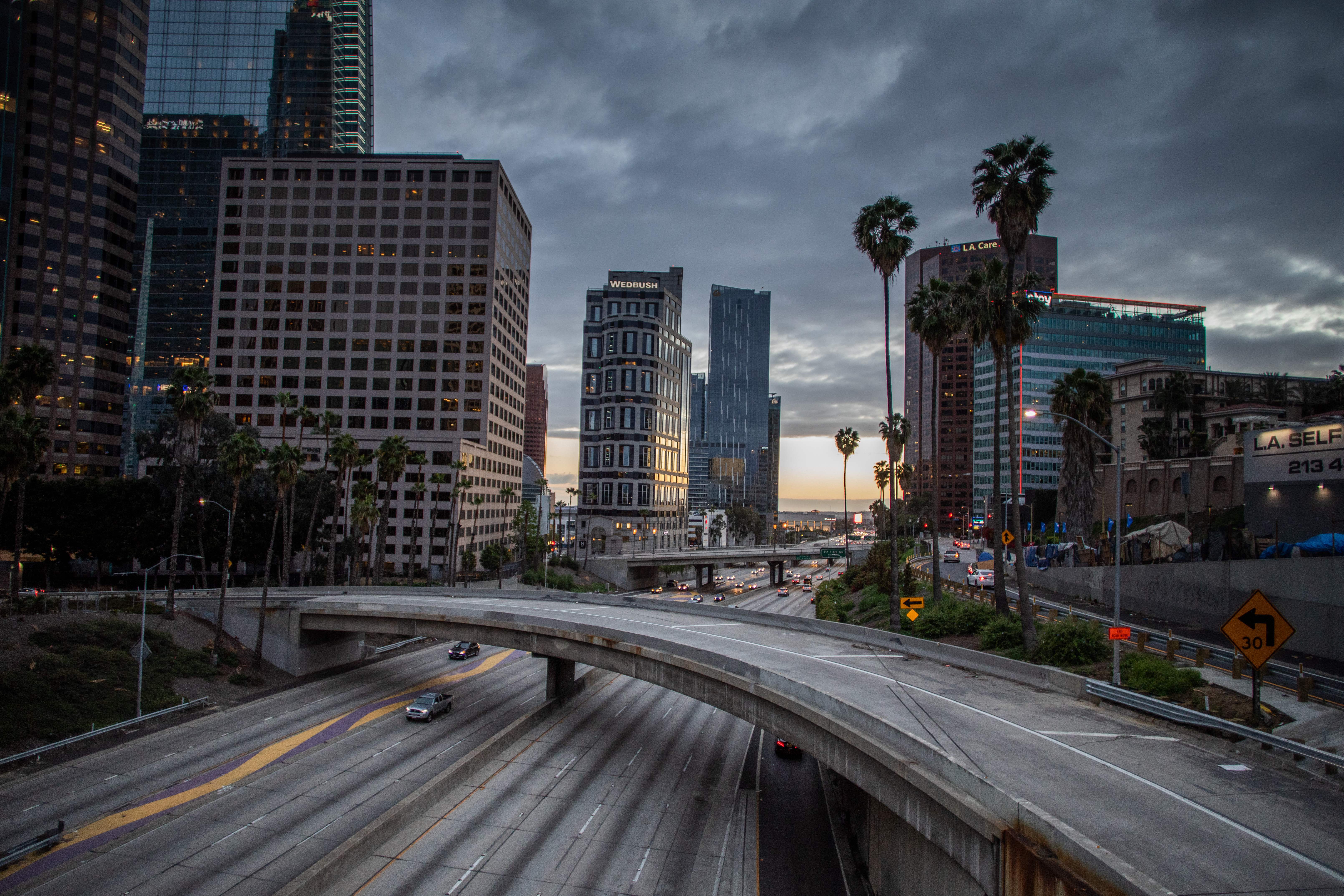 "The peace and quiet of a national park just cannot be beat," said Chris Brunell, who had been photographing landscapes and not worrying about people getting in his frame during a three-week camping trip that ended abruptly Thursday when he and other campers were told to leave. "It’s was absolutely a once-in-a lifetime experience. It would have been the same even with a couple hundred cars."

After a very dry winter and the state moving into drought conditions, the March rainfall brought some relief and dumped deep snow on ski resorts that hadn't seen a significant storm in about two months.

"Apart from feeling a bit reluctant to get too enthusiastic and ignore the terrible things happening (with coronavirus), you couldn't as a skier not be excited about skiing in this deep powder," said Josh Kelly, who had traveled from Massachusetts to spend a ski weekend with friends at Alpine Meadows near Lake Tahoe.

But boon turned to bust when most ski areas closed Sunday because of the outbreak and fear the virus could rapidly spread in lift lines and lodges. Kelly altered his plans and flew home a day early, happy to return to his family.

On Tuesday morning, after days of on-and-off rain in Southern California, a magnificent double rainbow across Santa Monica Bay appeared as an optimistic sign.

Bill Greenslade, a retired photographer, captured the image with his camera and then went to work at a bike rental shop across from the fenced-off Santa Monica Pier, a typically bustling attraction with restaurants, an arcade and a small amusement park that was already closed because of the outbreak.

Santa Monica beach was virtually empty, save for the occasional jogger, walker or cyclist on the bike path that runs for miles along the seaside communities of Los Angeles County.

A row of beach cruisers leaned on kickstands outside Sea Mist Rentals without a taker in sight. By midafternoon, Greenslade had only seven bikes rented: one to a tourist from Israel and six to mothers entertaining stir-crazy homebound children.

By week's end, the shop was among thousands of closed businesses in the Golden State. The rainbow, long gone, had left no pot of gold.