Some parents at Lakeview Elementary School in Lakeside are threatening to enroll their kids in a different school if a nearby cell phone tower isn't relocated.

Right now, the AT&T tower sits 150 feet away from the campus despite a San Diego County ordinance requiring all cell phone towers to be at least 300 feet away from schools.

That 150-foot difference is too close for comfort for concerned parents who claim radio frequency waves from the tower could endanger their children.

Maria Tomasello was one of the moms rallying against the tower Thursday. Her daughter is a 5th grader at Lakeview.

“If it's not removed, we will remove our kids,” said Tomasello.

Maria worries that the tower's waves could, at worst, cause cancer.

“I don't want her coming here and being exposed on a daily basis,” said Tomasello. 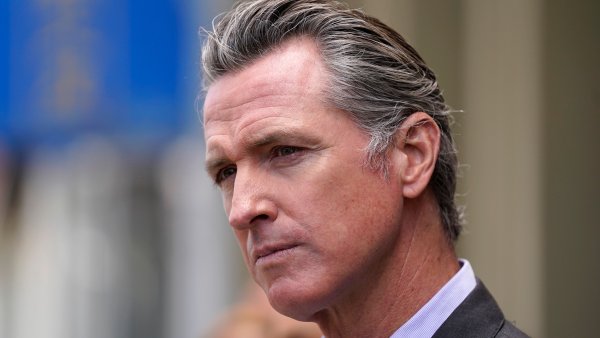 While there is little evidence to support that idea, according to the American Cancer Society, there are some, and parents claim it's enough to worry them.

They say there is a large unknown, and they’re not alone. Superintendent Andy Johnson agrees.

“It's the emissions from the tower. We just don't know what the effects would be,” said Johnson, who claims he was blindsided when the AT&T tower was put up earlier this month.

“It wasn't a project that the school district was involved with at all,” he said.

He thought that the new ordinance protected the school, but it turns out the county approved the tower's location months before the ordinance was passed.

In a statement into NBC 7, County Supervisor Dianne Jacob said in part, "the problem is that the federal communications commission since 2018 has handcuffed our ability to regulate the placement of these towers."

“This is a whole realm that's really outside of our jurisdiction,” said Johnson.

“I just don't want our kids to be the guinea pigs to, say 5 years down the road, to say, 'Yeah, we shouldn't have put the tower there,' after they get sick,” said Tomasello.

Parents are passing out flyers calling on AT&T to move the tower.

A statement from AT&T said in response, “This small cell site was approved by local authorities and built-in compliance with all applicable laws and ordinances. We deploy small cells to find solutions that best meet the needs of our customers.”

A meeting between AT&T, the school district, the county, and some parents is scheduled next week.

We will let you know what comes from the meeting.