Over the next five days, the schedules will drop for SDCC's lineup of virtual events from July 22-26. All will be viewable by all on YouTube

San Diego Comic-Con 2020 is going to be different, there's no doubt about it. There will be no packed-to-the-max Hall H at the San Diego Convention Center or costumed enthusiasts roaming the streets of downtown San Diego this summer.

But there will be panels -- virtual panels, of course.

Comic-Con International (CCI) has released its first slate of virtual panels for its "Comic-Con @ Home" event. In traditional SDCC fashion, the lineup dropped exactly two weeks before they would be viewable to the public on CCI's YouTube page. 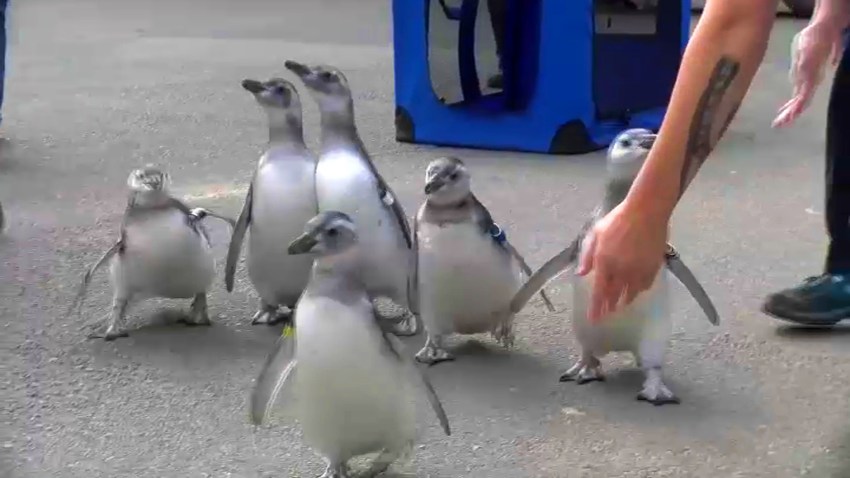 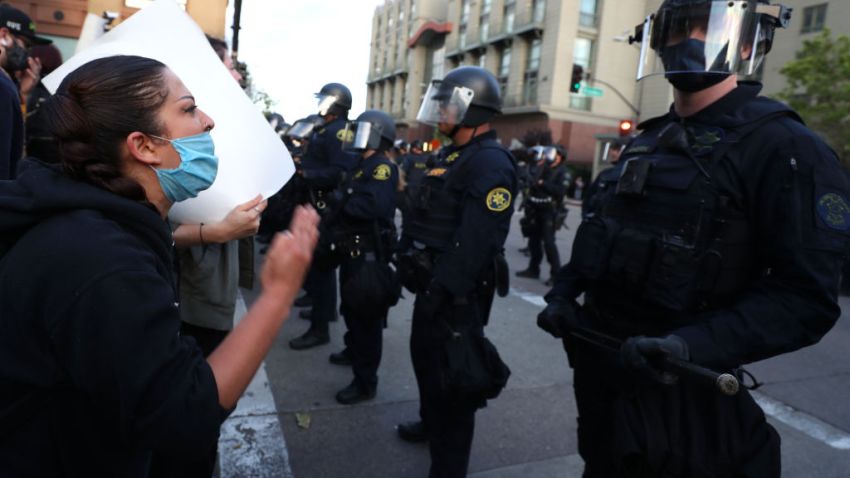 They're still "lining up," wandering the convention floor and shopping the merch but they're not actually at the San Diego Convention Center. NBC 7's Audra Stafford shares how three SDCC-goers are making the most of this year's Comic-Con@Home.

Fans can read descriptions of the panels and use the online scheduling tool MySCHED to save their favorites. Then, during what would have been SDCC 2020's actual run from July 22 to July 26, fans will be able to tune into the virtual panels on YouTube.

In all, CCI promises more than 350 separate panels over the five-day event. Click here for more information.

Here's some of the highlights from this year's lineup:

Teaching With Comics
3 p.m., Watch here
These educators use comics to teach their students. They reveal their practices and theories behind this method.

Star Trek Universe Virtual Panel
10 a.m., Check here for link to livestream
In true Star Trek fashion, the fan-favorite series explored new frontiers when it crossed over onto CBS All Access. The casts and producers of "Star Trek: Discovery" will gather virtually for a discussion of the show. Plus, the people behind the new animated series "Star Trek: Lower Decks" and Star Trek: Picard" will join in.

Amazon Prime Video: "Utopia"
1 p.m., Watch Here
There are some big names behind Amazon Prime Video's latest project, "Utopia," an eight-episode thirller about a group of young comic fans who discover a conspiracy theory in a graphic novel is real and must prevent the end of the world. "Gone Girl" author Gillian Flynn produces the series starring John Cusak, Rainn Wilson, Sasha Lane and more.

Collider: Directors on Directing
2 p.m., Watch here
The directors of "Alita: Battle Angel," "Jurassic World: Dominion" and "Top Gun: Maverick" share industry secrets of their craft and what they're working on.

SYFY: The Roast of Todd McFarlane
2 p.m., Check here for link to livestream
Funnyman Seth McFarlane becomes the butt of the joke in this roast celebrating his new SYFY Wire documentary film "Todd McFarlane: Like Hell I Won't."

The Science of "Back to the Future"
3 p.m., Watch here
It's one of pop culture's most beloved films but do you really know how any of it works? The Fleet Science Center and IDW take a closer look at how those gadgets Doc Brown invented and the time travel he discovered work. Plus, the panel will introduce a new crossover -- Back to the Future and Transformers!

NBC's "Superstore"
3 p.m., Check here for link to livestream
Join the cast and showrunners of NBC's workplace comedy "Superstore" for an hour of funfilled conversation about their favorite moments. You may even get a taste of what to expect next season. (Disclaimer: NBC 7's parent company owns Superstore.)

The Mandalorian and His Many Gadgets
10 a.m., Watch here
How do you become the best bounty hunter in the galaxy? With the best technologies and gadgets of course. In this panel, experts take a look at Mondo's gear.

Marvel Comics: The Next Big Thing
11 a.m., Watch here
What's next from the comic book giant? Marvel Editor-in-Chief C.B. Cebulski is joined by some of the franchise's top creators to showcase what's next for their comic universe. Viewers can expect updates on Empyre!, X of Swords and Amazing Spider-Man #850.

Bob's Burgers
4 p.m., Watch here
Get a belly full of laughs and a behind-the-scenes look at the upcoming season of Bob's Burgers during this virtual panel. Joining the panel will be H. Jon Benjamin, John Roberts, Kristen Schaal, Eugene Mirman, Dan Mintz, and Larry Murphy and some promised never-before-seen footage.

Cosmos: Possible Worlds
10 a.m., Watch here
Making its network debut this fall on FOX, the latest installation in the Cosmos franchise, Cosmos: Possible Worlds, takes audiences on a series of spiritual voyages of exploration revealing previously uncharted realms, including lost worlds and worlds to come, and those that we may one day inhabit in a thrilling future we can still have.

Back to the Moon and Beyond With Nasa
11 a.m., Watch Here
The panel, hosted by William Shatner, will include NASA astronauts Nicole Mann and Kjell Lindgren as well as space technology expert LaNetra Tate, and spacesuit engineer Lindsay Aitchison, who are working to get humanity back to the moon and beyond!

DC@Home Day Two
11 a.m., Check here for link to livestream
Be sure to drop in on this panel to hear from DC's hottest talent about their latest works and how they're making DC and The World's Greatest Super Heroes the home for fans of great superhero storytelling worldwide!

Agents of S.H.I.E.L.D. - The Stories and Science of Mutants, Androids, Space Travel and Aliens
3 p.m., Watch Here
For seven seasons Marvel's Agents of S.H.I.E.L.D. has managed to take us on one wild ride after another. The show is coming to an end with season seven, which premiered on May 27, and we are excited to celebrate the show with this panel.

Over30Cosplay: Virtual Costuming and Cosplay Advice and Support for the Mature Cosplayer
10 a.m., Watch Here
This panel and the ever-growing team encourage cosplayers to enter the costuming community ready to contribute to the popular art-form and culture called cosplay!

Jack Kirby 101: An Introduction
11 a.m., Watch Here
Comic-Con legend Mark Evanier (onetime Jack Kirby assistant, and author of Jack Kirby: King of Comics) and The Jack Kirby Collector's John Morrow (TwoMorrows Publishing) join The Jack Kirby Museum's Tom Kraft and Rand Hoppe for a discussion that will provide an introduction to Jack Kirby, the man, his work, and his influence on comics, comic conventions, and the culture at large.

Comic-Con Film School
12 p.m., Watch Here
This is a nuts and bolts class on how to make a movie for very little money using available video hardware and software. Whether you're shooting your first Fortnite fan film or that story about the leather-clad girl who hunts vampires, this course will take you from script to final product so that you too can enter your own movie into the CCI: IFF.

Women On The Dark Side
12 p.m., Watch Here
Not all female artists/creators are about unicorns and glittery vampires and silly pseudo-bondage. Some women create truly dark and challenging art and content, with just a touch of humor and whimsy.

Check back here each day from July 8 - 12 for some of the highlights from each schedule drop.

When the coronavirus pandemic canceled large gatherings in mid-March, comic book fans wondered what would happen to their beloved San Diego Comic-Con.

Two months later, the dreaded reality came to light as organizers canceled the 2020 event that was expected to draw hundreds of thousands to San Diego, as it does every year. It was the first time in 50 years the event had been canceled.

But Comic-Con International, the non-profit organization behind one of the biggest pop culture conventions in the world, announced they would be taking the show online.

Artists, who would normally have their graphic novels, artwork and collectible items seen by thousands on the exhibit hall floor of the San Diego Convention Center, were able to showcase their work in a virtual “Artists’ Alley."

Comic-Con also plans to release a 2020 Souvenir Book as a downloadable PDF. For fans of Comic-Con, the annual program – filled with artwork, short articles, and panel schedules – is often a keepsake or even a place to collect autographs from comic book artists and celebrities. The Comic-Con website said the PDF will be released around the date the convention was supposed to start.

San Diego Comic-Con organizers expect the event to return in its full, heroic fashion at the San Diego Convention Center from July 22 to July 25, 2021.