Christopher VanBuskirk, 46, is accused in six sex assaults over the past two decades, including four knifepoint attacks in San Diego

A man convicted of separate knifepoint sex assaults in Southern California dating back to 1995 will spend the next half century in prison, a judge decided Thursday.

Christopher VanBuskirk, 47, was arrested in Goodyear, Arizona, on April 29, 2019 in connection with the sex assaults, four of which date back 24 years.

He was extradited to San Diego face charges for four of the cases, which allegedly happened in San Diego County over the course of three months in 1995.

According to investigators, the first knifepoint sex assault happened on Aug. 18, 1995. Three more similar attacks followed between that date and Nov. 17, 1995.

SDPD Lt. Shawn Takeuchi told NBC 7 that investigators have spoken to the four San Diego victims and said they were each "shocked and ecstatic" to hear of VanBuskirk's arrest.

The first assault – on Aug. 18, 1995 – happened on the 11100 block of Clairemont Mesa Boulevard near the Tierrasanta Recreation Center.

In her impact statement, read to the court by her mother prior to VanBuskirk's sentencing, the victim explained how she was jogging when she saw VanBuskirk's "scary, masked face," emerge from the bushes.

"I asked if you were going to rape me, and you said yes," she said in her letter, who as 18 years old at the time of the attack.

She detailed the uncomfortable investigation that followed, and explained how after she was examined by police "I was given a 'morning after' pill so that I would not become pregnant with your demon child. Thank goodness for that."

The victim also told the court how she has panic attacks now when her teenage daughter goes out alone.

"I know that God in heaven forgave you a long time ago. I wouldn't be that nice. And I encourage you to read the bible as you face your long dark days in your prison cell," she said in closing.

The second assault took place on Oct. 10, 1995, on the 7300 block of Mesa College Drive. Takeuchi said that victim was attacked while inside her daughter’s apartment.

The victim read her own impact statement in court.

The victim explained how she arrived at her apartment with her hands full and flipped on the light with her elbow. She was immediately grabbed from behind and a gloved hand covered her mouth.

"I don't know how long it took because I was so afraid of what was coming next," she said.

Her boyfriend walked into the apartment moments after and police were called. She remembered racing to the bathroom to try and clean herself but officers instructed her not to.

"As if the rape wasn't enough, having to be put through a examination to collect samples and evidence only compounded my agony. It was another experience I would never wish on my worst enemy," she said.

She went on to explain the moment an SDPD detective investigating the case knocked on her door last year to tell her about VanBuskirk's arrest.

"I burst into tears of shock and disbelief. I thought I would die without knowing who raped me. I wanted to hug the detective, but I couldn't. I asked him to leave and come back with a woman so I could feel safe giving him a hug," she said. 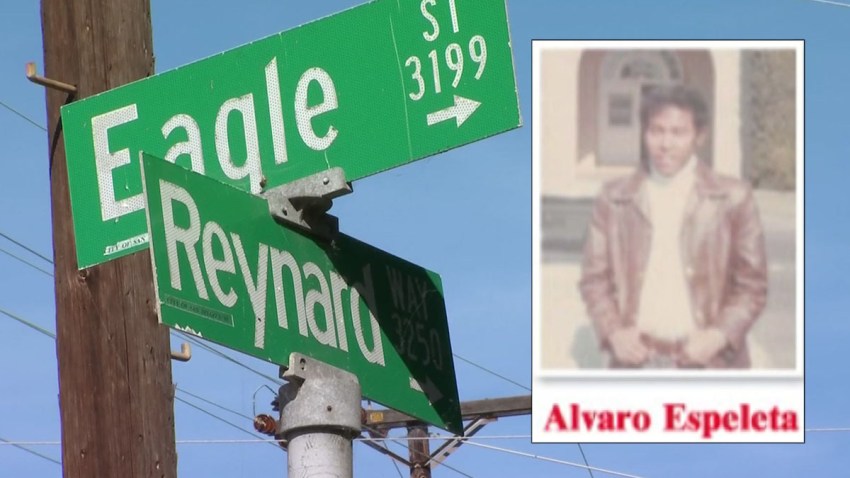 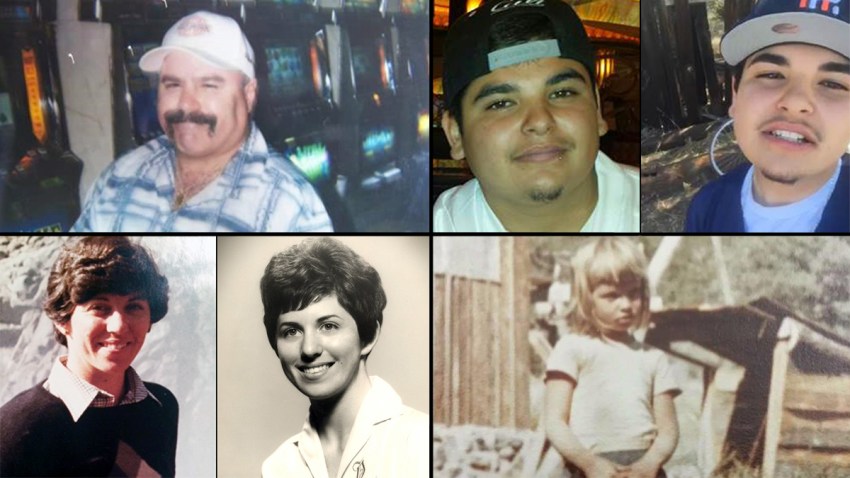 She pleaded for the judge to give VanBuskirk the maximum sentence allowed.

The third sex assault came on Nov. 14, 1995, when a victim was attacked inside her home on the 3800 block of Catamarca Drive.

In her victim statement, she explained how she came home after a college class -- she was 20 at the time of the rape -- and was confronted inside by a masked man who put a knife to her throat and threatened to kill her if she made any noise.

"The terror and fear that I experienced is not something I can explain," she said.

That fear has followed her every day of the 24 years that have passed since the rape, the victim said.

"I've made life decisions, such as not having children because I felt like it would be impossible to protect them from bad things," she explained.

"This is an event that I will never get over. The fear that I have about being alone is forever. The trust issues are forever and the negative impact is forever, and he did this to me," she added.

NBC 7's Dave Summers explains how SDPD and the FBI were able to identify a suspect more than 20 years after the crimes.

Three days later – on Nov. 17, 1995 – the suspect struck again. That time, a victim was attacked inside her home on the 1900 block of Missouri Street.

In all four cases, investigators collected DNA samples. All four samples belonged to the same suspect, but investigators, at that time, were not able to identify the suspect.

The suspect linked to a series of sexual assaults has been arrested years after the crimes thanks to a public genealogical database. NBC 7’s Danny Freeman has more.

In 1999, when the San Diego Police Department began participating in the Combined DNA Index System, investigators were still unable to find a match for the mystery DNA samples collected at the sex crimes four years prior.

Then, in March 2002 and November 2004, DNA samples were collected from two victims of sexual assaults in Riverside County. Both of those victims were attacked at knifepoint; the samples matched SDPD's mystery samples from the 1995 cases.

A man has been arrested after being accused of a string of sexual assaults dating back to 1995. NBC 7’s Catherine Garcia has more.

Nearly 15 years later, investigators finally got their big break in the case they had long been after.

In February 2019, the SDPD's Sex Crime Unit reached out to the FBI for help. The two agencies worked together and, with the help of public access genealogical databases, were able to identify a potential suspect in all six sex assault cases: VanBuskirk.

Through their investigation, officials identified direct family members of VanBuskirk whose DNA was then compared to the samples developed from evidence at the scenes of the crimes.

Investigators traced VanBuskirk's whereabouts to Arizona, where he was most recently living, and arrested him.

An extradition document filed with the Maricopa County Superior Court in Arizona after VanBuskirk's arrest stated the suspect is married and has a child. He had been living with his family in Goodyear, Arizona, for the past seven years, the document said.

Investigators said anyone who believes they may have been a victim of VanBuskirk can reach out to San Diego police.