Thousands on Virus-Hit Cruise Ship Await Their Turn to Leave

Thousands of increasingly bored and restless passengers aboard a cruise ship struck by the coronavirus waited for their turn Tuesday to get off the vessel and go into two weeks of quarantine at military bases around the U.S.

Passengers wearing masks trickled out of the Grand Princess and walked to the bottom of a ramp, where masked officials in yellow protective gear and blue plastic gloves took their temperature and led them to a tent for more screening before they lined up to board a bus.

After days of being forced to idle off the Northern California coast, the ship docked Monday at Oakland with about 3,500 passengers and crew, including at least 21 who tested positive for the new virus. 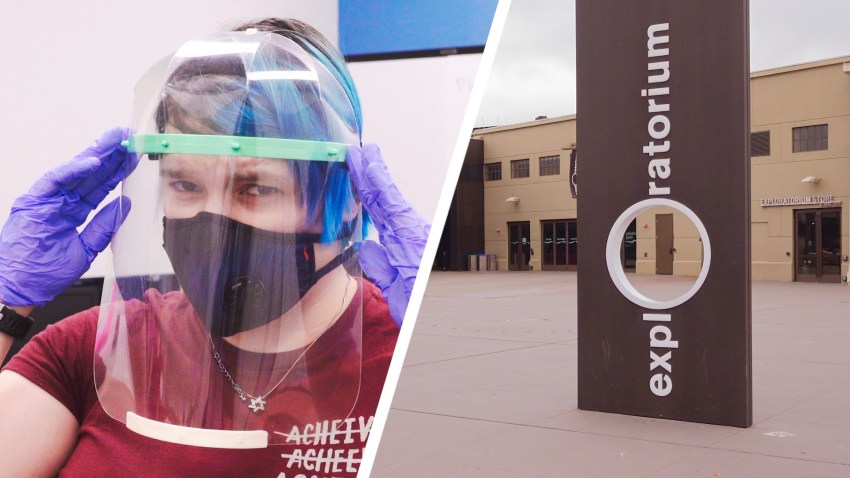 Protecting the Front Line: How a Museum and a Maker Space are Designing Safety Gear for Hospitals

"We're trying to stay calm and were trying to stay positive, but it's getting harder and harder. They can't make up their minds how to keep us safe,'" said passenger Beryl Ward, 77, of Santa Fe, New Mexico.

The slow evacuation of the 951-foot ship began Monday. About two dozen people who needed acute medical care were taken off first, though it was unclear how many of them were infected, California emergency authorities said. Also, more than 200 Canadians on board were flown to a military base in their country, Canadian officials said.

About 2,000 passengers, including hundreds of Californians, were still aboard Monday night. Authorities said foreigners from more than 50 countries would be flown home, while U.S. passengers would be flown or bused to military bases in California, Texas and Georgia for testing and 14-day quarantines.

The Grand Princess ship had been held off the coast since Wednesday because of evidence that it was the breeding ground for more than 20 infections tied to a previous voyage.

Passengers were isolated in their cabins for days. When they were finally allowed a few minutes on deck, Ward said, they were warned to wear masks and try to stay 6 feet (2 meters) away from each other.

"They were queuing up the passengers like cattle," Wright said. "Everybody was bunched up. They were physically touching each other and they were backed up along the gangplank."

She added: "I'm just totally freaked out by that. It's outrageous. If that's safe, then why were we stuck in our rooms? It's been stressed for the past five days that we're not to have any contact with any other passengers?"

Wright and others said they weren't being told details of what was happening.

"I'm willing to be quarantined," Wright said. "But I want to know if I'm positive or not. We don't even know if we're going to get tested. It's all rumor and speculation."

"I'm bored and frustrated," she added. "All of a sudden a two-week vacation has turned into a five-week vacation."

About 1,100 crew members, 19 of whom tested positive for the virus, will be quarantined and treated aboard the ship, which will dock elsewhere after passengers are unloaded, Gov. Gavin Newsom said. He and Oakland's mayor sought to reassure people that no passengers would be exposed to the public before completing quarantine.

Another Princess ship, the Diamond Princess, was quarantined for two weeks in Yokohama, Japan, last month because of the virus. Ultimately, about 700 of the 3,700 people aboard became infected in what experts pronounced a public health failure.

The virus has infected over 700 people in the U.S. and killed at least 27, many of them from a single nursing home in the Seattle area.

The virus has shaken global markets, with stocks Monday taking their worst one-day beating on Wall Street since 2008 and oil prices suffering their most brutal losses since the start of the 1991 Gulf War.

For most people, the virus causes only mild or moderate symptoms such as fever and cough. For some, especially older adults and people with existing health problems, it can cause more severe illness, including pneumonia. Most people recover in a matter of weeks, as has happened with three-quarters of those infected in mainland China.