The Sierra snowpack, which melts in spring and flows into reservoirs, is a critical factor in California's water supply

State water officials trudged into the Sierras for California's third snowpack survey of the season Wedneday, and the results were among the best in years.

The key measurement is snow water equivalent -- the depth of water that theoretically would result if the entire snowpack melted instantaneously. Wednesday's SWE at Phillips Station, 90 miles east of Sacramento in the Sierra Nevada mountains, was 43.4 inches. The March 1 average at the site is 24.3 inches.

February's reading was 28 inches, up from January's 6-inch total.

The current water year, which runs from Oct. 1 to Sept. 30, is on pace to be the wettest in California Department of Water Resources records. A series of winter storms have hammered the Sierra range with snow, bumping the critical statewide snowpack to 185 percent of normal for this time of year. 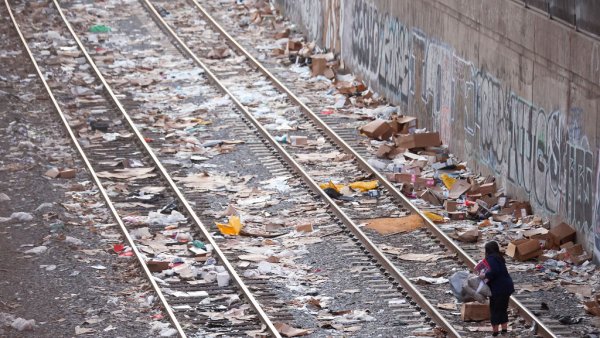 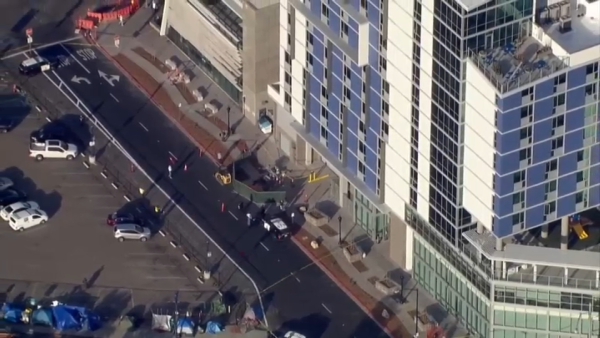 The manual survey at Phillips Station was the second to last of the season. The site has been measured each winter since 1941. It's one of hundreds that will be measured at the beginning of March to determine how much water the snowpack will yield when it melts in spring and runs into the state's reservoirs.

At the southern end of the Sierra Nevada -- with the highest mountain peaks -- more than double the normal amount of snow has piled up. The snowpack along the 400-mile mountain range provides about 30 percent of California's water.

The state has benefited from several strong storms that have knocked out drought conditions in parts of California after a five-year dry spell. At this time last year, 94 percent of the state was in drought -- that figure plummeted to 17 percent, according to last week's U.S. Drought Monitor report, released each Thursday.

The severity of the dry spell was illustrated during previous snowpack surveys, including March 2016 when statewide snowpack was 83 percent of normal. At Phillips Station, snowpack depth was 58 inches.

The situation was markedly worse the previous year, when snow depth was a dismal 6.5 inches at Phillips Station with a water content of 1 inch. By the time of the last snowpack survey of the season on April 1, 2015, Gov. Jerry Brown and DWR officials stood on bare patches of dry grass.

Brown later ordered residents to use less water at home -- a first for California. In the state that leads the nation in producing fruits, vegetables and nuts, some farmers drew down wells to grow their crops; others left fields unplanted.

The bleak scenario began to ease last year. In recent weeks, heavy storms flooded some areas of California. For a time, officials feared Oroville Dam, the nation's tallest, could burst. Tens of thousands of people were evacuated.

Only a swaths of Santa Barbara, Ventura and extreme northwest Los Angeles counties, and a portion of southeast California remain in severe drought.