Improved weather conditions helped slow the spread of the wildfire threatening communities on the southern end of Lake Tahoe.

Firefighters reported progress Wednesday in the battle to save communities on the south end of Lake Tahoe from an approaching forest fire after the stiff winds and searing temperatures they had feared failed to materialize in the California-Nevada alpine region.

“We lucked out a little bit yesterday with some of the winds that didn’t come up quite as hard as we expected them to," Tim Ernst, an operations section chief, told firefighters in a morning briefing.

"What is happening here is unprecedented." This would normally be a blue sky, but it's clouded with smoke from the Caldor wildfire still burning in California. Near Lake Tahoe, NBC Bay Area reporter Bob Redell joined LX News Now to talk about the fire.

An inversion layer, a cap of warm air over cooler air, then developed in the early morning hours “that put a real damper on things, slowed a lot of growth,” Ernst said. "So a lot of opportunity to make a lot of progress last night.”

The Caldor Fire has been burning toward Lake Tahoe from the southwest along California Highway 50, climbing over a high-elevation Sierra Nevada summit and descending into the Tahoe Basin. It is one of about a dozen major wildfires burning in California as the state enters what is historically the most dangerous time of the year for wildfires.

“We were fortunate the fire did not make as strong a push into Tahoe as it did the previous day," Ernst said. 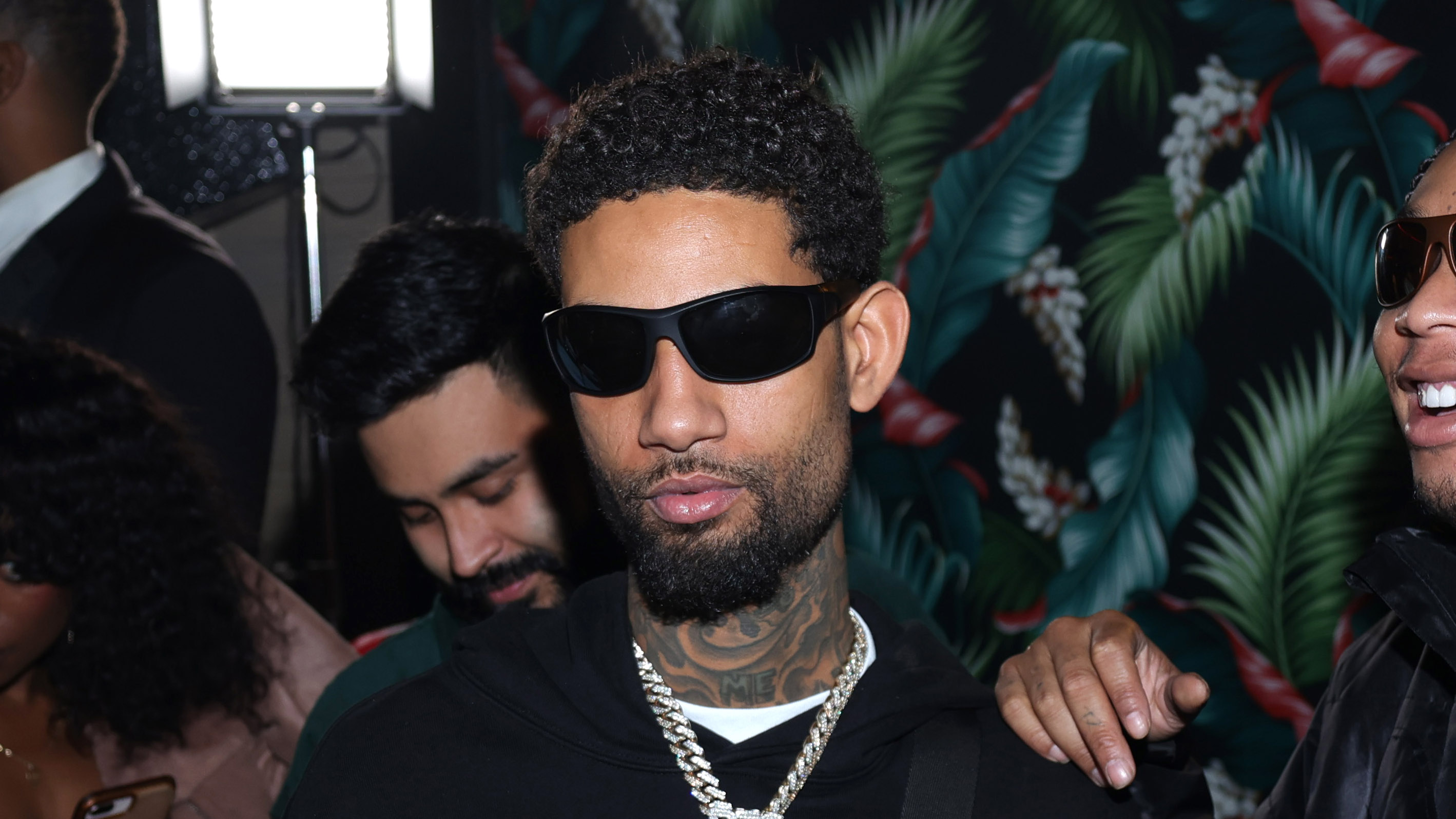 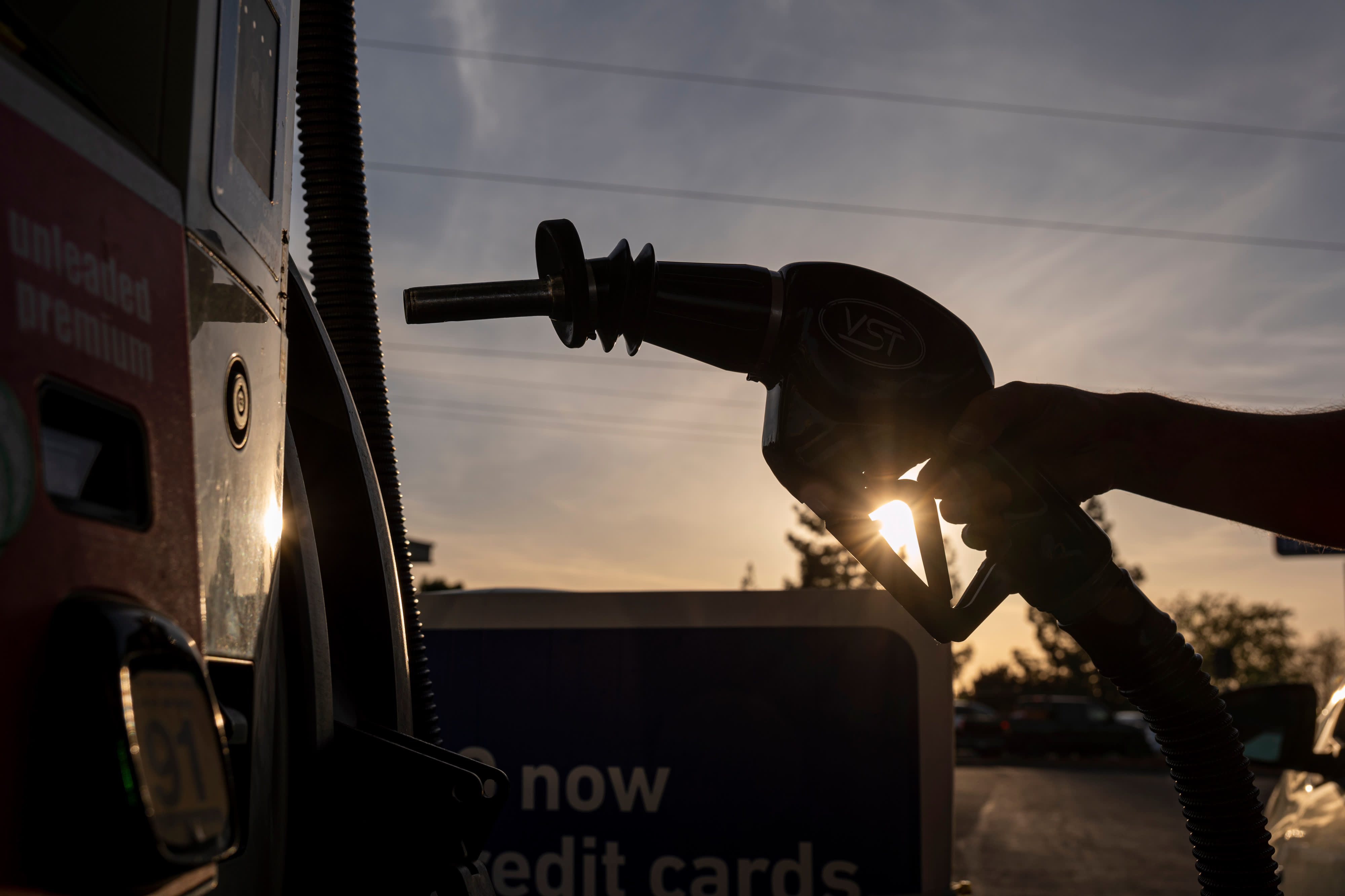 Despite the positive developments, firefighters were warned that critical weather conditions remained and they would likely face gusty, swirling winds all day.

Thick smoke from the Caldor Fire has enveloped the city of South Lake Tahoe, which is all but deserted at a time when it would normally be swarming with tourists. On Monday, roughly 22,000 residents jammed the city’s main artery for hours after they were ordered to leave.

South Lake Tahoe city officials said only a handful of residents defied Monday’s evacuation order. But nearly everyone was monitoring the winds, which could determine whether flames bypass the city.

Tom O'Connell and his wife, Linda, awaited the fate of their home while anchored on their sailboat in Ventura Harbor. The two-bedroom they've owned for 40 years survived the Angora Fire that destroyed about 250 houses in 2007. They didn't know if they'd be lucky again.

“You worry about the things you can have some control over,” O’Connell said. “We’ve no control over this.”

Pushed by strong winds, the Caldor Fire has crossed two major highways and swept down slopes into the Tahoe Basin, where firefighters working in steep terrain were protecting remote cabins. The fire has destroyed at least 700 homes and other structures, but officials say it's too early for an accurate assessment of the destruction.

The fire, which is threatening at least 33,000 more homes and structures, has scorched nearly 320 square miles since breaking out Aug. 14. It was 20% contained.

The Lake Tahoe area attracts 15 million visitors every year and is beloved by locals and international jet-setters alike as a recreational paradise offering beaches, water sports, hiking, ski resorts and golfing. South Lake Tahoe, which borders a portion of the famous lake, bustles with outdoor activities while just across the state border in Stateline, Nevada tourists can gamble at major casinos.

As flames moved toward the Heavenly ski resort on the California-Nevada border, officials turned on the mountain’s snow-making machines to increase humidity and slow down any flames.

To his wife's dismay, John Rhodes, 60, did not evacuate but stuck around to defend the couple's neighborhood in an unincorporated area south of South Lake Tahoe that burned in the 2007 fire.

Rhodes and his neighbors, including several off-duty firefighters from other California agencies, wrapped homes in hoses and ran sprinklers to create a perimeter around the neighborhood to supplement official firefighting work nearby.

As a rookie firefighter, he admitted to butterflies.

“I was anxious about how I would stand up near the hot spot. These guys are trying to get me all coached,” Rhodes said, pointing toward his firefighter friends, who declined to talk to a reporter.

The Caldor Fire not only emptied out South Lake Tahoe, but parts of neighboring Stateline, Nevada. Casinos, however, were excluded from the order and as of Wednesday, were still open. Their hotel rooms were housing evacuees, fire crews and other emergency personnel.

More than 15,000 firefighters, with help from out-of-state crews, were battling dozens of California blazes, including another monstrous blaze in the same area.

The Dixie Fire is the second-largest wildfire in state history at 1,320 square miles. The weeks-old fire was burning about 65 miles (105 kilometers) north of the Lake Tahoe-area blaze and prompted new evacuation orders and warnings this week.

Climate change has made the West much warmer and drier in the past 30 years and will continue to make weather more extreme and wildfires more frequent, destructive and unpredictable, scientists say. Threat of fire is so widespread that the U.S. Forest Service announced this week that all national forests in California would be closed until Sept. 17.

A firefighter injured while battling the Caldor Fire last weekend was expected to be hospitalized for a month after undergoing skin grafting surgery. Richard Gerety III of Patterson, California, suffered third-degree burns over 20% of his body, the Modesto Bee reported.

Laura Forvilly had planned to stay as long as possible in her Stateline condominium, but her adult children persuaded her to pack up Tuesday and leave in advance of an evacuation order.

Forvilly, who runs boat cruises on the lake, said she took a carload of “all the wrong things -- clothes, of course,” as well as keepsake photos, belongings that can’t be replaced and her three dogs. She arrived at her sister’s house in nearby Reno, where the air was clear and blue.

She’s not worried about her yacht or home. But she’s surprised at how close the fire is.

“I’m so sad our beautiful Tahoe is going through this,” Forvilly said. “It’s hard to believe it’s actually happening this close to where we all live and work.”