A brush fire that started in Orange County's Aliso Woods Canyon tore through thick brush on a hillside and burned into a neighborhood at the top of the canyon in Laguna Niguel.

Residents remained under evacuation orders early Thursday after a brush fire fanned by ocean winds charged up a hillside and quickly burned at least 20 homes in a Laguna Niguel neighborhood.

The Coastal Fire burned nearly 200 acres after it started early Wednesday afternoon in Aliso Woods Canyon. There is no containment, but wind speeds are expected to decrease Thursday after 20- to 30-mph gusts pushed flames into the hilltop neighborhood.

About 900 homes remained under evacuation orders Thursday morning. Video from NewsChopper4 showed spot fires early Thursday as firefighters appeared to gain ground on the fire between Laguna Niguel and the neighboring city of Laguna Beach. 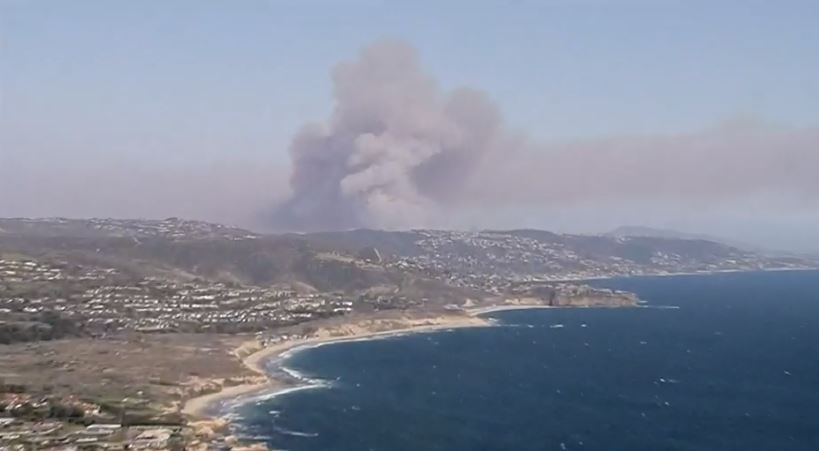 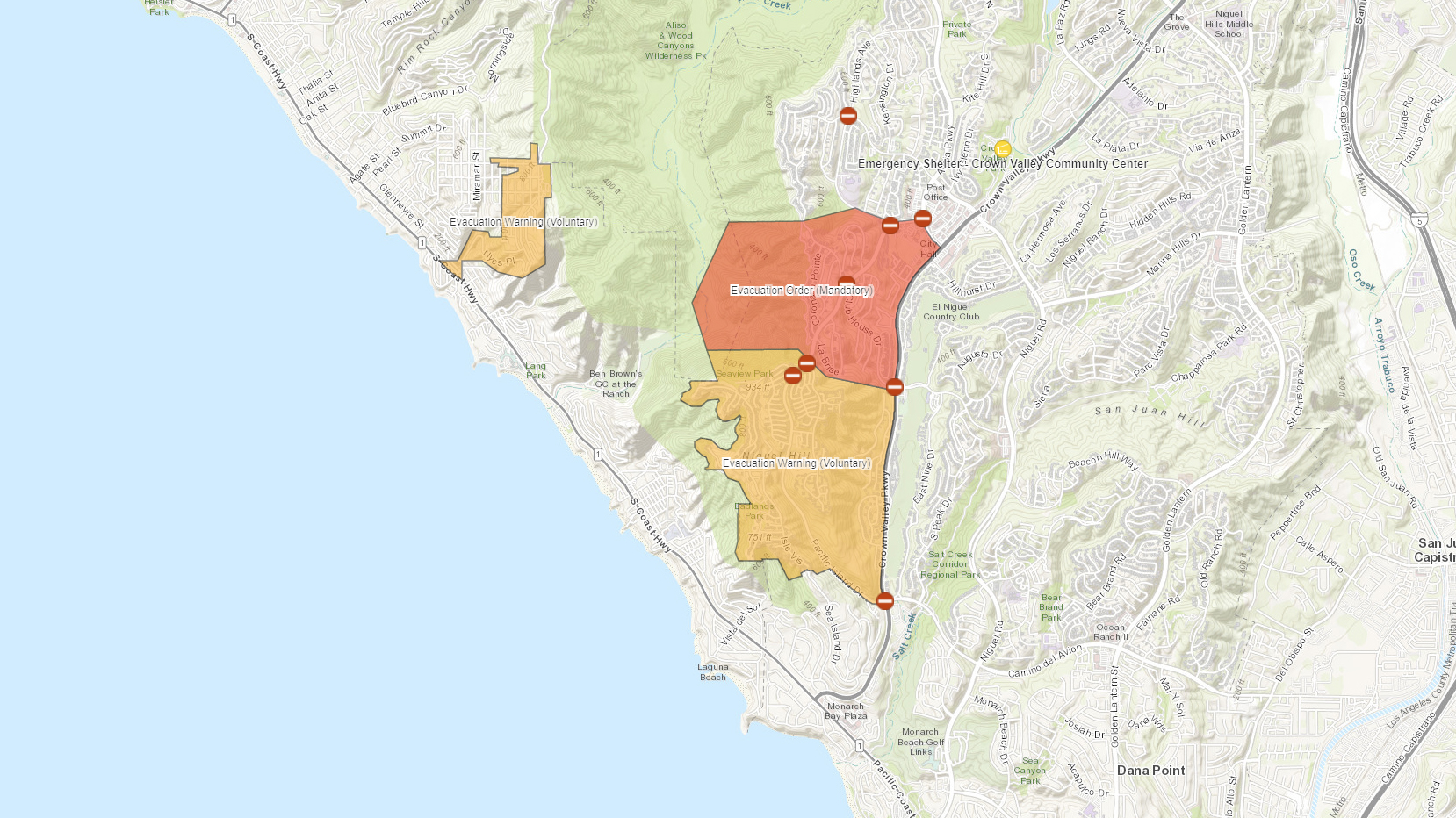 On Wednesday at the base of Coronado Pointe, one of the evacuated areas, panicked families gathered as firefighters tried to slow flames and smoke darkened the sky.

"I saw flashes of fires just coming in my house and that's the time I left with my wife," said Abi Farsoni, who left his computer, and everything he owns. "It's horrible for residents. You don't know if your home is still there. We don't know. I have a lot of things. I didn't have time to take them."

He later found out his home was still standing.

Flames reached several estates on a hillside overlooking the ocean. It was only a matter of minutes before many were destroyed by the relentless fire, which cast wind-strewn embers onto rooftops.

Water-dropping aircraft were part of the fight to keep flames from spreading.

How did the Laguna Niguel fire start?

Authorities have yet to determine a cause of the wildfire.

"Our thoughts are with the community members whose homes have been damaged and those who are being (or were) evacuated because of the Coastal Fire, and we are coordinating with fire agencies as needed to ensure firefighter safety," the utility said in a statement. "Our top priority is the safety of customers, employees and communities, which is why we continue to enhance our wildfire mitigation efforts through grid hardening, situational awareness and enhanced operational practices."

The ESIR reports are required for certain types of incidents. The report is intended to make the CPUC aware of the circuit activity so the agency can investigate.

Electrical equipment has been linked before to the ignition of destructive California wildfires, which spread quickly in strong winds.

Last year, the state Public Utilities Commission approved a settlement placing more than half a billion dollars in fines and penalties on Southern California Edison for its role in five wildfires in 2017 and 2018.

What areas remain under evacuation orders?

Evacuations were ordered in the Coronado Pointe and Pacific Island Drive areas, while voluntary evacuation orders were issued in the Balboa Nyes and Moulton Meadows neighborhoods in Laguna Beach. Students taking part in after-school activities at Laguna Beach High School were also evacuated, according to the school district.

Video shows the destruction left by the Coastal Fire a day after it burned homes in Laguna Niguel.

Check here for an interactive map of evacuations, road closures and shelters for the Coastal Fire in Orange County.

A smoke advisory was issued Thursday for parts of the area. Smoke could be seen for miles along the Orange and Los Angeles county coasts.

The U.S. West is facing mega-drought that has left hillsides covered in dry brush that provides fuel for wildfires. California is coming off one of it driest winters on record, adding to concerns about how quickly brush fires can spread, especially in windy conditions.

The nation's most populous state is in its third straight dry year.

Through May 6, more than 1,500 wildfires have burned 6,700 acres in California, according to CalFire statistics. Last year during the same timeframe, about 1,900 wildfires burned more than 13,200 acres.

The state's five-year average for that time period is 1,156 wildfires and 5,893 acres burned.