In the United States, nursing home residents account for nearly 1 in 10 of all coronavirus cases and more than a quarter of the deaths

The muffled, gagging sounds in the background of the phone call filled Monette Hayoun with dread.

Was her severely disabled 85-year-old brother, Meyer, choking on his food? Was he slowly suffocating like the Holocaust survivor who died a few months earlier in another of the care home’s bedrooms, a chunk of breakfast baguette lodged in his throat?

Meyer Haiun died the next day, one of the more than 14,000 deaths that tore through care homes for France’s most vulnerable older adults when they were sealed off to visitors during the coronavirus’ peak.

Three months on, the questions plague Monette: How did her brother die? Did he suffer? And, most gnawing of all, who is responsible?

“All the questions that I have about Meyer, maybe the truth isn’t as bad as what I imagine,” she says. Still, she adds, “You cannot help but imagine the worst.”

As families flock back to nursing homes that first reopened to limited visits in April and more widely this month, thousands no longer have mothers, fathers, grandparents and siblings to hug and to hold.

With graves so fresh that some still don’t have headstones, grieving families across the country are increasingly demanding a reckoning, turning to lawyers to try to determine why almost half of France’s nearly 30,000 COVID-19 deaths hit residents of nursing homes, scything through the generations that came of age after World War I, endured the next world conflict and helped rebuild the country.

Many homes had few, even no deaths. But others are emerging with their reputations in tatters, having lost scores in their care. Increasingly, homes are facing wrongful death lawsuits accusing them of negligent care, skimping on protective equipment and personnel, and lying to families about how their loved ones died and the measures they took to prevent infections.

Because COVID-19 proved particularly deadly for older adults, nursing homes across the globe quickly found themselves on the pandemic's front lines. In the United States, nursing home residents account for nearly 1 in 10 of all coronavirus cases and more than a quarter of the deaths. In Europe, care home residents account for one-third to nearly two-thirds of the dead in many countries.

To stave off infections, many homes sealed themselves off. In France, the government closed access to the country's 7,400 medicalized facilities for the most dependent older adults on March 11, six days before putting the entire country in lockdown. But by then, the coronavirus already was starting to take its toll.

A fat yellow file of complaints on the desk of Paris lawyer Fabien Arakelian is one measure of the fury of families determined to get answers. The first complaint he filed targeted a home that he says lost 40 of its 109 residents; the pile has only grown since.

Arakelian himself lost his grandfather in a nursing home before the pandemic.

“Unlike these families, I was lucky enough to be able to accompany him to the end, give him a final kiss, say a final goodbye. They didn’t get that, and it can never be given back to them,” he says. “That’s why I am fighting.”

When asked about the campaign rally President Trump held in Tulsa, Okla., last week, Vice President Pence defended the decision to move forward with the event despite the rising number of coronavirus cases across the U.S. The vice president also avoided answering if he was concerned that his own inconsistent use of face masks was sending the wrong message.

An urgent need for answers also is driving Olivia Mokiejewski. Among them: Why did the care-home worker she saw sitting next to her grandmother when they video-chatted during lockdown not wear a mask or gloves and also pass the phone from one person to the next without disinfecting it?

Her grandmother, Hermine Bideaux, was rushed to the hospital 11 days later, after her worried granddaughter asked a family friend who is a doctor to be allowed to visit her. The doctor said he found the 96-year-old in a desperate state -- barely conscious, feverish and severely dehydrated. Diagnosed in the hospital with COVID-19, she clung on for three days before dying April 4.

Mokiejewski has filed a manslaughter and endangerment suit accusing the Korian Bel Air home on the southwest outskirts of Paris of failing to prevent the spread of the disease. That was followed by a suit brought by the niece of an 89-year-old who sat with Mokiejewski’s grandmother during the video call and who died two days after her.

Signaling that the accusations warrant looking into, Paris-region prosecutors have accepted both complaints and five others like them and turned them over to police investigators.

Korian, a market leader in the industry, says the residence isn't at fault.

"The staff fought daily, day and night, to protect the residents with a lot of courage and lots of devotion," said Emmanuel Daoud, a lawyer for the home.

Mokiejewski has set up a support group for families seeking redress called the 9,471 Collective, named for the number of care-home deaths on May 5, when the group was founded. She acknowledges that evidence-gathering could be a challenge.

“Everything happened behind closed doors, among people with cognitive disorders,” she says. “They are perfect victims, perfect witnesses for this type of establishment. They have no memories. They’re no longer sure. They’re lost. Their friends have gone.”

Arakelian’s latest suit was filed this week on behalf of Monette Hayoun, alleging manslaughter and endangerment in the March 26 death of her brother in the Amaraggi Residence in Paris.

The director at Amaraggi, reached by telephone, said she did not want to be quoted. The charitable foundation that manages the home did not respond to requests for comment from The Associated Press.

In emails to residents’ families, managers had acknowledged at least 19 deaths among its 80 residents in March and April. Meyer was among the first to go.

As a child, Meyer had contracted diphtheria and meningitis, and raging fevers damaged his brain. He had a knack for memory games and was able to recite family birthdates and phone numbers, but couldn’t alert people when he was thirsty or hungry. On the sliding scale used in France to measure dependency, Meyer was graded GIR 1, reserved for people in beds and wheelchairs who require continual care. 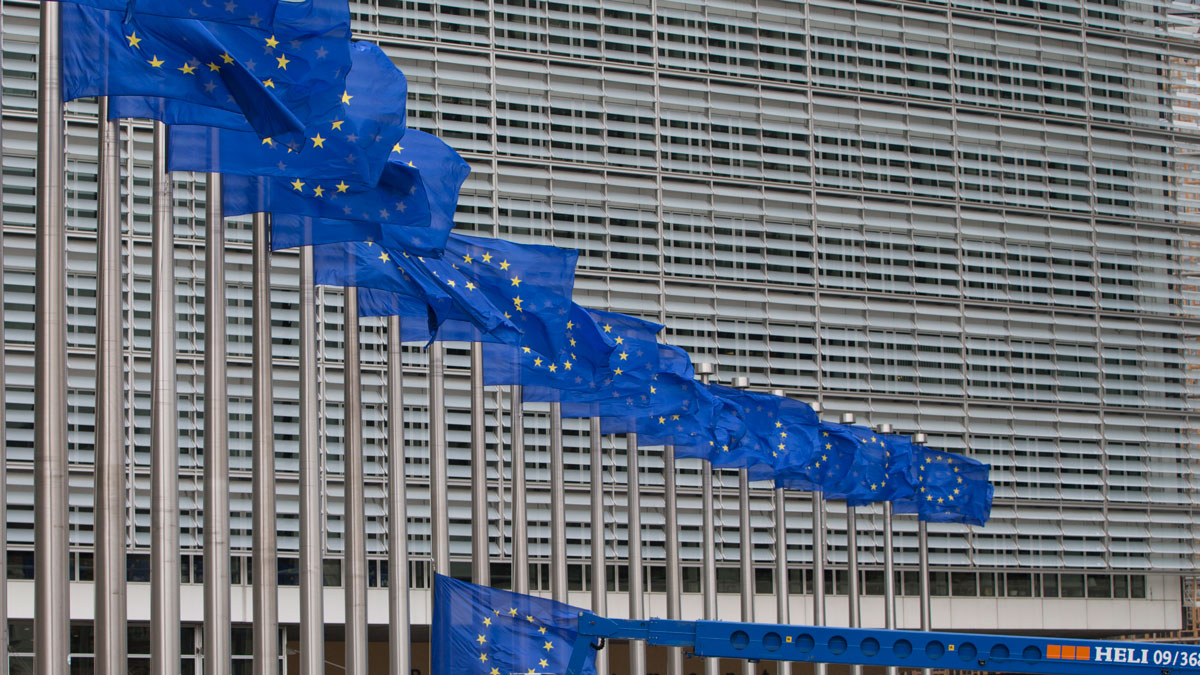 EU Closer to Barring Travelers From US, Where Coronavirus Is Surging 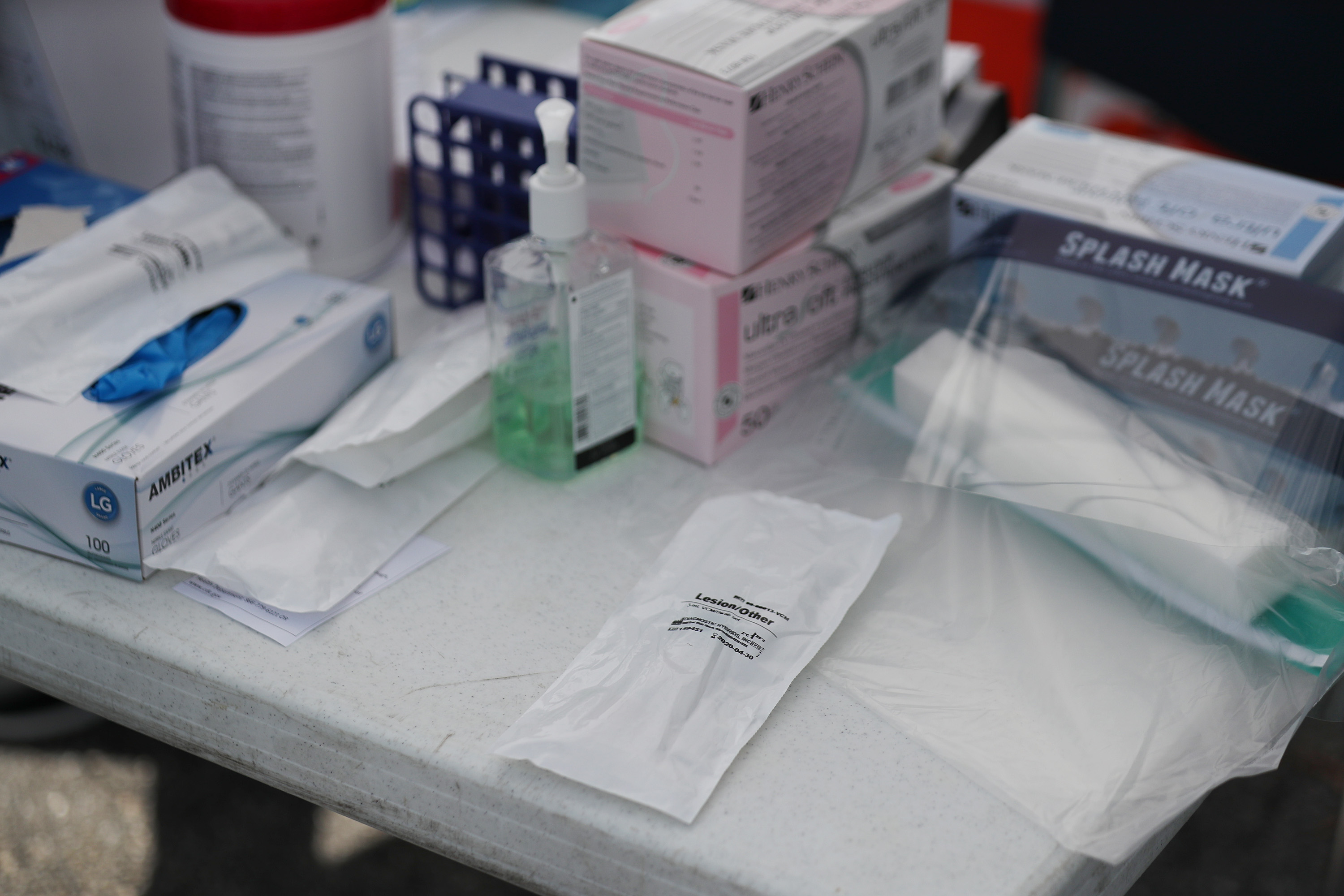 What Is Pooled Testing? How Lessons From the HIV Epidemic Could Help Fight COVID-19

When Amaraggi closed its doors in March, Monette told her two other brothers that Meyer would not survive without his daily visits from two external assistants the family had hired to keep him fed, hydrated, clean and clothed. On March 10, one of the brothers, Robert Haiun, a doctor, wrote to the home’s managers, pleading for an exception to the no-visitors rule.

“The Amaraggi Residence is permanently under-staffed,” the brother wrote. “In this particularly delicate period, this under-staffing risks becoming worse as the workload increases for all the staff and residents become fragile. By taking away this help for lunch, the afternoon snack and the evening that we have put in place for Meyer, Amaraggi is shouldering a great responsibility that we cannot accept because this concerns our brother’s life.”

Meyer’s helpers tried gaining access in subsequent days, but were turned away, the family says.

In lockdown, only Robert was able to use his status as a doctor to visit Meyer, twice. The second visit filled him with despair: He felt Meyer had the same exhausted look as their mother when she died at age 105 in 2017.

Robert says the home’s doctor called the afternoon of Meyer’s death to say he suspected he was falling sick himself with COVID-19 and was leaving. But first, he promised to put Meyer on an intravenous drip because Robert was concerned his brother was too weak to eat or drink and was becoming dehydrated.

About three hours later, the doctor called again: A nurse had found Meyer dead in his room.

Robert says that when he asked about the drip, “He told me, `I gave the order but I don’t know if it was done.’”

Dr. Christopher King from Georgetown University breaks down the health disparities in the Black community that make them more susceptible to to dying from Covid-19.

He is torn about taking legal action.

“It will be very difficult to prove that there was clear and flagrant neglect,” he says. “At best, we’ll prove negligence and what will that solve?”

Already, the difficulty of gaining information has evidenced itself: Only on May 4, after repeated pleas from relatives, did managers disclose that 19 residents had died, saying they previously withheld that information because “it appeared to us to be particularly worry-inducing and harmful to communicate this data to the families.”

The family of the 82-year-old Holocaust survivor who choked to death last September has chosen not to file suit, dissuaded by the prospect of taking on the home’s operator — the Casip-Cojasor Foundation, headed by Eric de Rothschild, a scion of Europe’s most famous banking dynasty.

The foundation has a long, proud history of assisting needy Jews, and Meyer Haiun's parents were among those who benefited from its charity when they moved from Tunisia to France in the 1960s.

Philippe Chekroun, the son-in-law of the man who choked, said he felt it “would be pointless for just two or three of us to go up against a machine, a steamroller like the Casip.”

Florida, Texas and California have seen an explosion in new cases over the past few days, breaking daily records in new cases reported by state. The first coronavirus task force briefing in nearly two months resumes this afternoon.

“How can you go to trial against people like that, knowing that the person who controls all this is the Rothschild family?” he said. He asked that his father-in-law’s name not be published.

But Monette Hayoun cannot let go: She feels she betrayed the promise she made to their mother that she would always protect her brother.

A week after Meyer’s death, the family received a brief email from Amaraggi’s chief nurse, saying: “He didn’t call out for anyone and didn’t leave a message.”

That was no comfort for his family: Meyer barely spoke, and he could not write.