As Coronavirus Cases Rise, More of California Shuts Down

The state's average number of daily cases, hospitalizations and intensive care cases began rising in mid-October. The rate of infections climbed from 2.9% two weeks ago to a new seven-day average of 4.2%.

More areas of California must impose restrictions on businesses to try to curb a resurgence of the coronavirus that has hospitalizations rising as they did in June when the state imposed a statewide mask requirement, state officials said Tuesday.

Three of California's largest counties are among 11 statewide with sufficiently high numbers of infections to trigger state-mandated limits on business operations. Meantime, San Francisco, which has the lowest virus case rates among California's major cities, voluntarily imposed new restrictions, including a ban on indoor dining.

San Diego, Sacramento and Contra Costa counties all moved backwards in the state's four-tiered system for reopening, which is based on virus case and infection rates. 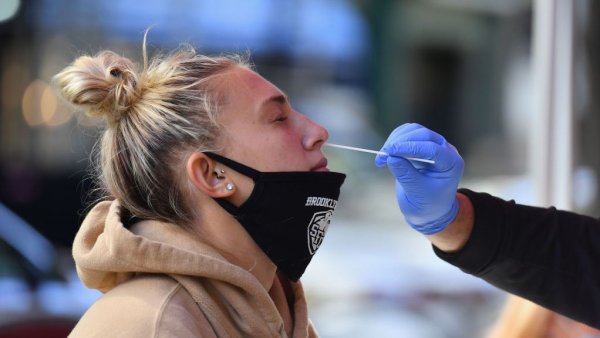 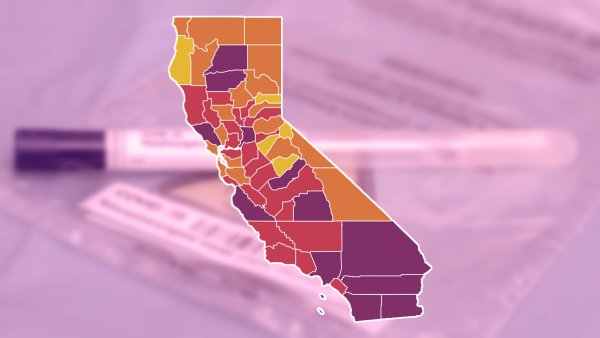 “We are certainly seeing, almost all across the state, an upward trajectory," said Dr. Mark Ghaly, the state’s secretary of health and human services. If trends don't ease by next week, he said, “over half of California counties will have moved into a more restrictive tier.”

Every Tuesday the state updates its 58 counties’ progress toward reopening. The lower the cases and positivity rate, the fewer restrictions there are for businesses and certain activities in that county.

Thirty-eight of California’s counties were in the most restrictive tier when the state launched the new system at the end of August. That number fell to 10 as case rates declined statewide into October but now is at 12, including four of the five largest counties — Los Angeles, San Diego, Riverside and San Bernardino.

The state's average number of daily cases, hospitalizations and intensive care cases began rising in mid-October. The rate of infections climbed from 2.9% two weeks ago to a new seven-day average of 4.2%.

"We hadn’t seen test positivities above 4 since the end of August, early September,” Ghaly said.

California imposed the nation's first statewide stay-home order in March. Cases plateaued in early spring, then began sharply rising in June after much of the state's economy was reopened.

Shutdowns were ordered and cases peaked mid-summer, then began a sharp decline until last month. Hospitalizations have risen more then 25% in the past two weeks to more than 3,000, where they were when the June spike occurred but far below the high-water mark of more than 7,000 in July.

Residents of San Diego County, California’s second most populous with 3.3 million people and an over-achiever among large counties for much of the pandemic, “got lulled into complacency,” Supervisor Nathan Fletcher said. “Unfortunately, COVID-19 doesn’t get complacent, it doesn’t get fatigued, it doesn’t get tired.”

But it's not just major population centers that are seeing increases. Rural Modoc, Siskiyou and Trinity counties in far Northern California moved one step back from the least restrictive categories.

The new restrictions bring increased dilemmas for restaurants, houses of worship and other businesses and institutions that must keep activities outside just as California’s wet, windy and cooler winter arrives. Schools may have to continue remote instruction instead of renewing in-person classes.

Health officials largely blame gatherings of family and friends for the increases. While the infection rate in the nation’s most populous state remains much lower than the country as a whole, they fear the trend will accelerate as relatives gather for the holidays and spend more time inside during winter months.

“We’re seeing groups of people gather indoors and coming into close contact for longer periods of time,” Humboldt County Deputy Health Officer Dr. Josh Ennis said. “We’ve been talking about the confluence of COVID and colder weather for months, and now that time is here.”

The problem is worse among adults 18-34, who tend to carpool, work in closer proximity and “be a little more social," said Stanislaus County Public Health spokeswoman Kamlesh Kaur.

San Francisco, which has from the start of the pandemic taken a very aggressive approach to combatting the virus, announced Tuesday it will halt indoor dining starting Saturday, including at food courts and restaurants and at bars that serve food. High schools that have not yet reopened indoors will not be able to do so and gyms and movie theaters will have to cut back capacity.

“Making a decision to support opening a business, and then asking that business to close, it is heartbreaking, it is very, very unfortunate, but it is necessary,” Mayor London Breed said.