AstraZeneca shares fell more than 6% in after-hours trading Tuesday after the company said its late-stage trial for a potential coronavirus vaccine had been put on hold due to safety concerns.

"This is a routine action which has to happen whenever there is a potentially unexplained illness in one of the trials, while it is investigated, ensuring we maintain the integrity of the trials. In large trials illnesses will happen by chance but must be independently reviewed to check this carefully," the company said in a statement to CNBC.

It said it was trying to expedite the review to "minimize any potential impact on the trial timeline."

"We are committed to the safety of our participants and the highest standards of conduct in our trials," the company said. 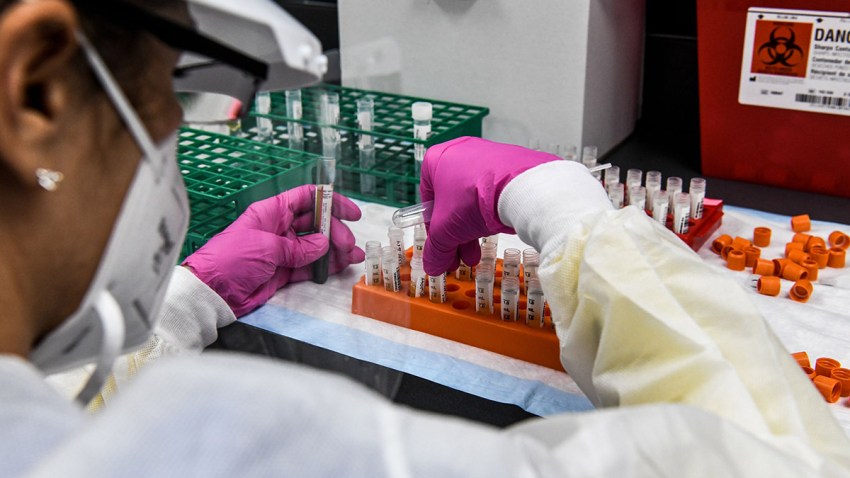 An individual familiar with the development said researchers were told the hold was placed on the trial out of "an abundance of caution" after a suspected serious adverse reaction in a participant in the United Kingdom, according to STAT News.

It’s unclear how long the hold on the trial will last. AstraZeneca began its trial late last month and is one of three companies currently in late-stage testing for a potential vaccine. The other two are Pfizer and Moderna, which both began their trials in late July.

The U.S. government announced May 21 that it would pay AstraZeneca up to $1.2 billion for its experimental vaccine developed alongside researchers at the University of Oxford.  The U.S. will receive at least 300 million doses of the vaccine as part of its investment.

AstraZeneca’s vaccine, called AZD1222, uses genetic material from the coronavirus with a modified adenovirus. It uses technologies used to make an experimental Ebola vaccine, which was provided to people in the Democratic Republic of Congo in late 2019.

In July, the company published data that showed its vaccine produced a promising immune response in an early-stage trial.

The vaccine was found to be well-tolerated and there were no serious adverse events, according to the researchers at the time. Fatigue and headache were the most commonly reported, they said. Other common side effects included pain at the injection site, muscle ache, chills and a fever.

The development comes as polls suggest Americans are already concerned about the safety of potential coronavirus vaccines.

According to a recent USA TODAY/Suffolk Poll, two-thirds of voters say they won’t get the coronavirus vaccine as soon as it becomes available.