'If you’re not going to help, at least get out of the way of people trying to do the right thing,' Biden said.

President Joe Biden on Tuesday called on resistant Republican governors to “get out of the way” of vaccine rules aimed at containing the more transmissible and dangerous COVID-19 variant. He backed city and private mandates requiring people to be vaccinated to go about some daily activities.

Speaking from the White House, Biden sharply criticized Florida Gov. Ron DeSantis, Texas Gov. Greg Abbott and other officials who have moved to block the reimposition of mask mandates to slow the delta strain of the virus. The strain is surging in their states and other parts of the country that have large numbers of unvaccinated people.

“If you’re not going to help, at least get out of the way of people trying to do the right thing," Biden said.

Biden endorsed New York City's move to require vaccinations to dine indoors or go to the gym, as well as corporate moves to require vaccines to return to work, and said more localities and businesses should follow suit. Such policies have been barred to varying degrees in at least seven GOP-led states. 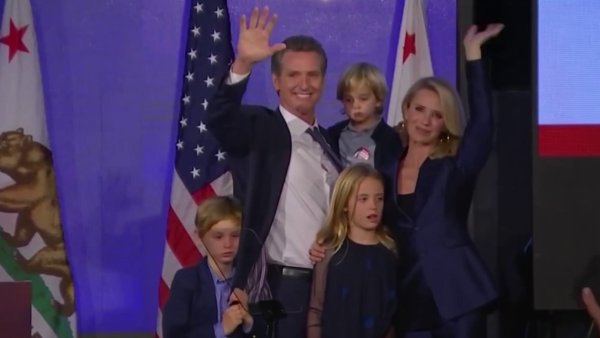 A rise in infections in the U.S., fueled by the highly contagious delta strain of the virus, led U.S. public health officials last week to recommend that even people who have been fully vaccinated against COVID-19 resume wearing face coverings in some public indoor settings.

After months of dangling carrots of incentive to Americans to get vaccinated — including million- dollar cash lotteries and opportunities to earn free college tuition — the Biden administration is looking to wield a stick by making it harder for people to remain unvaccinated without seeing their daily lives disrupted.

As he seeks to drive up vaccinations at home, Biden is also spotlighting his administration's progress in sharing shots with the rest of the world — an initiative helped in part by the slowed pace of domestic vaccination that has increased the nation's stockpile of doses. Roughly 90 million eligible Americans aged 12 and over have yet to receive one dose of vaccine.

Biden announced that the U.S. has donated and shipped more than 110 million doses of COVID-19 vaccines to more than 60 countries, ranging from Afghanistan to Zambia.

Biden has promised that the U.S. will be the “arsenal of vaccines” for the world, but while notable, the 110 million doses the U.S. has donated largely through a global vaccine program known as COVAX represent a fraction of what is needed worldwide.

The White House said in a statement Tuesday that U.S. at the end of August will begin shipping 500 million doses of Pfizer vaccine that it has pledged to 100 low-income countries by June 2022.

Biden had pledged to ship more than 80 million doses overseas by the end of June, but had only been able to share a fraction of that due to logistical and regulatory hurdles in recipient countries.

The pace of shipments picked up significantly through July.

Under Biden’s sharing plan, about 75% of U.S. doses are shared through COVAX, which aims to help lower- and middle-income nations, with the balance being sent to U.S. partners and allies.

The White House insists that nothing is being sought in return for the shots, contrasting its approach to Russia and China, which it alleges have used access to their domestically produced vaccines as a tool of geopolitical leverage.