California Prepares for Coronavirus Surge in Week Ahead

Gov. Gavin Newsom on Monday announced the creation of the California Health Corps to help combat the pandemic in the state.

Californians endured a weekend of stepped-up restrictions aimed at keeping them home as much as possible while hospitals and health officials scrambled Sunday to ready themselves for a week that could see the feared dramatic surge in coronavirus cases.

Testing among the state's 40 million residents has stepped up significantly after a slow start and officials have warned the increase will bring with it a rapidly expanding number of cases. A tally by Johns Hopkins University found more than 5,700 cases statewide and at least 122 deaths.

Gov. Gavin Newsom on Monday announced the creation of the California Health Corps to combat the pandemic in the state. The state is looking for physicians, pharmacists, dentists and more to assist with health care needs. You can register here.

In Southern California, people were kept off beaches and hiking trails that normally would have been swamped with visitors during this sunny weekend. A stay-at-home order restricts people to all but essential outside activities such as buying food and including only outdoor exercise such as walking or running near home that doesn't put them within 6 feet (1.8 meters) of another person.

“We need all Angelenos to respect these orders, so we can slow the spread of COVID-19,” Los Angeles Mayor Eric Garcetti said in a tweet. “Do your part. Your city is counting on you. Lives depend on us staying safer at home.” 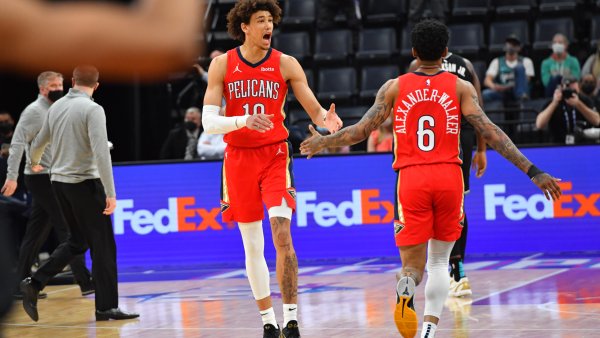 Senior homes in Burbank and Yucaipa reported at least three deaths this weekend in potential outbreaks.

Vernon Robinson, a resident of the Alameda Care Center in Burbank, died Thursday in the hospital after his wife, Willa, said he had tested positive for COVID-19. The 81-year-old had Alzheimer's disease and underlying heart and lung conditions.

“That's not the way I wanted him to leave here,” Willa Robinson, 71, told The Associated Press. “He deserved more.”

Acting County Health Officer Dr. Erin Gustafson said in a statement that officials were working to test residents and employees at the facility, but did not specify how many people live and work there.

The U.S. had over 130,000 infections and 2,300 deaths, according to the latest tally kept by Johns Hopkins University, though the true number of cases is thought to be considerably higher because of testing shortages and mild illnesses that have gone unreported.

The government's top infectious-disease expert warned Sunday that the coronavirus outbreak could kill 100,000 to 200,000 Americans as smoldering hotspots in nursing homes and a growing list of stricken cities heightened the sense of dread across the country.

Dr. Anthony Fauci, director of the National Institute of Allergy and Infectious Diseases, made the dire prediction of fatalities on CNN, adding that millions in the U.S. could become infected.