Virus Crisis Cuts Off Billions Sent to Poor Around the World

"I’m doing really badly. There’s no money, and no work. If you get sick here, you die"

Until a month ago, Diana Leticia Hernández sold face cream door to door in Miami. Her husband painted houses. The money fed their family and at least six relatives in Honduras.

Hernández has sold nothing since last month due to fear and social-distancing restrictions in South Florida. Her husband hasn’t worked either. This month, for the first time since shortly after their arrival in the United States 16 years ago, they weren’t able to send home about $300 to help their families with food, rent, medicine and school bills.

In the Honduran town of Villa Nueva Cortez, Hernández’s mother Teonila Murillo is running out of money to buy insulin for her diabetes, and Hernández’s brother doesn’t know if he’ll be able to make his $60 rent next month.

"I’m doing really badly," Murillo told The Associated Press. "There’s no money, and no work. If you get sick here, you die."

The devastation wrought by COVID-19 across the developed world in cutting into the financial lifelines for people across Latin America, Africa and Asia.

The World Bank estimates that a record $529 billion was transferred to developing countries through official channels in 2018, the latest year for which figures are available. Billions more moved unrecorded in cash. Many of those remittances are sent home by people who work in service jobs or occupations, like day labor, that have no monthly paycheck and are worst affected by the global shutdown. Some also come from migrants who have entered countries without legal status and are ineligible for part of the massive aid packages uncorked by advanced economies.

With coronavirus shutting down industries, many earners in Miami, Las Vegas, London, and other economic centers can no longer afford to send their monthly $50, $100 or $200 to Honduras, Somalia or India. The shock waves are pushing their relatives to desperation.

Across Africa, where remittances have grown to surpass foreign aid and direct foreign investment and some $82 billion flowed in during 2018 alone, untold millions of people are already feeling the pinch. One money-transfer company in Europe sending funds to Africa saw an 80% drop in volume in a single week, the Washington-based Center for Financial Inclusion said last month.

In Somalia, Abdalla Sabdow, a former security guard and a father of six, made his way through Mogadishu last week to check on the $200 he receives monthly from his cousin Yusuf Ahmed, a taxi driver in the U.S. But the money was late. His cousin, like many in the U.S., had been confined to his home for almost three weeks, unable to work.

6.6 million people applied for unemployment benefits last week shattering the previous record of 3.3 million from the week before.

"I came back empty-handed," an anxious-looking Sabdow said, after peering under the partition as workers, one wearing a face mask and gloves, fanned through stacks of crisp $100 bills. "I asked the counter to double-check my name, but nothing has been forthcoming. Time is running out ... It is very distressing."

With three of his small children piled onto his lap at home, he worried about falling behind in rent, no small thing in a city where camps of hundreds of thousands of internally displaced people are a constant reminder of the fragility of circumstances.

"This month we had a big problem," his cousin, Ahmed, later explained by phone. He hoped to send the money the following week.

Remittances make up more than 5% of GDP in at least 13 African nations, sometimes far more, the Brookings Institution said last month. Kenya’s remittances are now its largest source of foreign exchange, its president said in December. More than a third of all remittances to Africa come from the European Union, and other significant sources are North America, Gulf nations and other African countries. Informal remittances, though not tracked in World Bank and other data, are estimated to be the source of billions of dollars more.

"We’re going to begin to see a contraction in the economy," said Olayinka David-West, a professor at the Lagos Business School in Nigeria, said in a recent seminar held by the Center for Financial Inclusion. Africa’s top oil producer is also the biggest recipient of remittances in sub-Saharan Africa, with the money exceeding its revenues from petroleum.

Central America, a region heavily dependent on remittances from the United States, could see a 20% drop, from $23.9 billion last year to $19.12 billion this year, said Jonathan Menkos, director of the Central American Institute of Fiscal Studies.

Across all of Latin American and the Caribbean, remittances from the U.S. could drop between 7% and 18% this year, from last year’s $75 billion total, according to the Washington-based Inter-American Dialogue.

"It is a wide range, and the largest drop may be more accurate unfortunately,″ said Dr. Manuel Orozco, director of migration, remittances and development at the think tank.

In the largely indigenous Guatemalan town of Joyabaj, half of the 100,000 residents depend on remittances, almost all from the U.S.

Rosa López, 18, left a money-transfer office last week holding her 2-year-old son and $100 sent by her sister, who works at a dairy in Texas. The dairy has cut working hours in half, forcing the sister to cut back the money she sends.

The money that came last week will allow López and seven other relatives to buy rice, beans and other basics, but they may have to stop paying the light and water bills, she said. 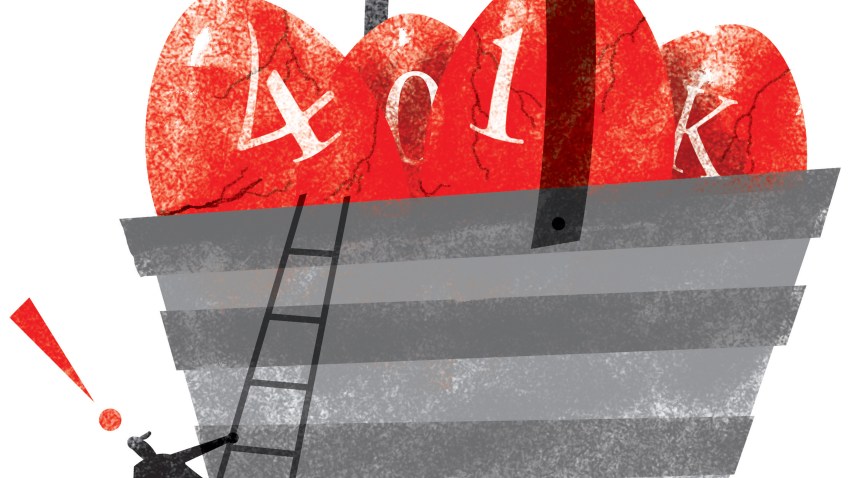 "We need to figure out a way not to die of hunger," López said. "She’s the only one who’s helping the entire family."

One of the most remittance-dependent countries in the world is Haiti, where $3 billion in money sent from abroad makes up about 30 percent of the gross domestic product.

Juliette Andre, a 25-year-old nursing student in Port-au-Prince, used to receive $150 monthly from her aunt who cares for elderly people in Brooklyn, New York. In March, Andre received a total of $50.

"That doesn’t represent anything in Haiti because the cost of living quadrupled," she said last week. "We are going to be struggling for a while."

Asia is the top recipient of remittances in the world, with India getting the largest amount in the world in 2018 at $79 billion, followed by China at $67 billion, according to the World Bank. The Philippines is also in the top five recipients of remittances.

President Donald Trump on Tuesday said his administration will "look into" putting a hold on U.S. funding to the World Health Organization, stating they "missed the call" on the coronavirus pandemic.

In India, the southern state of Kerala accounts for almost 19% of the total remittances to the country. Tens of thousands from the state work in various Gulf countries and send money home. The tourism-reliant local economy has been badly hurt by the 21-day lock-down across India and the families who depend on remittance money are growing concerned.

In the last month, Sajeela Mol, a 36-year-old homemaker in Kerala’s Mallapuram district, hasn't received any money from her husband Shabeer Ali, who works at a fast-food restaurant in Jeddah, Saudi Arabia. Mol lives with her four school-age children and an ailing mother-in-law. The family is dependent on the $150 her husband sends every month.

With the restaurant shut due to the lockdown, Mol said her husband is unsure if he will receive his salary.

"If my husband has no money, I don’t know what will he send home for his family," said Mol.

Evens Sanon in Port-au-Prince, Mohamed Sheikh Nor in Mogadishu, Somalia, and Subramoney Iyer in New Delhi contributed to this report.