Public health officials say they’ve launched a new call center to connect Angelenos to resources, and text message support for those in need during quarantine at 1-833-540-0473.

For the fourth time in the past week, Los Angeles County reported a record number of COVID-19 patients in area hospitals, while health officials said the recent spike in cases can be attributed to people failing to adhere to social distancing and other infection-control measures.

According to the county Department of Public Health, 2,232 people were hospitalized due to the coronavirus as of Monday, up from Sunday's record number of 2,216. Health officials said 26% of those patients were in intensive care.

The county announced another nine deaths due to the virus, although one of those fatalities was reported previously by health officials in Pasadena. Fatality numbers announced by the county are often lower on Mondays due to lags in weekend reporting. 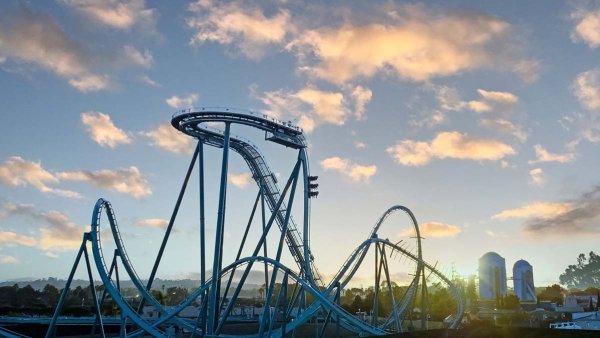 The new deaths lifted the countywide total to 4,104.

Another 3,160 cases were confirmed by the county, raising the overall total from the start of the pandemic to 159,045. Public health director Barbara Ferrer said the average daily positivity rate among people tested for the virus over the past seven days was about 8% -- above the statewide rate of 7.2%.

Health and elected officials, most notably Los Angeles Mayor Eric Garcetti, have warned in recent days that the area is on the brink of returning to stricter stay-at-home orders that might mean more widespread business closures and restrictions on public activities.

County officials said Monday the way to avoid such a move is clear -- more vigilance about wearing face coverings in public, practicing physical distancing, avoiding public gatherings and parties and family get-togethers, and ensuring proper hygiene such as hand-washing.

The forced closure of schools is making education for some parents very expensive. Kim Baldonado has the story about a rise in demand for tutors on the NBC4 News at 4 p.m. From July 20, 2020.

County public health director Barbara Ferrer gave a detailed presentation Monday about contact-tracing efforts, which can help track where patients became infected and get people who may have been exposed to quarantine themselves to stop future spread.

But she said contact-tracing alone cannot stop the spread of the virus due to the "sheer magnitude'' of the community spread of the illness.

"The number one driver of the surge that we're experiencing today is simple to identify,'' she said. "People are interacting with each other and they're not adhering to the recommended prevention measures. Contact tracing will not solve that. We know that people are tired and they are frustrated, and we know for many of you, you're also scared.

"But we do know that the best most proactive actions at our disposal to contain the spread of this virus is the proper and consistent use of face coverings, paired with physical distancing and hand hygiene,'' Ferrer said.

"This is a community effort. we have the power to slow the devastating spread of this virus.''

She said contact tracing does play a major role in the county's effort to get ahead of the spread and reach people who may be unknowingly spreading the virus.

Ferrer said the county is allocating $10 million to outreach efforts to community organizations to ensure residents get connected with services and support if they have to isolate or quarantine.

The county has also begun offering $20 gift cards as an incentive for people who test positive for the virus to take part in the contact-tracing interview process, an hourlong process that Ferrer acknowledged can be stressful and requires people to look through their calendars and work schedules to identify their movements over recent weeks.

Ferrer said the county has also established a call center that coronavirus-positive patients can call -- 833-540-0473 -- to be connected with available resources. The county is also starting to use text messaging to keep in touch with people under quarantine orders to check on their condition, she said.

"Our hope is that through better communication and the availability of additional support, individuals who are positive and their close contacts will be willing to work with public health to avoid spreading the virus,'' she said.

Late last week, public health officials said a rare but serious and potentially deadly inflammatory syndrome believed to be associated with the coronavirus has now been identified in 15 children in Los Angeles County. Of the children, 73% were Latino, representing a disproportionate burden for the ethnic group. Latino residents are the largest ethnic group in L.A. County, making up about half of the county's residents.

Nationally, about 70% of the cases of the inflammatory syndrome have been either Latino or Black patients, the Los Angeles Times reported.

Multi-system inflammatory syndrome in children, or MIS-C, can cause different parts of the body to become inflamed, such as the heart, lungs, kidneys, brain, skin, eyes or gastrointestinal organs, according to the U.S. Centers for Disease Control and Prevention. Symptoms include fever, pain in the abdomen, vomiting, diarrhea, neck pain, rash, bloodshot eyes and exhaustion.

The syndrome has also been called pediatric inflammatory multisystem syndrome, or PIMS.

Most of the children developed MIS-C about two to four weeks after being infected with the coronavirus that causes COVID-19, the CDC says. No one who has experienced the syndrome has died in L.A. County. But the syndrome is potentially deadly.

As of July 15, the CDC received reports of 342 cases and six deaths related to the inflammatory syndrome, The Times reported. Of them, at least 99 cases and two deaths were in New York state.

In L.A. County, the median age of those experiencing the syndrome was 8 years old, according to health officials, while 40% were 5 or younger; another 40% were between 6 and 12; and the remaining 20% were between 13 and 20.

Garcetti said Sunday that the city of Los Angeles is "on the brink'' of issuing another stay-at-home order as coronavirus cases surge in the region, as he urged the public once again to guard against complacency amid the ongoing pandemic.

"I think a lot of people don't understand, mayors often have no control over what opens up and doesn't -- that's either at a state or county level, and I do agree that those things (reopening businesses) happened too quickly,'' Garcetti told CNN on Sunday.

"It's not just what's opened and closed, it's also about what we do individually. It's about the people who are getting together outside of their households,'' he said.

"...They might think because they got a test two weeks ago it's OK, but it's not. This virus preys on our division, it preys when we get exhausted, it preys on us in those moments when we don't have a unified national front, or when we as individuals think 'Oh, this ain't gonna be a big deal.' We have to be as vigilant right now as we were the first day.''

He also said attorneys will be dispatched Monday throughout Los Angeles to advise or cite businesses who have failed to comply with the city's COVID-19 guidelines.

Last week, Gov. Gavin Newsom ordered a halt to indoor operations at a variety of businesses, including fitness centers and personal-care services such as nail salons and barbershops.

Newsom on Monday clarified that his intention with the directive was always to allow businesses such as hair salons and barbershops to operate outdoors, but he said that process turned out to be "more challenging'' than expected. He said the state issued updated operating guidelines this week that will allow outdoor operations at such businesses.

But he also stressed the need for people to stay home as much as possible and avoid mingling with people outside their own households.

Public health officials say they’ve launched a new call center to connect Angelenos to resources, and text message support for those in need during quarantine at 1-833-540-0473.