The United States surpassed more than 11 million COVID-19 cases on Sunday as the third wave of the virus continued its uncontrolled spread, new restrictions were introduced, and Americans weighed whether and how they can celebrate Thanksgiving, NBC News reports.

The U.S. recorded more than 1 million new cases this past week alone, including 156,416 on Saturday, which marked the eleventh day in a row that the United States recorded more than 100,000 daily cases. More than a dozen states, including New Hampshire, Maryland, Colorado, and Montana, all broke daily records of cases on Saturday as well. Georgia was the only state in the country to see a decrease in cases over the past 14 days.

In Washington state, Gov. Jay Inslee announced Sunday a new round of restrictions, including the closure of indoor dining and indoor fitness facilities and gyms and 25 percent occupancy limits on in-store retail. The orders will take effect at the end of Monday and last through Dec. 14. The decision comes shortly after Illinois announced similar measures. In Chicago, a stay-at-home order that will last 30 days begins Monday, with Mayor Lori Lightfoot warning that a huge increase in death could result without one. 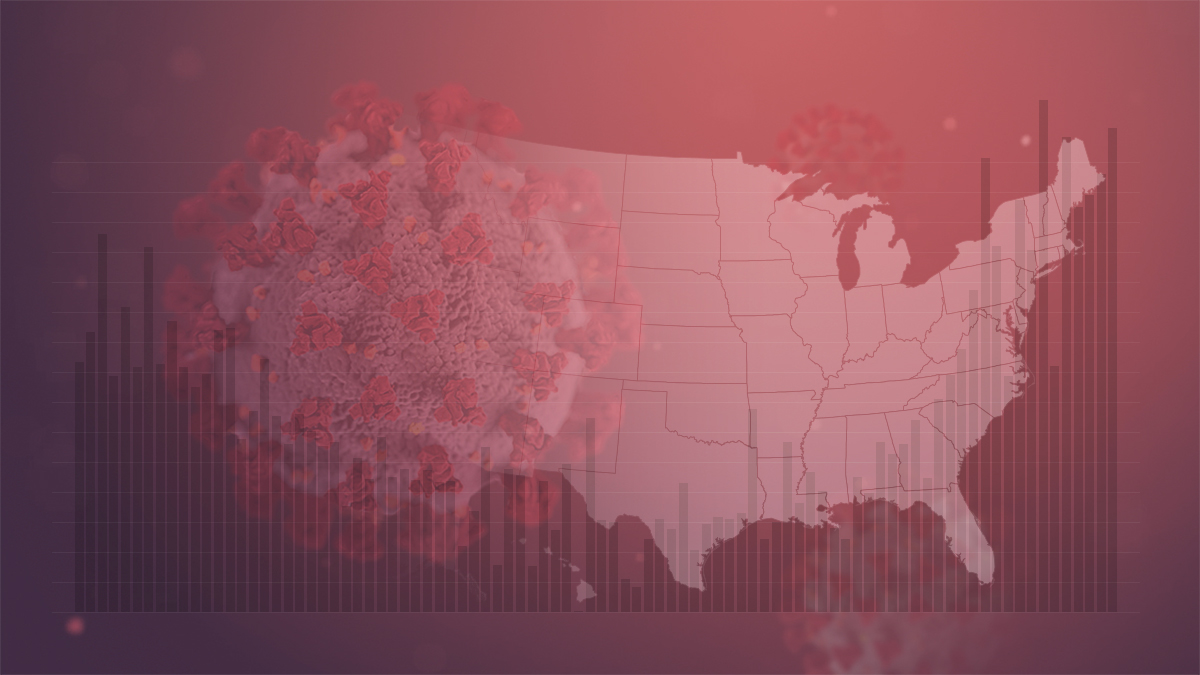 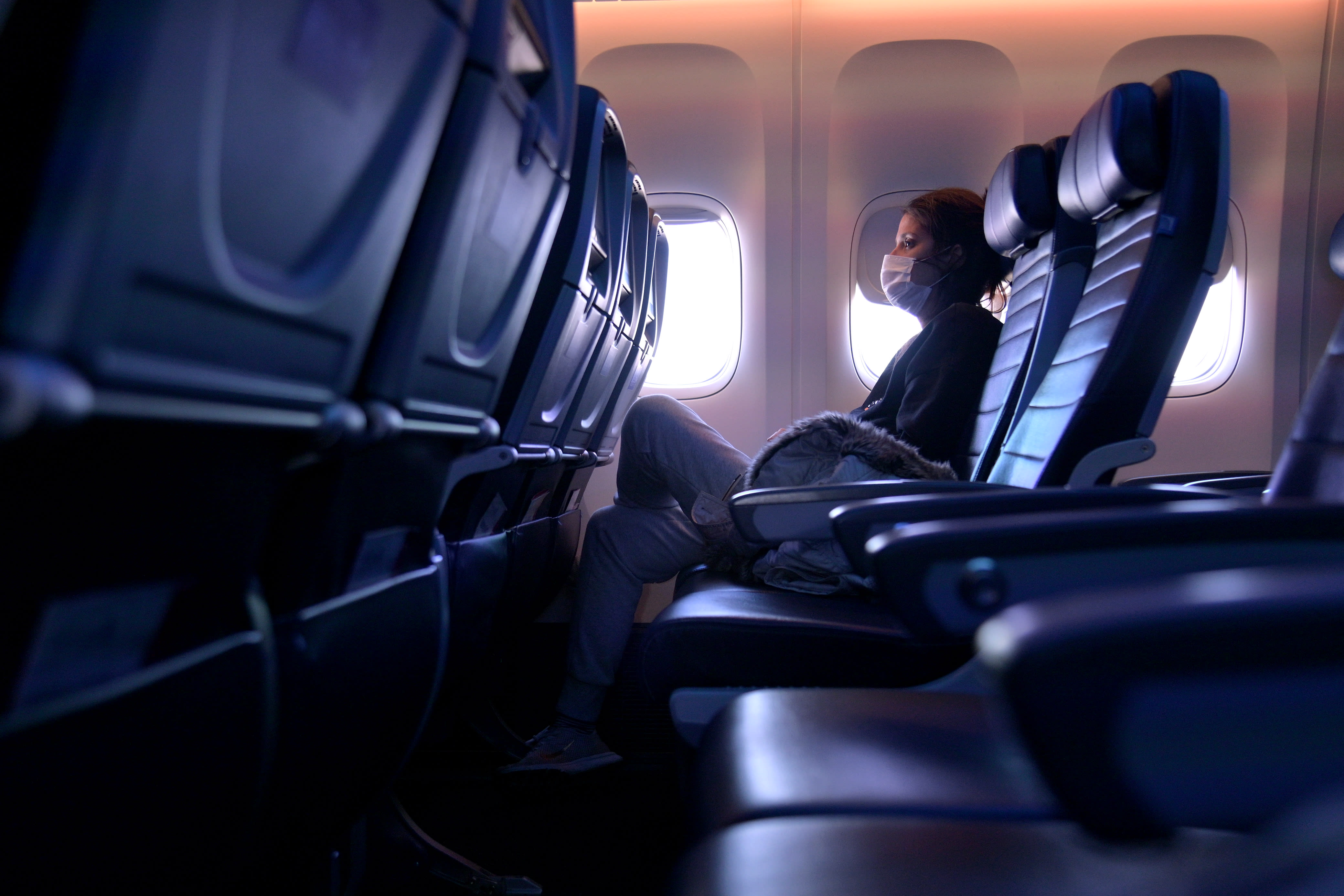 California Gov. Gavin Newsom said he was pulling the “emergency brake” Monday on reopening the state's economy as coronavirus cases surge at the fastest rate since the start of the outbreak.

“We are sounding the alarm,” Newsom said. “California is experiencing the fastest increase in cases we have seen yet — faster than what we experienced at the outset of the pandemic or even this summer. The spread of COVID-19, if left unchecked, could quickly overwhelm our health care system and lead to catastrophic outcomes."

Newsom's “emergency brake" will halt reopening plans and put most of the state under the strictest set of rules that keep most schools closed, halt indoor worship and force most indoor business to close or operate at significantly reduced capacity.

Newsom also said he was also strengthening a mask requirement outside homes with limited exceptions, and he was considering a curfew on business hours.

The dramatic rise in cases in November has come at a faster pace than a spike in mid-June and could quickly surpass the peak of the hospitalizations at the time. The state became the second in the U.S. last week to surpass 1 million case of the virus.

More than 11 million cases have been recorded nationwide as virus surges almost everywhere. While California has the second-highest number of cases, it is the nation's most populous state with 40 million residents and ranks 40th in cases per 100,000 residents.

Biden Says He Wouldn't Hesitate to Get the Coronavirus Vaccine

President-elect Joe Biden said on Monday that "he wouldn't hesitate" to get vaccinated against the coronavirus, and the only reason people are hesitant about the vaccine's safety is because of President Donald Trump.

"It's important that people who are in the greatest need get it," Biden said during a press briefing. "I wouldn't hesitate to get the vaccine, but I also want to set an example."

Philadelphia city officials announced a slew of new coronavirus restrictions on Monday after seeing exponential increases in new COVID-19 infections over the past few weeks. City officials say if nothing changes, the city's hospitals will be overrun by the end of 2020.

Philadelphia announced new coronavirus restrictions on Monday that aim to combat a lack of mask wearing and social distancing indoors at public spaces, restaurants, gyms and inside private homes.

The restrictions roll the city back to prohibitions that were put in place during the spring COVID-19 surge, NBC Philadelphia reports. Under the restrictions that will go into effect on Friday, indoor parties and dining will be nixed; fitness centers, museums and libraries will be closed; and eating and drinking will not be allowed at outdoor gatherings.

Philadelphia has seen a precipitous rise in new COVID-19 infections over the past few weeks – going from nearly 400 new infections on Nov. 4 to more than 1,100 on Nov. 13. Overall in the city, fatalities from the disease topped 1,900 since the pandemic began. More than 55,000 residents were confirmed to have had the disease and more than 1,900 people have died.

The NCAA says it plans to hold the entire 2021 men's college basketball tournament in one location to mitigate the risks of the coronavirus. It is in talks with Indianapolis to be the host city.

The Final Four is already set to be held in Indianapolis next year. The association said it is relocating early round games that had been scheduled for 13 cities across the country.

The NCAA Division I Men’s Basketball Committee says hosting all 68 teams in one place is safer.

States Experiencing Highest Percentage Increase of Cases Over Past 14 Days

With the majority of 2020 spent holed up at home, 30 to 50 percent of Americans are expected to travel for this holiday season, according to travel data.

New Jersey Gov. Phil Murphy on Monday said he will be reducing indoor and outdoor gathering limits because of the COVID-19 resurgence.

The Democrat said on MSNBC that he will order indoor gatherings to fall from 25 to 10 and outdoor get-togethers from 500 to 150 people. The new indoor limit goes into effect Tuesday, while the outdoor level kicks in Nov. 23.

New Jersey's coronavirus levels have been spiking, which Murphy has said amounts to a “second wave.”

The average increase over the first seven days of this month reached roughly 2,135, up from about 590 cases a day in early October. The average caseload increase for the first week of September was nearly 340 cases, according to state Health Department figures.

The United States' top infectious disease expert says news from Moderna that its COVID-19 vaccine candidate is 94.5% effective “is really quite impressive.”

Dr. Anthony Fauci, head of the National Institute of Allergy and Infectious Diseases, told NBC’s “Today” on Monday that Moderna’s finding, along with similar results from Pfizer last week for its vaccine, “is something that foretells an impact on this outbreak.”

“So now we have two vaccines that are really quite effective, so I think this is a really strong step forward to where we want to be about getting control with this outbreak,” Fauci said.

Asked about the timeline for vaccinating people, Fauci projected that by the end of December, there will be doses available for people at high risk from the coronavirus.

Fauci said the Moderna and Pfizer vaccines have different platforms than other vaccines now in the pipeline. But he said the other vaccine platforms are using the “spike protein" of the coronavirus which has been researched very intensively, giving him hope that more than two of these vaccines will also be effective.

A rare, potentially deadly syndrome tied to COVID-19 is forcing the medical community to rethink how the novel coronavirus may affect children, as cases of the new mysterious condition continue to mount.

A hospital in Norfolk, Virginia, says it has treated seven children with a serious health condition linked to the coronavirus

The condition they have is known as Multisystem Inflammatory Syndrome in Children, or MIS-C. It affects various parts of the body and may cause problems with a young patient’s heart and other vital organs.

Most children with the condition have a fever lasting several days and symptoms such as irritability, abdominal pain and swollen hands and feet. The Children’s Hospital of The King’s Daughters is helping others learn how to treat the condition based on its experiences.

Worldwide, the condition has been fatal for a small number of children and adolescents. Federal officials say that there have been more than 1,100 cases across the country and 20 deaths.

When the pandemic began, children appeared to be less vulnerable to the virus. But more children have gotten sick as the pandemic has grown.

A second COVID-19 candidate vaccine is offering more good news about prospects to beat back the spread of the virus. Amid a coronavirus surge in the U.S. and around the world, Moderna said Monday its shots provide strong protection against the disease.

Moderna said its vaccine appears to be 94.5% effective, according to preliminary data from the company’s still ongoing study. A week ago, competitor Pfizer Inc. announced its own COVID-19 vaccine appeared similarly effective — news that puts both companies on track to seek permission within weeks for emergency use in the U.S.

If the Food and Drug Administration allows emergency use of Moderna’s or Pfizer’s candidates, there will be limited, rationed supplies before the end of the year. Both require people to get two shots, several weeks apart.