From California to Pennsylvania, governors and mayors across the U.S. are ratcheting up COVID-19 restrictions amid the record-shattering resurgence of the virus that is all but certain to get worse because of holiday travel and family gatherings over Thanksgiving.

Leaders are closing businesses or curtailing hours and other operations, and they are ordering or imploring people to stay home and keep their distance from others to help stem a rising tide of infections that threatens to overwhelm the health care system.

A record-breaking more than 76,000 people were hospitalized with the coronavirus in the U.S. as of Tuesday, 14,000 more than a week earlier, according to the COVID Tracking Project. Deaths in the U.S. are running at more than 1,100 per day on average, an increase of over 50% from early October. The virus is blamed for more than 251,000 deaths and over 11.5 million confirmed infections in the U.S.

COVID-19 Vaccines Could Be Available by End of December. Here's What Needs to Happen First 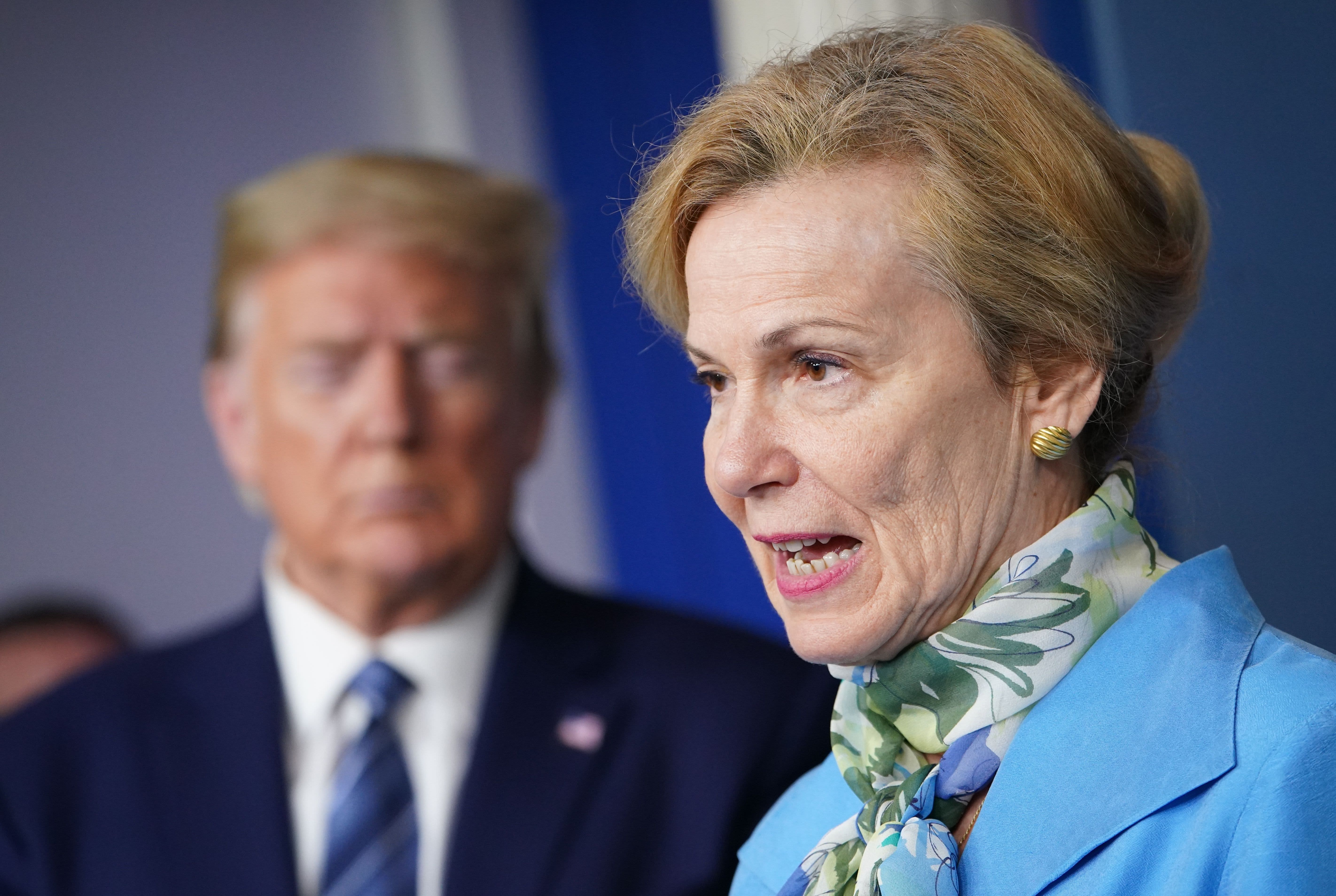 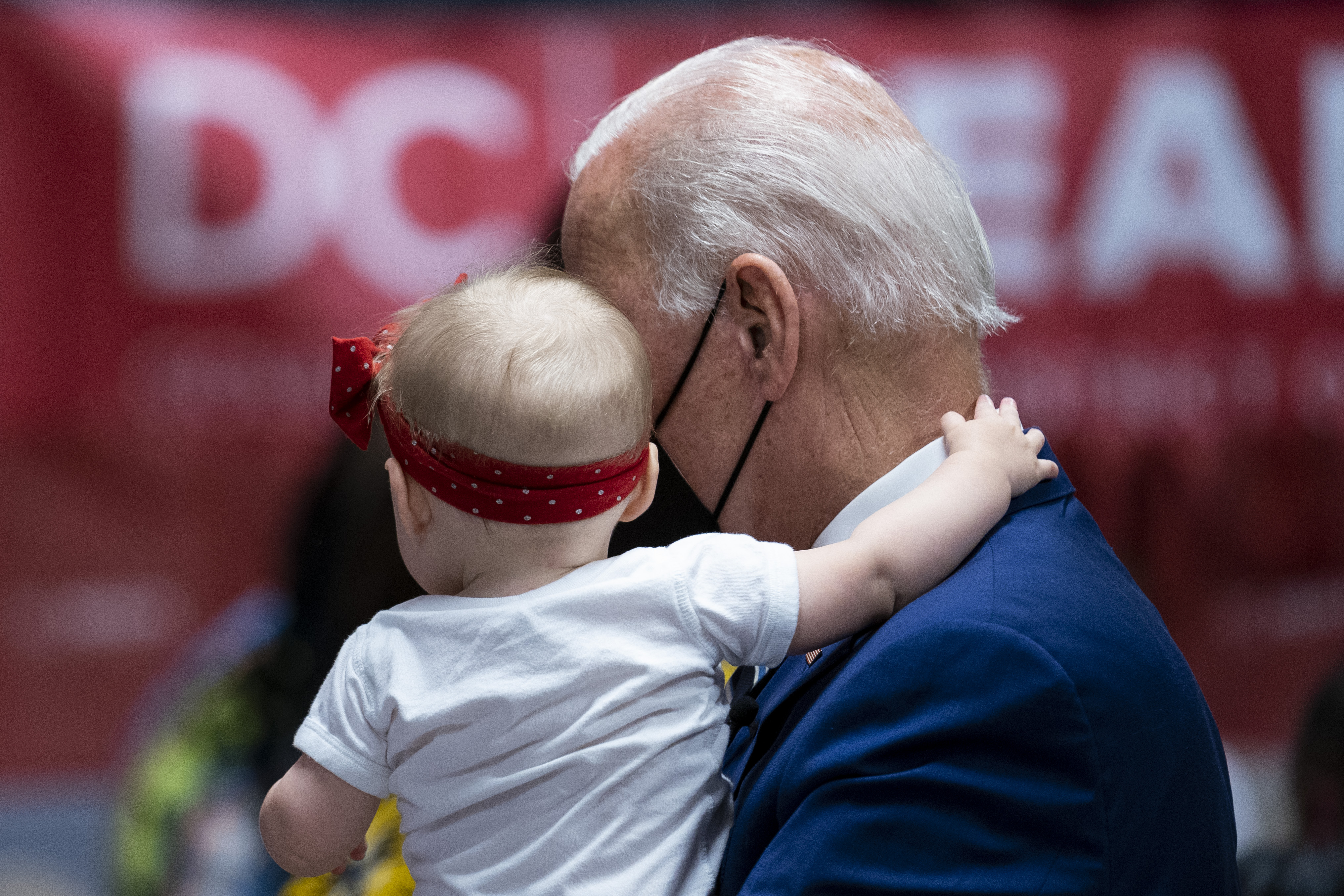 Following the release of more data from its Covid-19 vaccine Phase 3 clinical trial, the drugmaker Pfizer said Wednesday that it expects to submit an application for what's called emergency use authorization to the Food and Drug Administration "within days."

Another drugmaker, Moderna, has also said it aims to submit an application in the coming weeks. Both companies have announced preliminary results from their vaccine trials showing extremely high levels of efficacy.

Submitting emergency use authorization, or EUA, applications moves a potential coronavirus vaccine one step closer to patients, and experts say it's possible for Americans to start receiving shots by the end of December.

Generally, the path of a vaccine from its beginnings in a laboratory to a person's arm takes years to navigate. The speed with which manufacturers and regulators have moved this year is unprecedented.

The announcement came just as Gov. Andrew Cuomo wrapped up a news briefing in which he appeared on the verge of taking over the city schools issue himself, despite repeat insistence he would leave local school decisions to local governments.

New York has averaged more than 4,700 new cases over the last six days, more than quadruple the number it was seeing at the end of October. Hospitalizations are climbing, too. The 2,202 total reported Wednesday is the highest since June 8. The daily death toll, which is a lagging indicator, is also slowly rising.

A COVID-19 outbreak at a nursing center in Lee's Summit, Missouri, has killed 20 residents. Most of the deaths at John Knox Village Care Center occurred in the past six weeks, according to the facility.

Vaccine maker Pfizer says it’s already in regular communication with President-elect Joe Biden's transition team as part of ongoing efforts to keep all interested parties updated on its coronavirus vaccine and its distribution.

Spokeswoman Sharon Castillo says, “There is no room for politics in this process.”

Last Sunday, Biden chief of staff Ron Klain said the transition team planned to meet with Pfizer and other vaccine makers, as President Donald Trump continues to stall the formal transition process to a new administration.

Castillo said Wednesday that Pfizer maintains ongoing communication with the Trump administration, governors and leading lawmakers of both political parties in Congress. The Biden team is part of that effort.

Castillo says Pfizer is "communicating with both sides" during the transition.

There’s no word yet on a formal meeting between Biden and the pharmaceutical chiefs.

Sen. Chuck Grassley, R-Iowa, third in the line of presidential succession, has tested positive for COVID-19.

Multiple members of Congress, including the Dean of the U.S. House and the Senate Pro Tempore, third in line to the U.S. presidency, have announced they have tested positive for COVID-19 in November.

But it’s not just high-ranking leaders who are contracting the virus on Capitol Hill. NBC Washington's I-Team has learned dozens more civil servants — including contractors, U.S. Capitol Police and Architect of the Capitol laborers — are in quarantine or sick leave for the virus.

The new series of cases includes at least four Capitol Police officers and 24 Architect of the Capitol employees, according to a new internal Congressional report shared with the I-Team. The cases add to a growing number of U.S. Capitol Police officers sidelined by the virus. A union representative told the I-Team at least 50 members of the police department have tested positive since March. The internal report said dozens more have required leave or quarantine due to the pandemic.

The U.S. coronavirus death toll has surpasses 250,000, according to an NBC News tally.

The grim milestone comes amid a surge of new coronavirus cases nationwide. Hospitalizations are also skyrocketing and the White House coronavirus task force warned in its weekly internal report of an “aggressive, unrelenting” spread of the coronavirus across the country “without evidence of improvement but rather, further deterioration.”

The national death toll is on pace to keep climbing in the coming days as states set new records.

Pfizer Says Its COVID-19 Vaccine Is 95% Effective, Will Seek FDA Approval in 'Days'

U.S. pharmaceutical company Pfizer and German biotech firm BioNTech say their coronavirus vaccine is more than 90% effective in preventing COVID-19. In this study, protection from COVID-19 is achieved 28 days after the initial vaccination, which consists of a two-dose schedule.

Pfizer says that more interim results from its ongoing coronavirus vaccine study suggest the shots are 95% effective and that the vaccine protects older people most at risk of dying from COVID-19.

The vaccine candidate, called BNT162b2, was highly effective against the virus 28 days after the first dose, and its effectiveness was consistent across all ages, races and ethnicities, the drugmakers said. Additionally, the elderly, who are seen as at high risk of severe illness from COVID-19, saw vaccine effectiveness of more than 94%, they added.

"The final analysis underlines the results of the positive interim efficacy analysis announced on November 9," BioNTech CEO Ugur Sahin said in a statement. "The data indicates that our vaccine ... is able to induce a high rate of protection against COVID-19 only 29 days after the first dose. In addition, the vaccine was observed to be well-tolerated in all age groups with mostly mild to moderate side effects, which may be due in part to the relatively low dose."

The announcement, just a week after Pfizer first revealed promising preliminary results, comes as the company is preparing within days to formally ask U.S. regulators to allow emergency use of the vaccine.

U.S. regulators on Tuesday allowed emergency use of the first rapid coronavirus test that can be performed entirely at home and delivers results in 30 minutes.

The announcement by the Food and Drug Administration represents an important step in U.S. efforts to expand testing options for COVID-19 beyond health care facilities and testing sites. However, the test will require a prescription, likely limiting its initial use.

The FDA granted emergency authorization to the single-use test kit from Lucira Health, a California manufacturer.

Sen. Chuck Grassley, R-Iowa, third in the line of presidential succession, has tested positive for COVID-19.

Grassley, 87, did not say how he was exposed.

“I’m feeling well and not currently experiencing any symptoms, but it’s important we all follow public health guidelines to keep each other healthy,” Grassley said in a statement earlier on Tuesday.

By missing votes this week, Grassley will break a 27-year streak of not missing a single Senate vote. According to his office, the last time he missed a vote was in 1993, when he was in Iowa assisting with relief efforts after severe flooding.