Some Cities Are Still Keeping Transit Mask Mandates. What Travelers Need to Know

Uber updated its policy and lifted mask requirements for drivers and riders, while Lyft's website on Tuesday morning still said masks were required.

A decision by a federal judge in Florida to throw out a national mask mandate for public transportation across the U.S. created a confusing patchwork of rules for passengers as they navigate airports and transit systems.

The ruling gives airports, mass transit systems, airlines and ride-hailing services the option to keep mask rules or ditch them entirely, resulting in rules that vary by city and mode of transportation.

Passengers on a United Airlines flight from Houston to Kennedy Airport, for instance, could ditch their masks at their departing airport and on the plane but have to put them back on once they land in New York or take a subway.

The U.S. Centers for Disease Control and Prevention had recently extended the mandate until May 3 to allow more time to study the BA.2 omicron subvariant of the coronavirus now responsible for the vast majority of U.S. cases. But the court decision put the mandate on hold.

Here's a look at how U.S. transportation centers and providers are responding:

Do You Have to Wear a Mask in Airplanes and Airports?

Major airlines were some of the first to update their in-flight rules after the court decision. United, Southwest, American, Alaska, Delta and JetBlue announced that, effective immediately, masks would no longer be required on domestic flights.

“While this means that our employees are no longer required to wear a mask — and no longer have to enforce a mask requirement for most of the flying public — they will be able to wear masks if they choose to do so, as the CDC continues to strongly recommend wearing a mask on public transit,” United Airlines said.

The Association of Flight Attendants, the nation’s largest union of cabin crews, has recently taken a neutral position on the mask rule because its members are divided about the issue. On Monday, the union’s president appealed for calm on planes and in airports.

Alaska Airlines said some passengers who were banned for violating the mask policy will remain banned.

Airports weren't as fast to do away with masks, with several expressing uncertainty about the ruling and taking a wait-and-see approach. New York City airports, for example, appeared to keep the mandate intact.

But others, including the two main airports in Houston, did away with mask requirements soon after the Transportation Security Administration said it would no longer enforce the mask mandate. Los Angeles International and Phoenix Sky Harbor also eliminated their mask requirements.

San Francisco International Airport said it was waiting for further guidance from TSA. 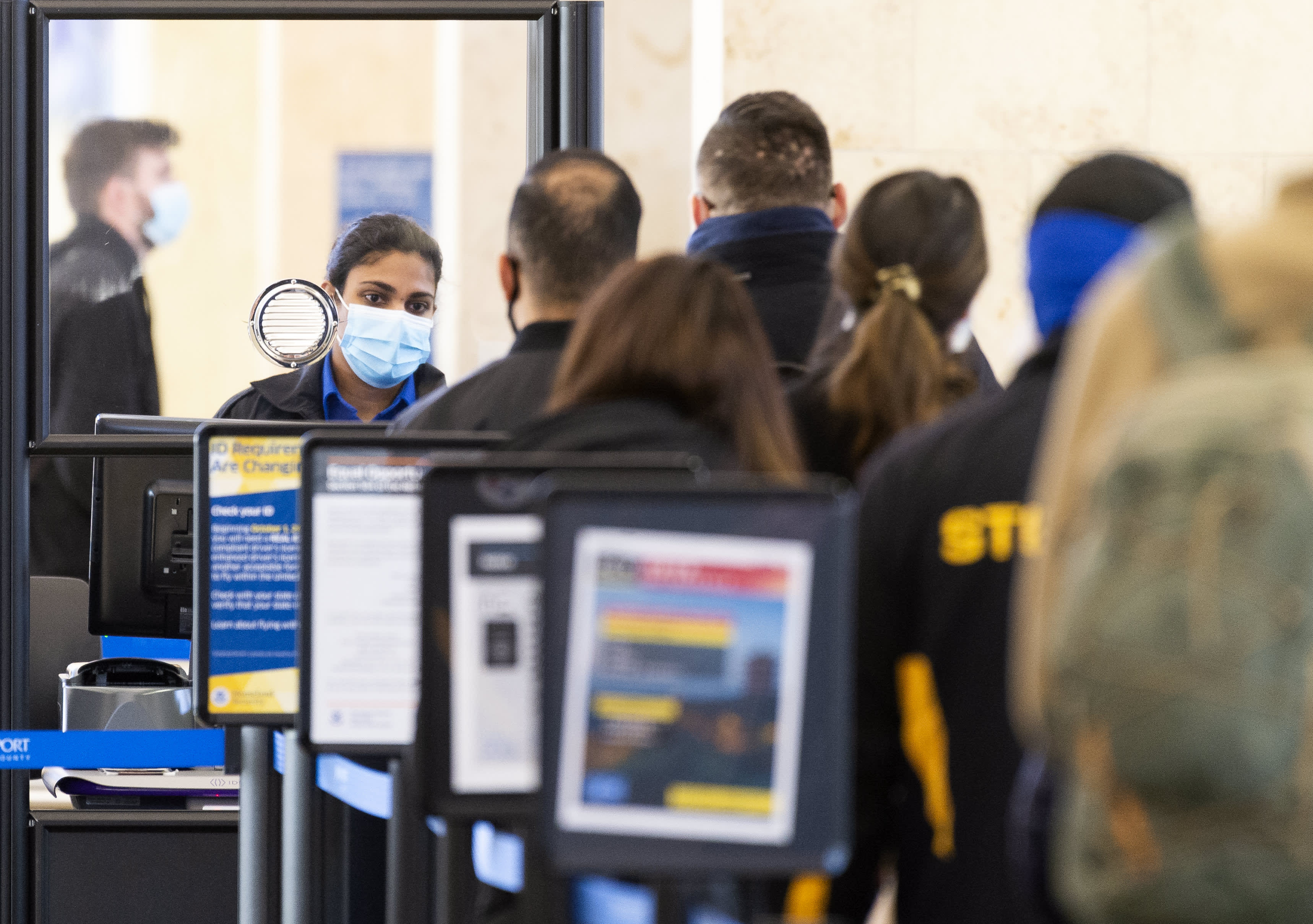 It's Not Over: COVID-19 Cases Are on the Rise Again in US

Are Masks Required on Trains and Buses?

The rules for train and bus passengers vary by city and transit agency.

In New York, Metropolitan Transportation Authority communications director Tim Minton said the system was keeping the mask mandate, meaning face coverings are still required on the subway, buses and commuter rail lines, as they have since early in the pandemic.

But the regional train system serving the Washington, D.C., area said Monday that masks will be now optional for its customers and employees going forward.

“Our mask mandate has been based on federal guidance,” said Paul J. Wiedefeld, general manager and CEO of the Washington Metropolitan Area Transit Authority. “We will continue to monitor this situation as it unfolds, but masks will be optional on Metro property until further notice.”

Will Ride-Sharing Apps Like Uber and Lyft Still Require Masks?

Uber early Tuesday announced on its website that riders and drivers would no longer have to wear masks during trips. Riders are also no longer mandated to sit in the back seats, Uber said, though it advised only using the front passenger seat if required by the size of the group riding.

"Many people still feel safer wearing a mask because of personal or family health situations, so please be respectful of their preferences. And if you ever feel uncomfortable, you can always cancel the trip," Uber says on its site.

Millions of masks and other pieces of protective equipment are used every day, and while they save lives, many contain plastic. We should develop an effective reusable mask to curb pollution, and avoid littering, says Sian Sutherland of Plastic Planet, a UK-based environmental group.
Copyright AP - Associated Press