More than 40 states plus Washington D.C., Puerto Rico, the U.S. Virgin Islands, and Guam are experiencing a percentage increase in cases from over the past 14 days

More than 40 states plus Washington D.C., Puerto Rico, the U.S. Virgin Islands, and Guam are experiencing a percentage increase in cases from over the past 14 days. Of those, a dozen states are seeing a spike in new cases.

Meanwhile, governors and mayors across the U.S. are ratcheting up COVID-19 restrictions amid the record-shattering resurgence of the virus that is all but certain to get worse because of holiday travel and family gatherings over Thanksgiving. Leaders are closing businesses or curtailing hours and other operations, and they are ordering or imploring people to stay home and keep their distance from others to help stem a rising tide of infections that threatens to overwhelm the health care system.

“Don tested positive at the start of the week and has been quarantining out at his cabin since the result. He’s been completely asymptomatic so far and is following all medically recommended COVID-19 guidelines," the spokesman said.

Trump Jr. is the latest member of the president's family to become infected with the virus.

The president, the first lady and their son Barron have recovered from the virus.

Pfizer Requests Emergency Use of Its COVID-19 Vaccine in US

Pfizer said Friday it is asking U.S. regulators to allow emergency use of its COVID-19 vaccine.

Pfizer has submitted an application to the Food and Drug Administration on Friday for emergency use of its COVID-19 vaccine, starting the clock on a process that could bring first shots as early as next month and eventually an end to the pandemic -- but not until after a long, hard winter.

The action comes days after Pfizer Inc. and its German partner BioNTech announced that its vaccine appears 95% effective at preventing mild to severe COVID-19 disease in a large, ongoing study.

The companies said that protection plus a good safety record means the vaccine should qualify for emergency use authorization, something the FDA can grant before the final testing is fully complete. In addition to Friday's FDA submission, they have already started “rolling” applications in Europe and the U.K. and intend to submit similar information soon.

Friday’s filing sets off a chain of events as the FDA and its independent advisers debate if the shots are ready. If so, still another government group will have to decide how the initial limited supplies are rationed out to anxiously awaiting Americans.

Gen. Gustave Perna, who is leading the Trump administration’s Operation Warp Speed vaccine program, said Friday that states would decide, with guidance from the FDA and the CDC, who will first get the vaccine.

With the coronavirus surging around the U.S. and the world, the pressure is on for regulators to make a speedy decision.

Trying to close out major unfinished business, the Trump administration issued regulations Friday that could lower the prices Americans pay for many prescription drugs.

But in a time of political uncertainty, it’s hard to say whether the rules will withstand expected legal challenges from the pharmaceutical industry or whether the incoming Biden administration will accept, amend or try to roll them back entirely.

President Donald Trump was announcing the new policy at a White House event.

The two finalized rules, long in the making, would:

The industry is considering "all options to stop this reckless attack on the companies working around the clock to beat COVID-19,” the Pharmaceutical Research and Manufacturers of America said in a statement.

U.S. Senator Rick Scott has tested positive for the coronavirus, nearly a week after going into quarantine after an exposure.

Scott released a statement Friday morning saying he came in contact with someone after returning to Florida last Friday who later tested positive. Scott said a test he took Tuesday came back positive on Friday.

"After several negative tests, I learned I was positive this morning. I am feeling good and experiencing very mild symptoms," Scott said. "I will be working from home in Naples until it is safe for me to return to Washington, D.C."

He asked that people "be careful and do the right things to protect yourselves and others," and urged Americans to "wear a mask" and "social distance."

Scott is the latest lawmaker to test positive amid a new outbreak of cases among politicians on Capitol Hill. Sen. Chuck Grassley, R-Iowa, who is 87, also announced this week that he had tested positive for COVID-19. At least three members of the House have tested positive in the last week, and several more are quarantining.

The phrase “Long Hauler” has become increasingly used to describe COVID-19 survivors who suffer from symptoms even months after their initial illness. NBC CT spoke with three women who described the symptoms they've been dealing with ever since they tested positive for the virus months ago.

Known as COVID-19 “Long Haulers,” some survivors in this pandemic just cannot seem to find relief from the symptoms of the coronavirus. They want answers about what is happening with their health, even months after initially contracting the virus.

Back in March, Caitlin Houston, a mother and blogger from Wallingford was continuously posting on social media about how sick she was. The typically healthy and athletic 35-year-old had tested positive for COVID-19 on April Fools’ Day. More than seven months later, Houston said she is still battling symptoms of the virus including dizzy spells, headaches, fatigue, distorted senses of taste and smell, and shortness of breath from lung damage.

These so-called Long Haulers said that their symptoms can be debilitating – and frightening.

"I never thought that I'd be dealing with this right now,” said Vicie Brooks, a retired registered nurse from Hartford. She tested positive for the virus back in April and said she has been dealing with a laundry list of cognitive and physical symptoms ever since.

Brooks said a computed axial tomography (CAT) scan showed she had not suffered a stroke. Now, she does physical therapy at home wondering why the left side of her body is suddenly struggling.

"My muscles in my left arm had atrophied. They actually shrunk,” Brooks said. "I had an excruciating jaw pain - on my left side.

Health and Human Services Secretary Alex Azar said Thursday that Pfizer is expected to file an application to the FDA for emergency use of its coronavirus vaccine on Friday, with Moderna soon to follow.

“Pfizer’s partner, BioNTech, has announced that tomorrow they intend to file for emergency use authorization at the FDA,” Azar said during the White House coronavirus task force’s first public meeting in months. “We would expect Moderna filing soon also.”

On Wednesday, Pfizer said it expected to submit an application to the FDA “within days’ after a final data analysis found its coronavirus vaccine was highly effective and appeared to be safe. The news came two days after Moderna said preliminary phase three trial data showed its vaccine was 94.5%. Both vaccines use messenger RNA, or mRNA, technology. It’s a new approach to vaccines that uses genetic material to provoke an immune response.

All Smithsonian Museums, National Zoo to Close Due to COVID-19

All Smithsonian museums and the National Zoo will close because of rising COVID-19 cases, officials announced Thursday.

The museums and zoo will close to the public starting Monday, Nov. 23, NBC Washington reports. Officials cited rising cases in the region and across the United States.

"The Institution’s top priority is to protect the health and safety of its visitors and staff. We will use this time to reassess, monitor and explore additional risk-mitigation measures," museum officials said in a statement released Thursday afternoon.

No reopening date was announced.

Other top U.S. officials who met the Lithuanian minister, Raimundas Karoblis, on Nov. 13 and Nov. 16 include Acting Secretary of Defense Chris Miller and the secretaries of the Army, Navy and Air Force, NBC News reports.

The Pentagon said it is testing department personnel who had contact with Tata and Karoblis. The statement does not say if Miller has been tested, though it says he will not self-isolate because protocols developed by the Centers for Disease Control and Prevention were followed during their bilateral meeting.

Hawaii to Require Negative COVID-19 Tests Prior to Arrival

Anyone flying to Hawaii will be required to have a negative COVID-19 test result prior to their departure for the state, with the new rule going into effect two days before Thanksgiving, Gov. David Ige announced Thursday.

Until now, passengers flying to the islands using a pre-travel testing program were permitted to arrive and then upload their negative test results to a state database, allowing them to skip two weeks of quarantine.

However, some travelers who arrived in Hawaii without their test results wound up later testing positive. That, in part, prompted the rule change, Ige said at a news conference.

The new program goes into effect Tuesday, just ahead of the holiday. The Wednesday before Thanksgiving is traditionally one of the busiest travel days of the year. The Centers for Disease Control has urged people not to travel this year because of a surge in coronavirus cases nationwide.

With the majority of 2020 spent holed up at home, 30 to 50 percent of Americans are expected to travel for this holiday season, according to travel data.

A World Health Organization panel advised doctors Thursday against using Gilead Sciences' antiviral drug remdesivir as a treatment for patients hospitalized with COVID-19, saying there is currently "no evidence" that it improves survival or shortens recovery time — standing in stark contrast to U.S. regulatory guidance on the drug.

The WHO Guideline Development Group, a panel of international experts who provide advice to the agency, said its recommendation is based on new data comparing the effects of several drug treatments, including data from four international randomized trials involving more than 7,000 patients hospitalized with the disease.

"After thoroughly reviewing this evidence, the WHO GDG expert panel, which includes experts from around the world including four patients who have had COVID-19, concluded that remdesivir has no meaningful effect on mortality or on other important outcomes for patients, such as the need for mechanical ventilation or time to clinical improvement," the group wrote in a press release.

On Oct. 22, the Food and Drug Administration formally approved the drug for adults and pediatric patients 12 years of age and older who require hospitalization for COVID-19. It is now the first and only drug approved in the U.S. to treat the coronavirus, which has infected roughly 56.4 million people worldwide and killed about 1.4 million.

The World Health Organization released the findings of their coronavirus therapeutics study on Friday, which studied the impact of drugs like remdesivir and hydroxychloroquine on treating hospitalized coronavirus patients. 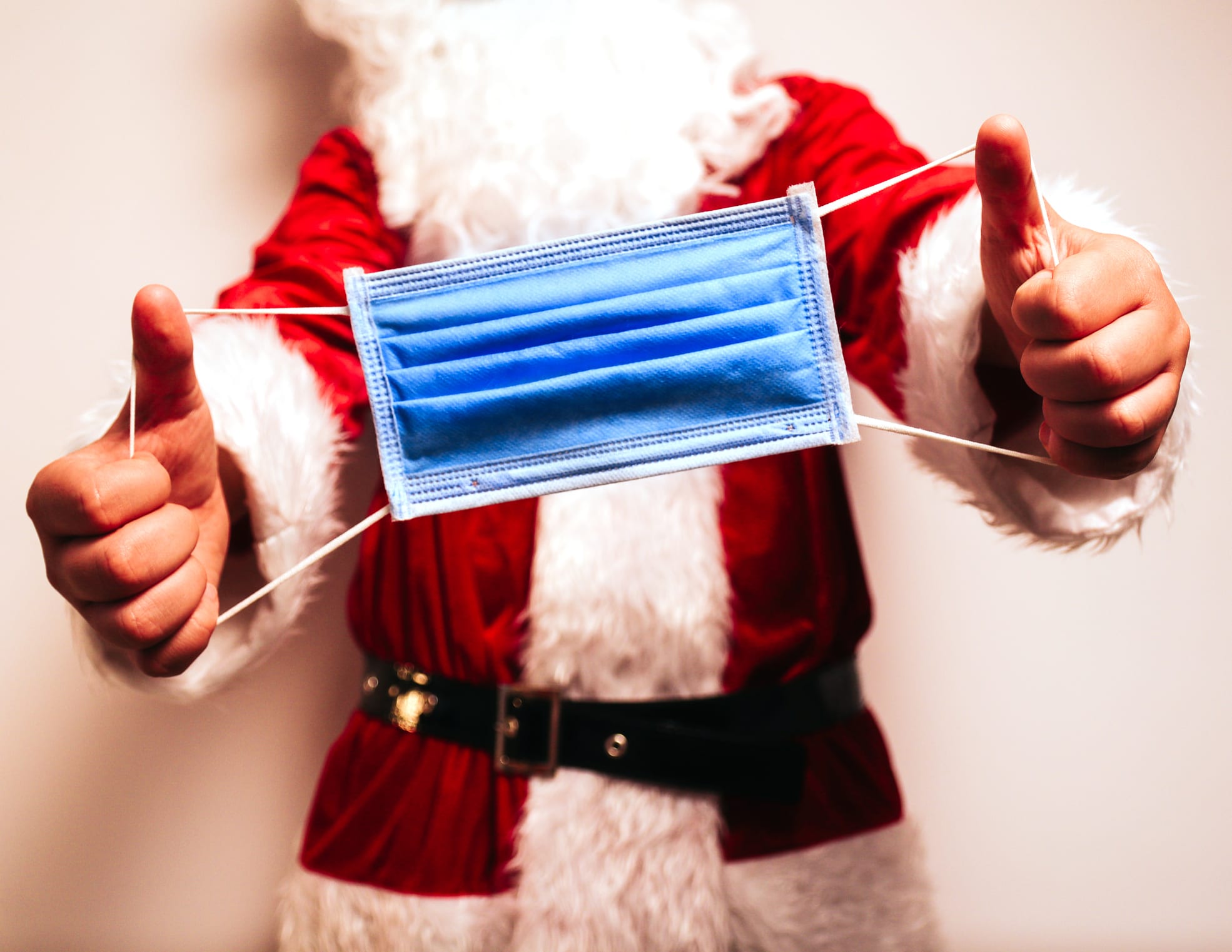 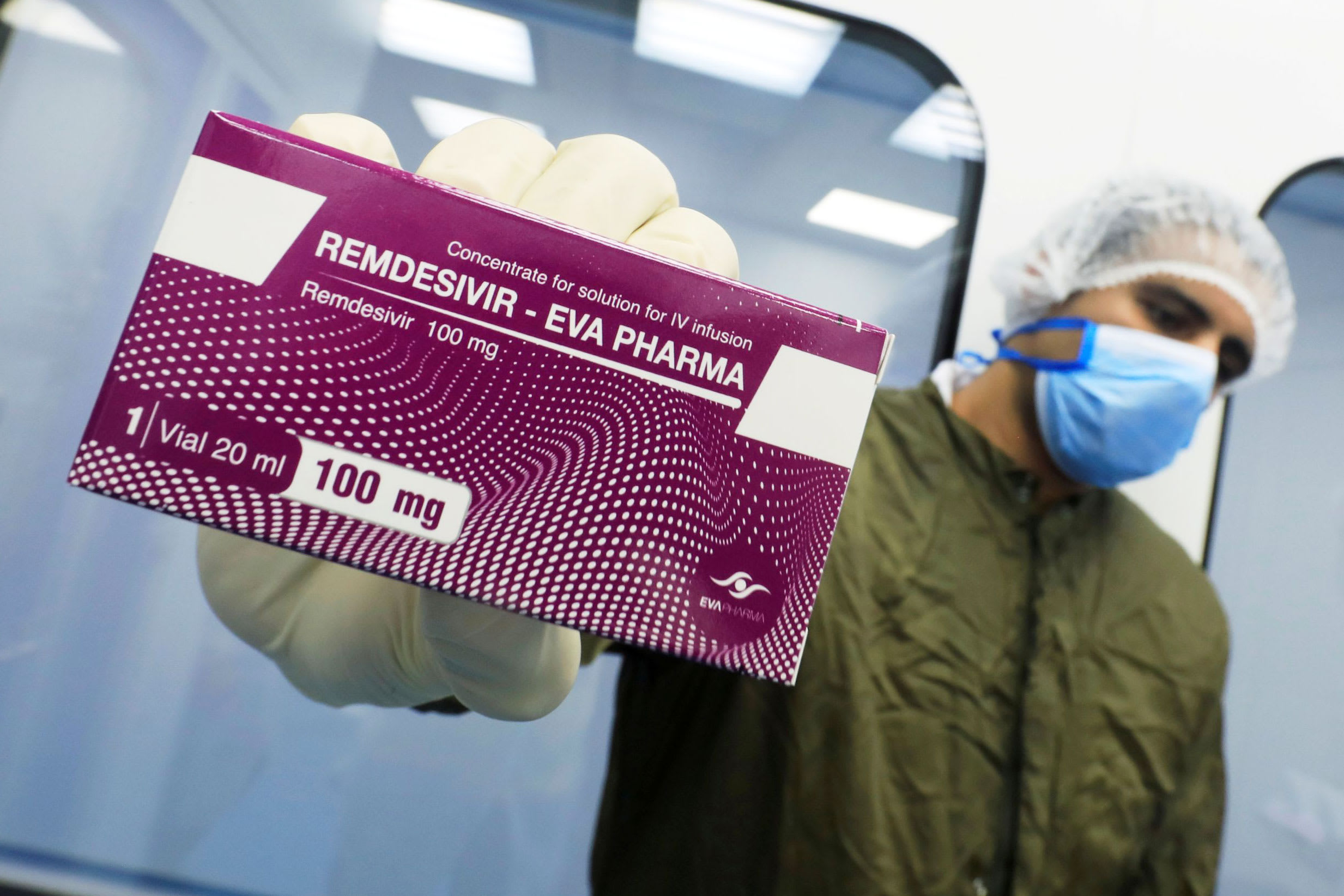