US Faces a Memorial Day Like No Other; Greek Islands Reopen

Dr. Deborah Birx, coordinator of the White House coronavirus task force, said she was “very concerned” about scenes of people crowding together over the weekend

Americans prepared to mark a Memorial Day like no other as the coronavirus pandemic upended traditional commemorations, while Greece sought to revive its crucial tourism sector by restoring ferry services to its popular Aegean islands.

U.S. authorities warned beach-goers to heed social-distancing rules to avoid a resurgence of the virus that has infected 5.4 million people worldwide and killed over 345,000, including nearly 100,000 Americans, according to a tally by Johns Hopkins University.

Japanese Prime Minister Shinzo Abe lifted a coronavirus state of emergency in Tokyo and four other remaining areas on Monday, but said that does not mean the end of the outbreak. He said the goal is to balance preventive measures and the economy until vaccines and effective drugs become available.

In New York City, honoring fallen military members will be done with car convoys and small ceremonies this year instead of parades to conform with coronavirus lockdown restrictions.

“It’s something we’re upset about, but we understand,” said Raymond Aalbue, chairman of the United Military Veterans of Kings County, which usually puts on a parade in Brooklyn.

There’s “no reason to put anybody in harm’s way,” he said, adding “it’s really cutting quick to the heart of all the veterans.”

Veterans, along with nursing home residents, have made up a significant portion of those who died in the U.S. outbreak. 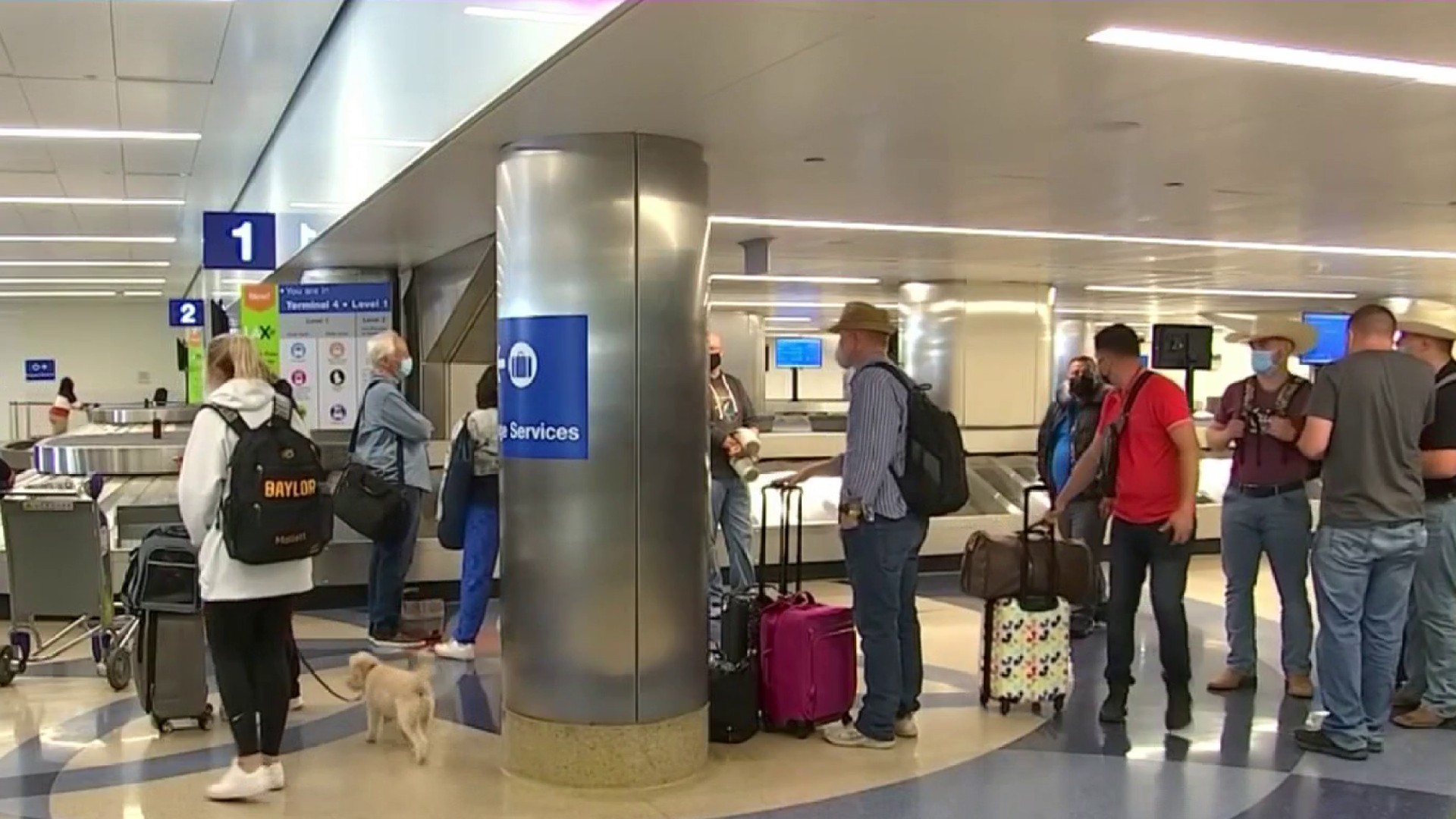 ‘We Are Not Out of the Woods With COVID': Experts Urge Masking Up When Traveling 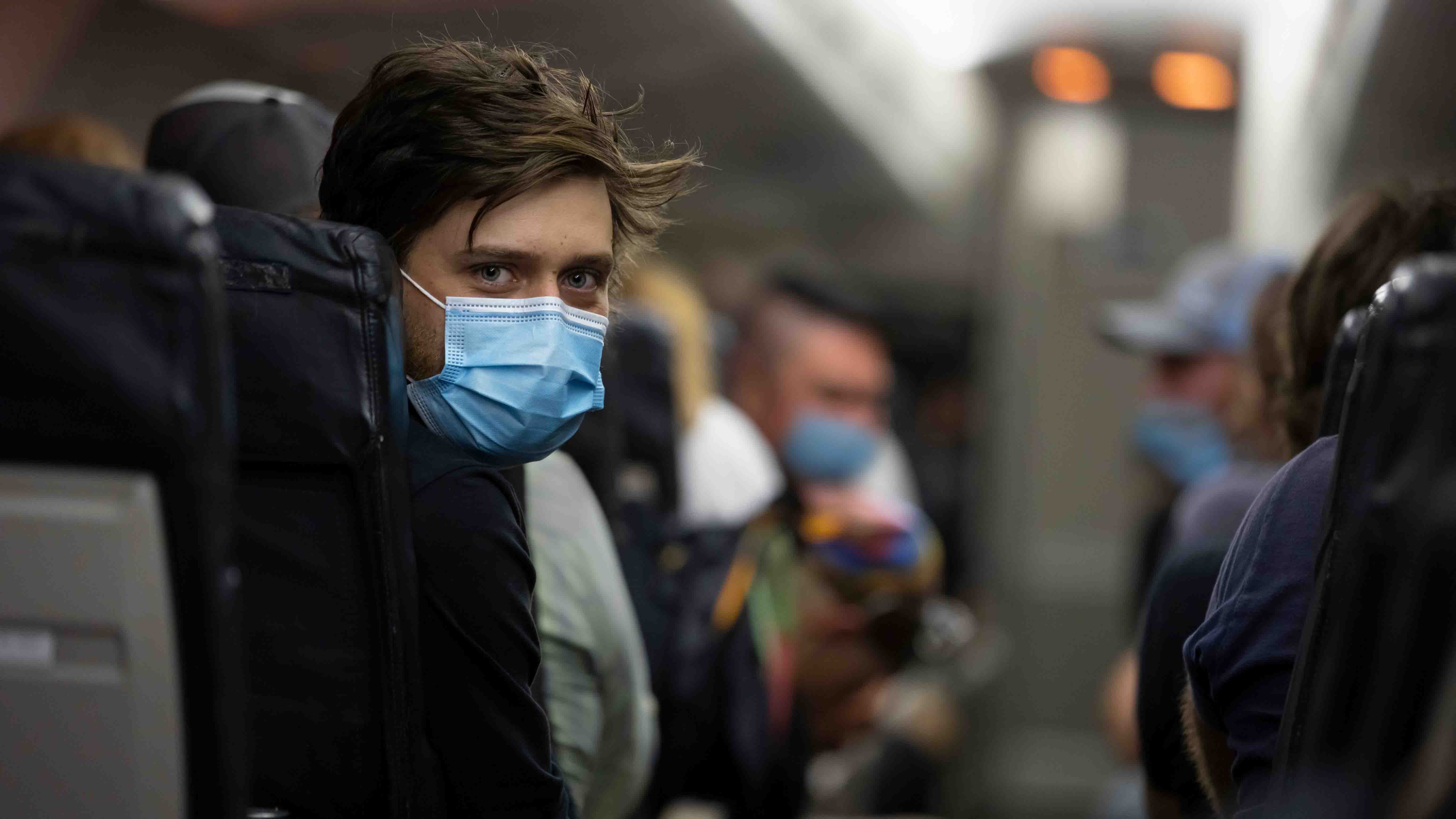 Should You Mask Up While On Your Summer Vacation?

After two days of playing golf, President Donald Trump is scheduled to make Memorial Day appearances at Arlington National Cemetery, where he will lay a wreath at the Tomb of the Unknown Soldier, and speak at a historic fort in Baltimore.

The White House, meanwhile, slapped a travel ban on Latin America’s most populous nation, saying it would deny admission to foreigners who have recently been in Brazil. The ban, which takes effect Thursday, does not apply to U.S. citizens or legal permanent residents.

Brazil, with over 363,000 reported infections, is second only to the U.S. and many health experts say that number understates the severity of the country’s outbreak.

Greece’s low COVID-19 infection rate allowed the government to restart the summer holiday season three weeks earlier than previously planned. In addition to reopening ferries with new passenger limits, it allowed cafes and restaurants to open under new social distancing rules. All this, of course, was for Greek holidaymakers as foreign tourists aren't expected until after June 15.

“We will implement exactly what the state has told us, whatever the doctors have told us, first and foremost for the safety of our customers,” said Spiros Bairaktaris, owner of a restaurant in Athens that was reducing capacity from 100 customers to 30.

“Many will come to Greece because we had the fewest number of deaths compared to other countries and thank God for that,” he added.

Greece, which shut down early, has only 171 of Europe's nearly 170,000 coronavirus deaths.

Islands such as Santorini, Mykonos, Corfu and Samos are a major draw for tourists, but had been mostly off-limits since late March when the country’s coronavirus lockdown took effect.

Like many southern European countries that rely heavily on visitors, tourism makes up over 10% of the Greek economy.

Hard-hit Spain reached a milestone Monday as half the population — including those in the country’s two biggest cities, Madrid and Barcelona — were finally allowed to gather, albeit in limited numbers. Outdoor seating at bars and restaurants also reopened.

“We are also a little sad today, as we have lost two of our more elderly regular customers,” Fernández said. “They use to come every day but now they have left us.”

Relaxations go a step further in the rest of Spain, where people can visit beaches and nursing homes, conduct weddings and spend as much time as they want outdoors. Spain has recorded 28,700 confirmed deaths and more than 230,000 virus infections.

In the Czech Republic, bars and restaurants opened their indoor spaces to patrons as did hotels, public pools, saunas and fitness centers.

But as lockdowns are being rolled back across Europe, a fresh outbreak linked to a Dutch slaughterhouse has spread across the border into neighboring Germany. Dutch authorities said Monday that 147 of 657 employees at a meat processing plant in Groenlo tested positive, and 19 of them live in Germany.

Several coronavirus clusters among abattoir employees in Germany have prompted the government to pledge a crackdown on poor working conditions in the industry.

In Russia, infections topped 350,000 — the third highest in the world — as health officials reported 9,000 new cases and 92 new deaths, bringing the overall death toll to 3,633. Russia denies allegations that its death rate is suspiciously low, insisting that's due instead to its effective measures to counter COVID-19.

Millions of Australian children returned to school as the number of coronavirus patients continues to fall. Queensland Premier Annastacia Palaszczuk said Monday that students and teachers had to observe one key message: Stay home if sick.

“We’re not out of the woods yet. We have to take each day as it comes, each week as it comes and we keep our fingers crossed that Queenslanders will continue to flatten that curve,” Palaszczuk said.

In China, where the pandemic first began last year, 11 new cases were reported, 10 of them among passengers arriving from overseas. China is holding the annual session for its ceremonial parliament, part of government efforts to show that the country is shaking off the devastating economic efforts of having locked down tens of millions of citizens.

The U.S. Memorial Day weekend saw tens of thousands head to beaches and parks, relieved to shake off some of the pandemic restrictions.

Dr. Deborah Birx, coordinator of the White House coronavirus task force, said she was “very concerned” about scenes of people crowding together over the weekend.

In the Tampa area along Florida’s Gulf Coast, the crowds were so big that authorities closed parking lots to stem the flood. In Missouri, people packed bars and restaurants at the Lake of the Ozarks.

Officials in California said most people were covering their faces and keeping their distance as they ventured out. Many Southern California beaches were open only for swimming, running and other activities, not sunbathing.

At New York’s Orchard Beach in the Bronx, kids played with toys and people sat in folding chairs, wrapped up in sweaters and masks.

Hadjicostis reported from Nicosia, Cyprus. Associated Press writers around the world contributed to this report.