Newsom said more than 7.3 million doses of vaccine have been administered statewide, while acknowledging that many communities have struggled to keep up with the need for inoculations.

Newsom said more than 7.3 million doses of vaccine have been administered statewide, while acknowledging that many communities have struggled to keep up with the need for inoculations.

He said federal and state officials are doing all they can to vaccinate as many people as possible.

On Monday, Newsom was expected to visit Long Beach to highlight the city's leadership in administering vaccinations to its residents and to provide an update on the state's efforts to ramp up vaccinations.

Newsom said the federal government was giving the state a three-week window of how many doses to expect, information that will be shared with local officials starting this week.

His visit came as the county continues to grapple with equity issues in the distribution of vaccines among the area's Black and Latino population, and as the Southland deals with a shortage of COVID-19 vaccine driven by the destructive winter storm in Texas and other parts of the country.

Vaccination rates among eligible Black residents lag far behind other ethnic groups, according to data released Friday by the Los Angeles County Department of Public Health. Black residents represented just 5.2% of all people who had received at least one dose of COVID-19 vaccine as of mid-February, while 33.5% were white, 23.1% Latino/a and 19.1% Asian. 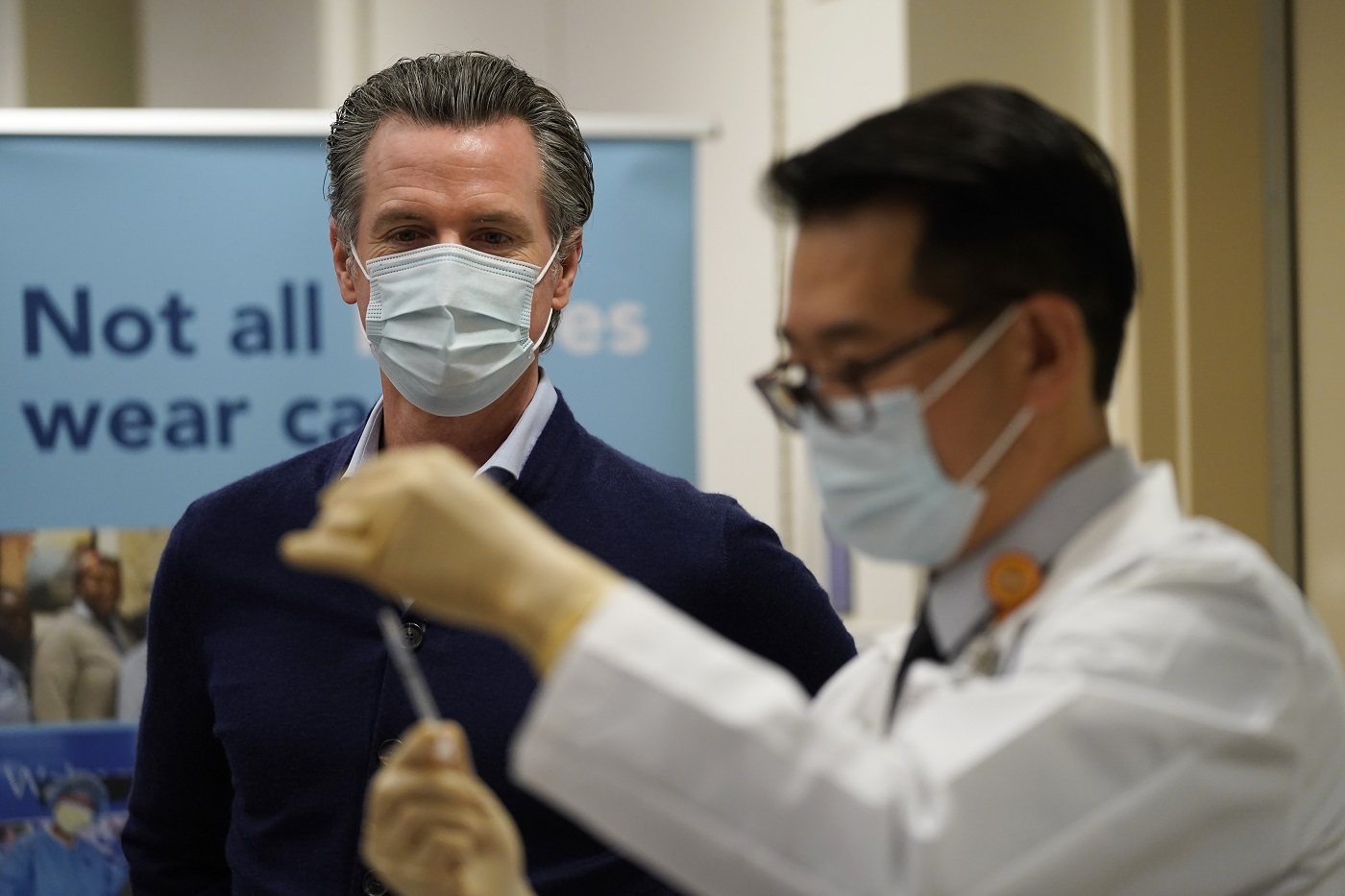 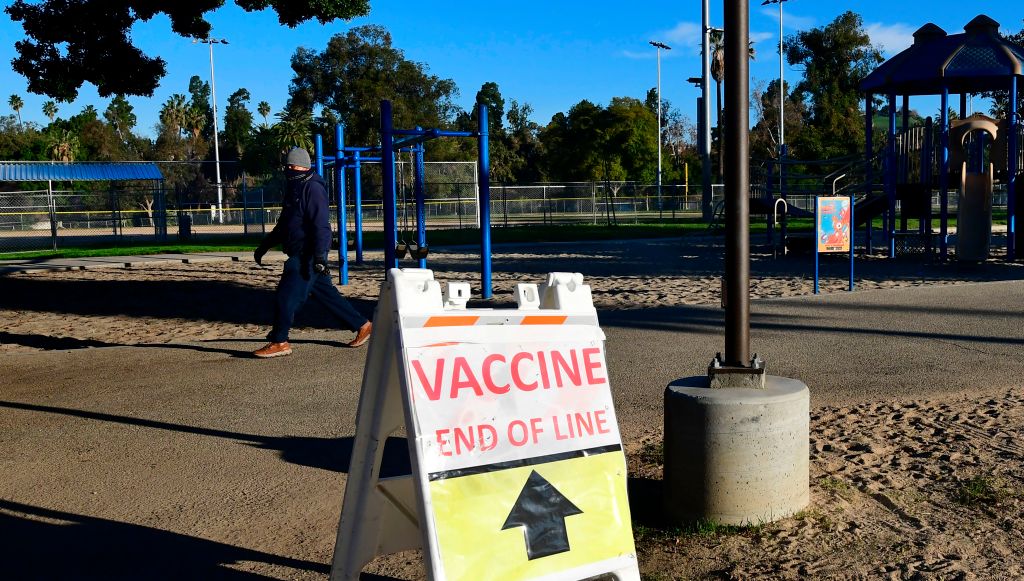 Meanwhile, California's new system of tracking and scheduling vaccines is being rolled out in 10 counties. The new system, run by Blue Shield, will be used first in Riverside, Kings, Imperial, Madera, Merced, San Joaquin and Stanislaus, Fresno and Kern counties.

Los Angeles County will be in the next group of counties to get the system, starting March 3, state officials said.

Due to the shortage of doses, Los Angeles' large-scale city-run vaccination sites were closed for the weekend. Residents seeking further information were directed to call 213-634-3059 for more information on when the sites would reopen.

LA Mayor Eric Garcetti announced Sunday that delayed vaccines had been shipped and that city-run sites would resume operations on Tuesday, Feb. 23. Appointments will continue throughout the week, with Friday's and Saturday's postponed appointments due to be rescheduled "immediately" and notifications being sent out to residents Monday, the mayor said on social media.

However, Los Angeles County officials said their sites have not been affected by any weather-related issues, and will remain open as scheduled. The Los Angeles County sites are administering only second doses of the two-dose regimen for people in need of their second shot.

The weather-related shortages also did not affect Los Angeles' mobile vaccination sites, like the ones the governor visited Sunday.

Staff went door-to-door to do community outreach and get people vaccinated. Mekahlo Medina reported on NBC4 News on Saturday, Feb. 20, 2021.

The 12,500 people who had appointments scheduled at Los Angeles city-run sites Friday received a notification by text, email or phone that their appointments were postponed, according to Mayor Eric Garcetti's office.

Newsom said Friday that the state in March will begin reserving 10% of the overall supply of vaccines to be administered to teachers, as part of an effort to speed a return to in-person classes. He said Sunday that the teacher supply would amount to 75,000 doses per week.