The emotional appeal came as Newsom was pressed repeatedly on whether California's messages about the virus were clear.

California Gov. Gavin Newsom issued his sharpest warning yet on the rising coronavirus threat, announcing for the first time the state wanted a county to shut down again, pleading with residents to wear masks and reminding them that dozens of people are dying each day — 79 more reported Friday.

"Please, even if you don’t feel sick, you may be transmitting this disease," he said. "Please, please, practice common sense, common decency. Protect yourself, but also protect others. ... What more evidence do we need?"

His tone marked a shift from his policy-wonk style on display at three press conferences earlier in the week, where he talked about data modeling and delivered a trove of statistics, but offered assurances that the state's hospitals were prepared to deal with patients. 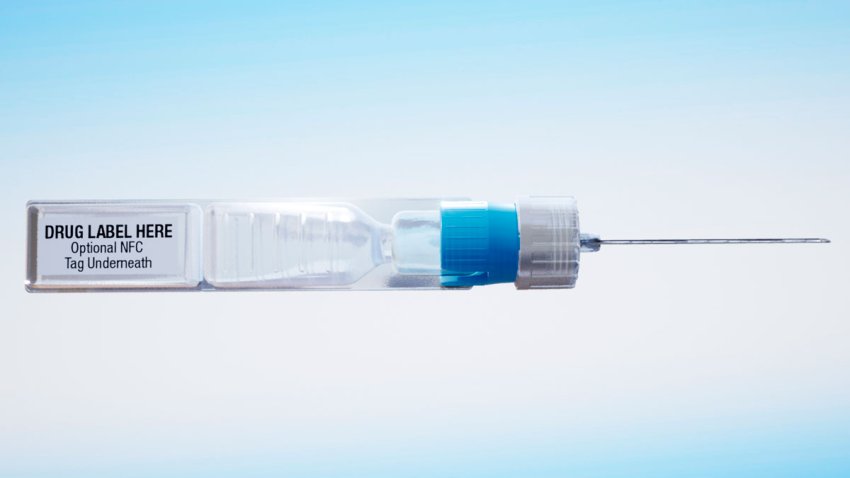 The US Awarded a Firm $1.3 Billion to Make Syringes. Where Are They?

The emotional appeal came as Newsom was pressed repeatedly on whether California's messages about the virus were clear. While California has allowed most counties to open everything from restaurants to gyms, Newsom and other officials have warned about the risks of private gatherings, particularly inside. As caseloads and hospitalizations rise, Newsom has stated that a broad shutdown isn't necessary because of hospital capacity.

Meanwhile, local health officials had been sounding the alarm.

Santa Cruz County health officer Dr. Gail Newel said the county opened its beaches Friday, sooner than planned, after finding it was impossible for law enforcement to keep crowds away. She said it also made no sense to keep beaches closed to keep out-of-county visitors away when the governor was visiting restaurants and promoting tourism.

"It made it hard for us to continue to message that tourism was not welcome when tourism is clearly an important part" of the governor’s plan to reopen the economy, Newel said.

She also said it took too long for the state to come out with a face coverings mandate and the state could do more to bolster public health officers who are bearing the brunt of public anger over closures and mask orders.

David Canepa, a San Mateo County supervisor, said he wrote to Newsom Tuesday urging him to enforce his mandatory statewide order for people to wear face coverings with fines from community service officers.

"This is the time where the governor is going to have to make decisions that may be offensive to 40% of the population, but he’s already done it. He’s done it through shelter in place," he said.

Newsom dismissed the idea as punitive and likened it to ticketing jaywalkers. Canepa, a supervisor in the county south of San Francisco, said the governor rightly gave local governments leeway in responding to the pandemic, but he's now seeking much more decisive messaging as the virus surges, even though it may be politically risky.

But on Friday, Newsom announced he’d asked Imperial County, an agricultural county that borders Mexico, to reimpose a stay-at-home order as officials failed to stop a surge in confirmed cases and hospitalizations. He said other counties might soon decide to roll back on reopening and promised the state would soon launch a new public awareness campaign, though he gave no details.

At the same time, San Francisco Mayor London Breed announced the city would halt its reopening of some businesses. At a briefing in San Bernardino County, Dr. Troy Pennington of Arrowhead Regional Medical Center said the hospital system is becoming stressed and officials may need to turn to alternative care sites to house patients. Earlier this week, Ventura County’s public health office warned the county was losing its battle with the virus.

"You’re seeing a lot of leadership (at the) local level," Newsom said. "It’s not just one person selling down a vision, it’s all of us that have the responsibility to communicate this message."

The Democratic governor dropped his near-daily virus briefings in May as the coronavirus stabilized and his attention turned to other issues like the state budget and protests against police brutality that gripped the state.

As confirmed cases began to rise earlier this month, officials initially said the numbers may be due to dramatically more testing. When Newsom ordered that people wear face masks last week, the announcement was made via news release. But Newsom resumed his regular news conferences this week as hospitalizations and the rate of positive tests rose.

On Monday, he released a public service announcement featuring all four living former California governors, two Democrats and two Republicans, urging people to wear masks. On Wednesday, Newsom announced the state budget included $2.5 billion he could withhold from counties if they didn't enforce state requirements, including wearing masks. The next day, he talked at length about a new data modeling portal.

Sherry Bebitch Jeffe, a professor of public policy communication at the University of Southern California, said Newsom's focus on data shines through in his news conferences, sometimes at the expense of clearer messages.

"He’s a policy wonk and maybe he actually believes that the people who are watching him and listening to him want that data more than they want the simpler message, the more powerful message," she said.