The high number of daily cases continues to jeopardize the county's chance to move into a less-restrictive tier of the state's re-opening road-map. County officials have said the daily average would have to come down to about 130 for Orange County to move from the red to the orange tier, allowing for more businesses to reopen and for some already open to increase their capacity.

The number of hospitalizations related to the virus ticked down from 162 on Friday to 159, with the number of intensive care unit patients dropping from 58 to 55, according to the Orange County Health Care Agency.

The change in the three-day average of hospitalized patients went from 1.2% to -4.1%. The county has 33% of its intensive care unit beds and 70% of its ventilators available. 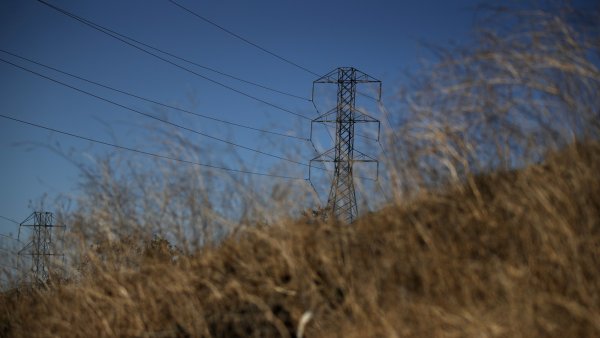 Calif. Utility May Cut Power to 1 Million People Due to Extreme Fire Danger 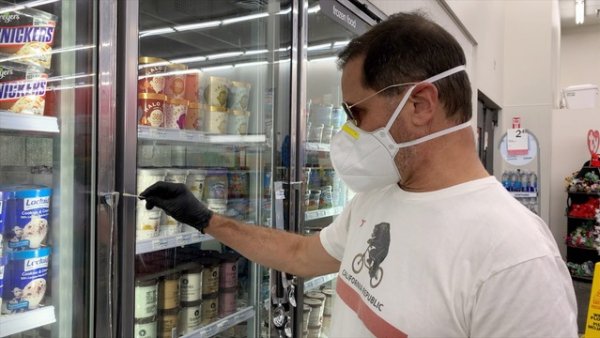 According to OCHCA data, 1,055,089 COVID-19 tests have been conducted since the start of the pandemic, including 10,092 reported Saturday. There have been 52,088 documented recoveries.

The county's positivity rate, which is reported each Tuesday, has remained at 3.2% for the last two weeks, and the daily case rate per 100,000 population also remained at 4.6. That leaves the county close to moving up from the red to the orange tier in the state's four-tier monitoring system.

Rising case rates throughout the nation and forecasts of heightened infections during the winter have public health officials concerned, he said.

"Everyone has the same concerns -- we're looking at the same numbers," Kim said. "We're not seeing (the spikes) in hospital rates, so we're happy about that... But we're all staring at the same thing, and there's no way Orange County gets to the orange tier while everyone else around us is in purple."

Dr. Matthew Zahn, the medical director of the county's communicable disease control division, said at Thursday's weekly news conference on the county's response to the disease that while coronavirus is particularly risky for people with underlying health conditions and the elderly, "we have certainly seen significant illness and death in younger populations."

Also, young adults should also be aware that they "can spread (the virus) to other people, to loved ones around them, who are particularly at risk," Zahn said. "And they're at risk themselves. This is not the flu. This virus remains difficult and is a significant risk for any age group."

According to a memo Thursday from Dr. Clayton Chau, the director of the OCHCA and chief health officer for the county, efforts since this summer to tamp down the spread of COVID-19 in hot spots in Santa Ana and Anaheim have led to a 74.4% reduction in positivity rates -- from an average of 22.5% July 7 to 5.8% as of Oct. 19.

Dr. Margaret Bredehoft, deputy agency director of public health services, announced a new program by the county and the Orange County Department of Education to staff a team of school nurses who will be available to parents evenings during the week and from 8 a.m. to 11 p.m. on weekends. The nurses will help with preparing parents to quarantine infected students and provide other guidance to school officials on disinfecting classrooms and other measures to curb spread of the virus.

Bredehoft also announced a campaign encouraging mask usage among students. Students in elementary through high school grades are being encouraged participate in a contest of essays, videos or art promoting face coverings to curb the spread of coronavirus to help win technology grants for their school.

Dr. Philip Robinson, medical director of infection prevention and hospital epidemiology at Hoag Memorial Hospital Presbyterian, told City News Service that experts expect another wave of coronavirus this fall. Zahn agreed that there is potential for another wave because colder temperatures drive more people indoors, where the virus can be spread more efficiently. The annual flu season can compound it, he said.