In what experts call a breach of medical ethics, some residents are being coerced into swallowing traditional Chinese medicine despite a lack of rigorous clinical data proving it works

The government in China's far northwest Xinjiang region is resorting to draconian measures to combat the coronavirus, including spraying detainees with acidic disinfectant, physically locking residents in homes, imposing strict quarantines of more than 40 days and arresting those who do not comply.

Furthermore, in what experts call a breach of medical ethics, some residents are being coerced into swallowing traditional Chinese medicine despite a lack of rigorous clinical data proving it works, according to government notices, social media posts, and interviews with three people in quarantine in Xinjiang.

One middle-aged Uighur woman told the AP that when she was detained at the height of China’s coronavirus outbreak, she was forced to drink a medicine that made her feel weak and nauseous. She and others in her cell had to strip naked once a week as guards hosed them and their cells down with disinfectant, she said.

“It was scalding,” recounted the woman by phone from Xinjiang, declining to be named out of fear of retribution. “My hands were ruined, my skin was peeling.”

The latest grueling lockdown, now in its 45th day, comes in response to 826 cases reported in Xinjiang since mid-July, China’s largest caseload since the initial outbreak. The lockdown is especially striking because of its severity, and because there hasn’t been a single new case of local transmission in over a week.

Harsh lockdowns have been imposed elsewhere in China, most notably in Wuhan in Hubei province, the city where the virus was first detected. But though Wuhan grappled with over 50,000 cases, many more than in Xinjiang, residents there weren’t forced to take traditional medicine and were generally allowed outdoors within their compounds for exercise or grocery deliveries.

The response to an outbreak of more than 300 cases in Beijing in early June was milder still, with a few select neighborhoods locked down for a few weeks. In contrast, more than half of Xinjiang’s 25 million people are under a lockdown that extends hundreds of miles from the center of the outbreak in the capital, Urumqi, according to an AP review of government notices and state media reports. 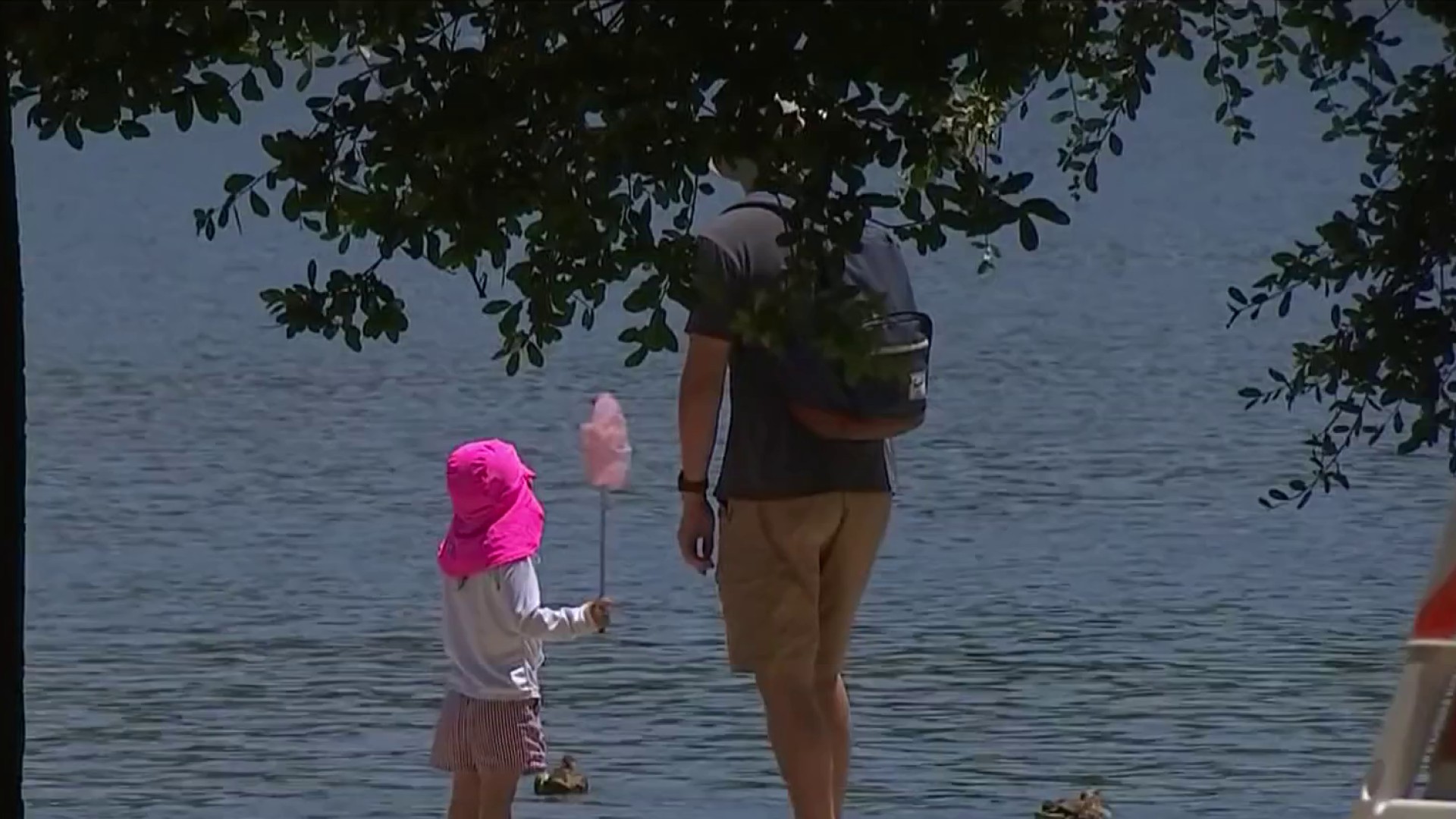 LA County Sees Another Surge in COVID Cases During Holiday

The lockdown in Xinjiang is backed by a vast surveillance apparatus that has swept a million or more Uighurs, Kazakhs and other ethnic minorities into detention over the past three years, including extrajudicial internment camps.

After over a month in detention, the Uighur woman was released and locked into her home. Once a day, she says, community workers force white unmarked bottles of traditional medicine on her, saying she’ll be detained if she doesn’t drink them.

Authorities say the measures taken are for the well-being of all residents in Xinjiang, where the Chinese government has struggled for decades to control native Uighurs who resent Beijing’s heavy-handed rule.

“The Xinjiang Autonomous Region upheld the principle of people and life first….and guaranteed the safety and health of local people of all ethnic groups,” Chinese Ministry of Foreign Affairs spokesman Zhao Lijian said at a press briefing Friday.

Not all the recent outbreak measures are targeted at largely Muslim ethnic minorities like the Uighurs; some are enforced on China’s majority Han residents as well. This month, thousands took to social media to complain about what they called excessive measures against the virus, some with images of residents handcuffed to railings and others of front doors sealed with metal bars. After the heavy criticism, the authorities eased certain restrictions last week, now allowing some residents to walk in their compounds.

One Han businessman told the AP he was put in quarantine in mid-July. Despite testing negative for the virus, he said, the authorities still haven’t let him out. When he’s complained about his condition online, he said, he’s had his posts deleted and been told to stay silent.

“The most terrible thing is silence,” he wrote on Chinese social media site Weibo in mid-August. “After a long silence, you will fall into the abyss of hopelessness.”

“I’ve been in this room for so long, I don’t remember how long. I just want to forget,” he wrote again, days later.

He, too, is being forced to take Chinese traditional medicine, he said, including liquid from the same unmarked bottles as the Uighur woman, confirmed in images from both seen by the AP. He is also forced to take Lianhua Qingwen, a herbal remedy seized regularly by U.S. Customs and Border patrol for violating FDA laws against falsely claiming to be effective against COVID-19.

Since the start of the outbreak, the Chinese government has pushed traditional medicine on its population despite the lack of rigorous clinical data showing it is effective against the virus. Other leaders have also spearheaded unproven remedies – notably U.S. President Donald Trump, who stumped for the malaria drug hydroxychloroquine. But China appears to be the first to force some citizens — at least in Xinjiang — to take them.

The government says that the participation rate in traditional Chinese medicine treatment has “reached 100%”, according to a state media report. When asked about resident complaints that they were being forced to take Chinese medicine, one local official said it was being done “according to expert opinion.”

With Xi’s ascent, critics of Chinese traditional medicine have fallen silent. In May, the Beijing city government announced a draft law that would criminalize speech “defaming or slandering” Chinese medicine.

“None of these medicines have been scientifically proven to be effective and safe,” said Fang Shimin, a former biochemist and writer now living in the United States. “It’s unethical to force people, sick or healthy, to take unproven medicines.”

Measures vary widely, and not all residents are taking the medication. The Uighur woman says she’s flushing the liquid and pills down the toilet. A Han man whose parents are in Xinjiang told the AP that for them, the remedies are voluntary.

Though the measures are “extreme,” they’re understandable, said the man, who declined to be named to avoid retribution.

“There’s no other way if the government wants to control this epidemic,” he said.