In Role Reversal, Asia Seeks to Stop Virus From Coming in

Just as the spread of the disease is stabilizing in much of Asia, it is popping up in new hot spots around the world

From quarantining arriving travelers from overseas to nabbing those sneaking in with fevers, China and other parts of Asia are scrambling to prevent the new coronavirus from coming back to where it first broke out.

Just as the spread of the disease is stabilizing in much of Asia, following a major outbreak in China and sizable ones in South Korea and Japan, it is popping up in new hot spots around the world.

Those three countries announced expanded border controls this week that mimic many of the bans and restrictions placed on China in the early days of the outbreak. China, which didn't have enough protective equipment for its medical workers a few weeks ago, is now donating supplies to Italy, Iran, South Korea and other affected places.

The outbreak is far from over in Asia and could well explode again when restrictions put in place to stymie it are lifted. But the panic that seized the region has shifted to the Mideast, Europe and the Americas as those areas deal with the rapid spread of the virus for the first time.

China reported Friday just eight new cases of the virus in the previous 24 hours, and three were imported from Italy, the United States and the United Kingdom. The number has dropped sharply form a month ago, when the daily figure was in the thousands. Nearly 90 imported cases have been identified in recent weeks.

National Health Commission spokesman Mi Feng said this week that the peak of outbreak has passed in China, but that "the fast development of the epidemic overseas has introduced uncertainties."

Just a week ago, South Korea was complaining about a global scurry to block or restrict visitors coming from the country. Foreign Minister Kang Kyung-wha, in a rare moment of bluntness, called the moves an unsophisticated reaction by nations with inept quarantine abilities.

Now, as new infections have eased at home, South Korea is stepping up border controls to prevent the virus from being reintroduced by travelers from overseas.

Starting Sunday, the country will extend special screening measures to passengers from France, Germany, Spain, Britain and the Netherlands, as well as those who have stopped in Dubai and Moscow in the previous two weeks.

Besides having their temperature checked and filling out health questionnaires, they will download a smartphone app to report their health status daily to authorities. The screening already applied to visitors from mainland China, Hong Kong, Macao, Japan, Italy and Iran. South Korea also bans people coming from Hubei, the province in China with by far the most infections and deaths.

For most people, the new coronavirus causes only mild or moderate symptoms, such as fever and cough. Some, especially older adults and those with existing health problems, develop more severe illnesses such as pneumonia. 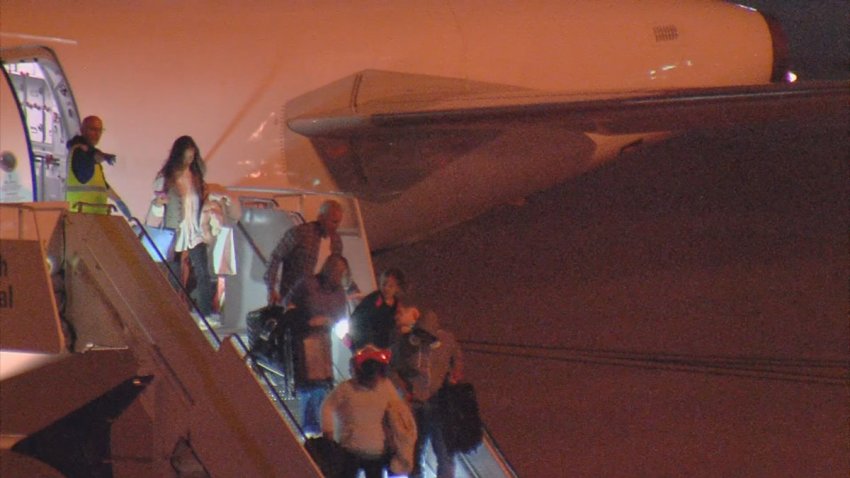 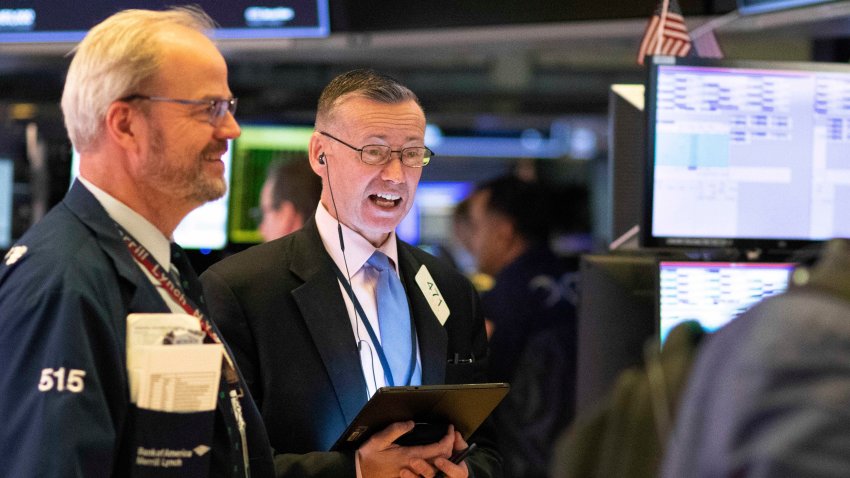 Stocks Roar Back From Big Losses After Emergency Declaration

Beijing, which has identified 18 imported cases in the past week, announced it would require anyone arriving from overseas to quarantine for 14 days. Previously, only those from places with serious outbreaks had to do so. Shanghai, with eight imported cases confirmed so far, said late Thursday that people coming from Italy, France, Germany, Spain, Iran, South Korea, Japan and the U.S. would have to do the same.

Police in Beijing say they are investigating a family of eight that returned home from Italy, four of whom had contracted the virus. They allegedly took cold medicine to lower their fevers and falsified their health declaration forms, police said.

The case is one of at least three in China under investigation. South of Shanghai in Zhejiang province, six people who worked in a restaurant in Italy and developed coughs, headaches and fevers before returning are under investigation for failing to report their health condition when entering China, according to Chinese media reports.

In the north, the Epidemic Prevention and Control Center in Zhengzhou city said a 30-year-old construction worker who had traveled to Milan via Abu Dhabi falsely reported his foreign travels. It didn't specify how he did so. He has been put in isolation with a fever and police are investigating.

China has begun evacuating its citizens from one virus-hit country, Iran, echoing earlier flights organized by other nations to bring back their nationals from Wuhan, the capital of Hubei province, after China cut off commercial air and rail service in a lockdown of the region to restrict the spread of the virus.

A charter flight with 164 passengers arrived in the city of Chengdu this week, following two flights bringing back 311 Chinese citizens to the city of Lanzhou in Gansu province last week. The earlier flights led to a spike in new cases, with Gansu reporting 36 imported ones since they landed.

"We will ... take all necessary measures to ensure the safety and legitimate rights and interests of overseas Chinese citizens," Foreign Ministry spokesman Geng Shuang said this week.

China has dispatched medical teams to Iran, Iraq and Italy and said it would contribute $20 million to the World Health Organization in support of its efforts to combat the virus. The Chinese Embassy in Rome said this week that China had offered to send doctors and lung ventilators and other equipment to Italy.

Canadian Prime Minister Justin Trudeau and his wife, Sophie Grégoire Trudeau, announced on Thursday that they are imposing self-isolation as Sophie Grégoire tested positive for COVID-19.

China, which bristled at a blanket U.S. ban imposed on non-citizens arriving from China, has chosen to quarantine people rather than ban anyone. President Donald Trump has expanded that ban to several European countries, drawing sharp criticism from the European Union.

Japan's moves to control the epidemic struck a raw nerve in South Korea, where resentment persists over Japan's colonization of the Korean Peninsula in the first half of the 20th century.

After Japan imposed a 14-day quarantine on visitors from South Korea and China, South Korea responded by ending visa-free entry for Japanese citizens and putting them under special screening measures at points of entry.

South Korea has confirmed about 8,000 cases, the fourth highest in the world after China, Italy and Iran.

President Donald Trump suggested Thursday the Olympics should be postponed to curb the spread of coronavirus. "I just can't see having no people there," he said.