The coronavirus outbreak hit home Wednesday among the well-born and the desperately poor alike as Britain's Prince Charles tested positive and India's 1.3 billion people, or one-sixth of the Earth's population, found themselves under lockdown.

Spain’s Parliament voted in favor of the government’s request to extend the state of emergency by two weeks that has allowed it to apply a national lockdown in hopes of stemming its coronavirus outbreak.

The parliamentary endorsement will allow the government to extend the strict stay-at-home rules and business closings for a full month. The government declared a state of emergency on March 14. It will now last until April 11.

Spain’s government solicited the two-week extension after deaths and infections from the COVID-19 virus have skyrocketed in recent days. Spain 47,600 total cases. Its 3,434 deaths only trail Italy’s death toll as the hardest-hit countries in the world.

The parliament met with fewer than 50 of its 350 members in the chamber, with the rest voting from home to reduce the risk of contagion.

Russian President Vladimir Putin postponed a nationwide vote on proposed constitutional amendments that could enable him to extend his hold on power.

More than 435,000 people worldwide have been infected and the number of dead closed in on 20,000, according to the running count kept by Johns Hopkins University. Overall, more than 100,000 have recovered.

Meanwhile, U.S. lawmakers finally agreed on a mammoth economic relief package, buoying stock markets around the world, and President Donald Trump said he wants to see the country get back to business in a matter of weeks, over the objections of public health experts.

U.S. infections were climbing rapidly and had passed the 55,000 mark, with deaths approaching 800. Top White House aide Eric Ueland announced a massive, $2 trillion economic agreement in a Capitol hallway shortly after midnight after days of haggling.

The plan would support businesses through the crisis and give households one-time payments of $1,200 per adult and $500 per child.

President Donald Trump addressed the media on Tuesday at the White House and reiterated that he hopes the country will reopen by Easter.

Relief that U.S. politicians have reached a deal on economic support pushed world stock markets up on Wednesday. Indexes in Europe and Asia rose a day after the Dow Jones Industrial Average had its best day since 1933. 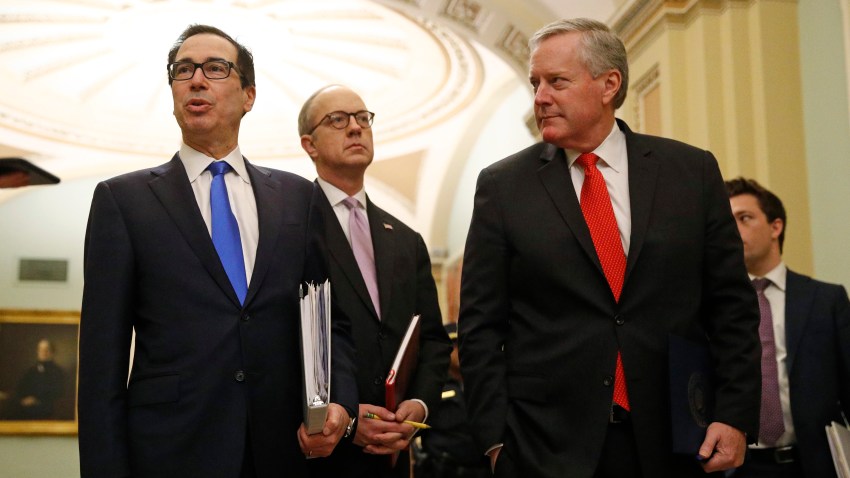 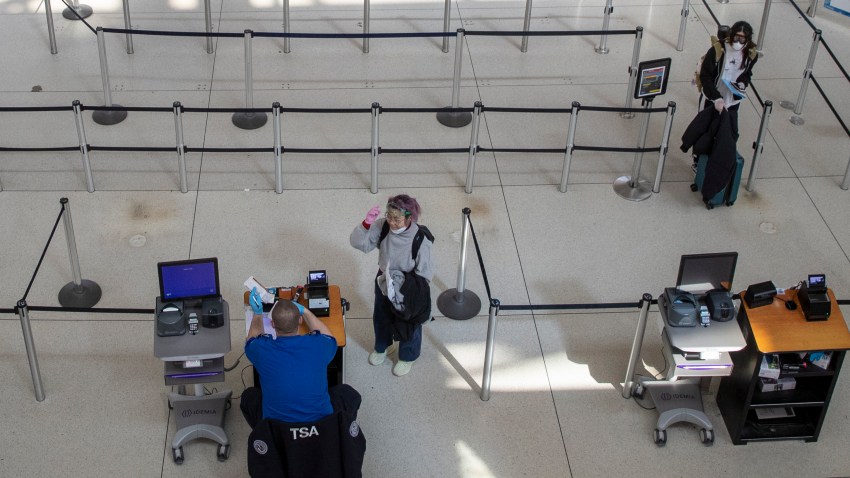 With Americans' lives and livelihoods hanging in the balance, Trump said he "would love to have the country opened up and just raring to go by Easter,” on April 12. But that statement sharply contradicted health officials' calls for tighter restrictions on people's movements. Scientists and other politicians in the U.S. have warned that the worst is yet to come.

New York Gov. Andrew Cuomo said his state's infections are doubling every three days, threatening to swamp the city's intensive care units. The state has 26,000 infections and more than 200 deaths.

New York Governor Andrew Cuomo discusses the lack of ventilators for people affected by the coronavirus in his state.

“One of the forecasters said to me: ‘We were looking at a freight train coming across the country,'" the governor said. “We’re now looking at a bullet train.”

In Spain, deaths shot up by more than 700 in a day. The country said it is buying 432 million euros ($467 million) of medical supplies from China, including 500 million masks, 5.5 million fast test kits and 950 ventilators.

Spanish media reported that 23 residents of a Madrid retirement home died from COVID-19 or symptoms related to the virus. The home's management said it had been pleading for more staff and supplies, including virus tests, after 55 of its workers had been forced to take medical leave.

More than 6,400 of the country’s medical workers have been infected in overburdened hospitals and intensive care units, accounting for roughly 13% of Spain's cases, the Health Ministry said.

Meanwhile, Charles, the 71-year-old heir to the British throne, is showing mild symptoms of the virus and is isolating himself at a royal estate in Scotland, his office said, adding that his wife, Camilla, has tested negative.

Charles “otherwise remains in good health and has been working from home throughout the last few days as usual,” it said.

India has reported only about 450 cases because of limited testing, but Prime Minister Narendra Modi warned that if he didn't act now, the virus could set the world's largest democracy back decades.

India is home to the second-largest number of people living in extreme poverty. Many areas have poor sanitation and health care and are vulnerable to outbreaks of disease. Officials struggled to enforce the restrictions.

Tarique Anwar, a former banker, said he went out to buy milk and vegetables at a grocery store in Delhi’s Jamia Nagar neighborhood when he was confronted by a group of policemen who ordered him to go back. He only managed to get vegetables.

A video shot by a passerby showed a policeman using his baton to smash the interior of a meat shop in the capital's Zakir Nagar neighborhood. The shop’s owner said police also beat him up and told him he shouldn't have opened his shop.

“They charged inside and started abusing and beating me,” said Parvez, who uses only one name.

Everything but essential services like supermarkets were closed. Normally busy railway stations in New Delhi were deserted and streets were eerily silent.

“Delhi looks like a ghost town,” said Nishank Gupta, a lawyer. “I have never seen the city so quiet before.”

Italy has been the hardest-hit nation in Europe with more than 69,000 infections and 6,800 deaths. Authorities are investigating if a hotly contested Champions League soccer game in Milan in February poured rocket fuel on the crisis that is overwhelming Italian hospitals. Italian doctors are being forced to choose who will receive desperately needed ventilators and who won't.

Germany’s parliament approved a series of measures to allow the government to offer business aid totaling more than 1 trillion euros ($1.1 trillion) for the country of 83 million people.

There are signs that drastic measures to keep people away from one another can push back the spread of the illness and flatten the infection curve. In China's Hubei province, where the outbreak was first spotted late last year, started lifting its lockdown.

Some train stations and bus services reopened in Hubei and people who passed a health check were allowed to travel for the first time since January. A similar easing in the hard-hit epicenter of Wuhan is planned for April 8.

For most people, the coronavirus causes mild or moderate symptoms, such as fever and cough that clear up in two to three weeks. For some, especially older adults and people with existing health problems, it can cause more severe illness, including pneumonia.

It is the latter cases — often requiring ventilators and specialized care — that threaten to overwhelm hospitals. Several countries are already running short of the critical equipment needed to treat patients and keep doctors and nurses safe. Doctors are dying in Italy.

Cases edged up in countries with fragile health care systems. The caseload in South Africa rose past 700 as the country got ready to go on lockdown Friday, and Russia reported 163 new cases overnight for a total of 658.

Blake reported from Bangkok. Associated Press reporters around the world contributed to this report.