Los Angeles County is still listed in the state's highest-risk category for COVID-19 under its four-tier economic recovery roadmap.

Los Angeles County's public health director reiterated Monday that the region has avoided a feared post-Labor Day spike in coronavirus cases, and the Board of Supervisors tomorrow will discuss possibly allowing school districts to apply for waivers to offer some in-person instruction.

The board is also expected to hear directly from health officials about the possibility of additional businesses reopening, including nail salons, which have been cleared by the state to reopen if individual counties authorize them to do so. Operators of card rooms and craft breweries have also been pushing hard to reopen on a limited basis.

Public health director Barbara Ferrer said the county will rely on lessons learned from past decisions about reopenings, as well as its level of confidence in the ability of affected businesses to adhere to health restrictions once they're permitted to begin operating.

The COVAX facility is a global effort to find, develop and distribute a safe, effective coronavirus vaccine to every country in the world. But the U.S. has declined to participate due to President Trump’s lack of confidence in the World Health Organization. But can an America-first strategy for vaccine development work? The New York Times takes a closer look.

"Even for folks that are well-intentioned, sometimes they need some help making sure that they're able to comply," she said. "There's no way to open with as much safety as possible if people are not complying with the public health directives. I think that's really clear to us now that we're in September, and I think that will be used to guide our decisions as we move forward. But we are moving forward and think that's a place we're comfortable being. We are comfortable being in a place where we need to move forward and we need to in fact pay a lot of attention to what we've done that's worked and what we've done that hasn't worked so well."

Los Angeles County is still listed in the state's highest-risk category for COVID-19 under its four-tier economic recovery roadmap. The county is in the "purple" tier, signifying continued widespread transmission of the virus locally. Last week, the county met both of the state's criteria for advancing to the next stage, the ``red'' tier -- meeting the required seven-day average testing positivity rate and the number of new cases per 100,000 residents.

The state releases updated statistics every Tuesday, and if Los Angeles County meets the requirements again, it could potentially move up in the chart, allowing more businesses to open, including movie theaters. But Ferrer said it may be difficult for the county to meet the required case rate per 100,000 residents, noting that there's a 10-day lag in numbers used by the state and that the county saw an increase in case numbers during the week that ended Sept. 19, compared to the prior week.

In raw numbers, the county does not meet the state's threshold, but the state adjusts the figure based on various factors, including the amount of testing being done locally. But Ferrer said there's no way to know if that adjustment will help the county meet the criteria because "the adjustment factor changes every week."

Counties must meet the thresholds for two consecutive weeks, so if the county falls short on Tuesday, it will be at least another two weeks before the county could advance in the matrix.

Gov. Gavin Newsom said Monday that he anticipates a number of counties across the state being moved into different tiers of the matrix, but he didn't offer any specifics. He noted, however, that Los Angeles County has seen the virus transmission rate -- the average number of people COVID-19 patients infect with the virus -- rise above the critical level of 1.0 in the past week. 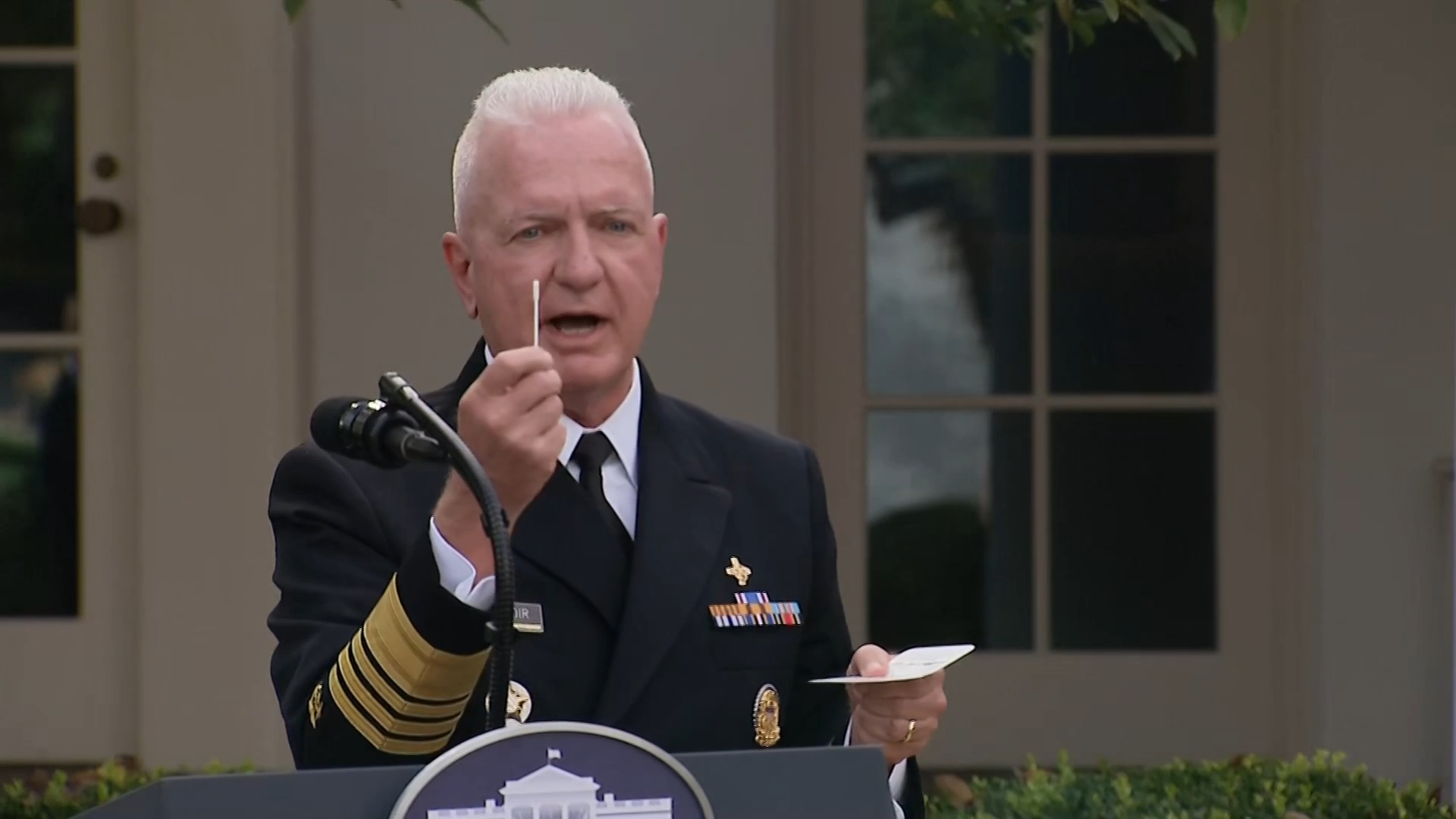 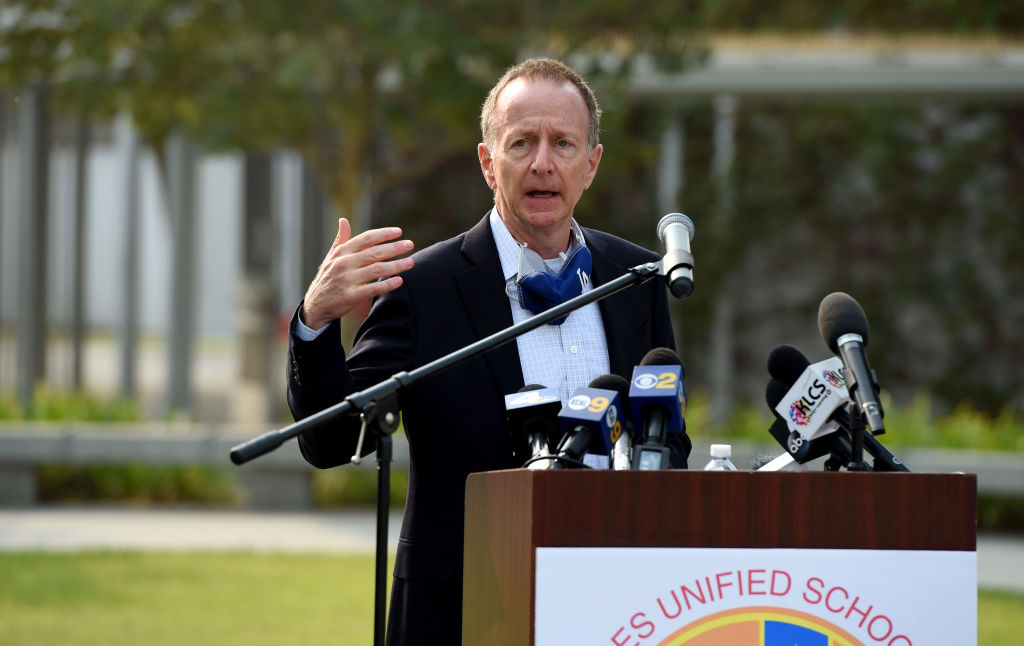 Regardless of what happens with the state's figures, County Supervisor Kathryn Barger said the board on Tuesday will discuss accepting waivers from schools or districts to offer in-person classes. The state created a waiver system months ago allowing schools in areas with low virus activity to seek permission to offer in-person instruction on some restricted level. But Los Angeles County opted not to accept such requests, having just experienced a surge of cases after the Fourth of July holiday.

That could change based on the board's discussion.

"Hopefully we can come to some conclusion as it relates to putting something together that'll allow school districts to at least submit a waiver to Dr. Ferrer then have it go up to the state so that some school districts can have some sort of hybrid for in-class training,'' Barger said.

The county on Monday announced one new coronavirus-related death and 663 newly confirmed cases. Ferrer noted that Monday figures are typically lower due to a lag in reporting from over the weekend. Long Beach health officials reported 45 new coronavirus cases Monday, while Pasadena added one.

The new death increased the countywide death toll since the start of the pandemic to 6,515.

The number of cases confirmed countywide since the pandemic began stood at 268,501 as of Monday. A total of 663 people were hospitalized in the county, excluding Long Beach and Pasadena, continuing a weeks-long downward trend.

Meanwhile, amid the debate over businesses reopening, large gatherings remain prohibited under county health orders. However, organizers of Los Angeles Comic Con announced Sunday they were moving ahead with plans for an in-person event at the Convention Center, with tickets going on sale Tuesday.

Business butlers and an office with a view? Telecommuters are bringing their work all over the world and the tourism industry is starting to notice, with hotels in particular offering work and play packages to entice longer-term stays. Some countries even offer visas for remote workers.

An announcement on the event's website states that organizers have been working with state and local officials, including the mayor's office, and "we believe our new plans and procedures allow us to do so safely, with full (COVID-19) safety precautions in place.''

"First of all, as a reminder, we're in tier one still, and even as you move through the tiers, the governor and the state have not announced when it will be OK to have large-scale events,'' she said. ``I think a lot will depend on what happens as we enter into flu season about whether or not those are going to be actions we'll be able to take."

Ferrer and Newsom on Monday both made a push for residents to get a flu shot, warning of the danger of a severe flu season combining with the coronavirus to overwhelm hospitals. Newsom went so far as to get a shot in the middle of his coronavirus news conference.

Ferrer said past severe flu seasons have caused some hospitals to implement contingency or surge plans to handle the case loads.

"This fall and winter we will probably see both flu and COVID-19 at the same time,'' she said, adding that such a circumstance could make it "more difficult for everyone to access needed care."