A total of 2,316 people were reported to be hospitalized due to the virus, topping the previous peak level of 2,232 set in July.

The county Department of Public Health announced 7,593 new COVID-19 infections on Tuesday, topping the previous daily record of 6,124 set just last week. Health officials stressed that increased testing is not the cause of the spike, noting that the average daily rate of people testing positive for the coronavirus is now nearly 12%, up from 7% a week ago and about 4% a month ago.

A total of 2,316 people were reported to be hospitalized due to the virus, topping the previous peak level of 2,232 set in July. Health officials have warned over the past week that hospital numbers will continue to rise in conjunction with the increase in cases, potentially gobbling up normally available hospital space by Christmas.

County Public Health Director Barbara Ferrer warned that although Tuesday is the worst day of the pandemic so far, things will worsen "tomorrow and the next day and the next." 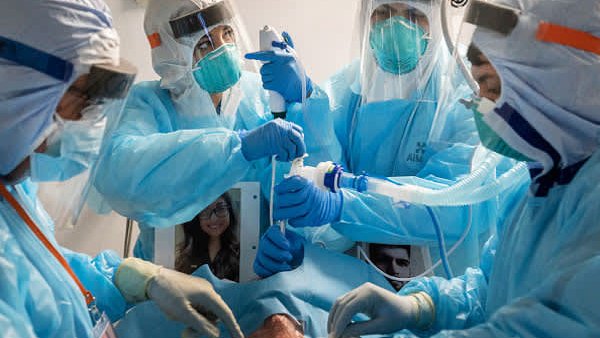 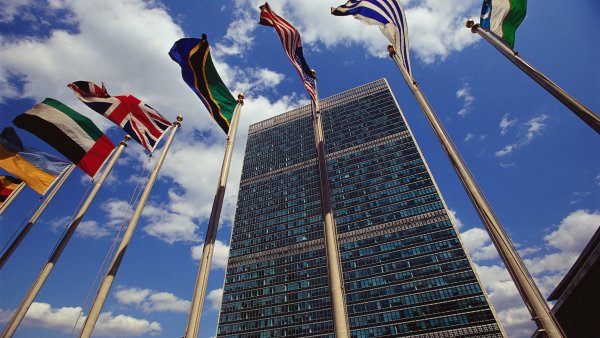 UN Warns Pandemic to Fan Surge in Humanitarian Needs in 2021

"Every resident and every business needs to take immediate action if we are to dampen this alarming surge," Ferrer said in a statement. "We are in the middle of an accelerating surge in a pandemic of huge magnitude. This is not the time to skirt or debate the safety measures that protect us because we need every single person to use every tool available to stop the surge and save lives."

The county on Monday implemented tightened restrictions that bar all gatherings of people from multiple households and set strict capacity limits on businesses and recreation venues. Those restrictions followed last week's cutoff of in-person dining at restaurants, a move that was met with vocal criticism from business owners, diners and some elected officials.

But as tough as those restrictions were to swallow for some, even tighter regulations could soon be handed down from the state. Gov. Gavin Newsom warned Monday that he could be issuing a sweeping stay-at-home order -- on the magnitude of the one imposed at the start of the pandemic in March -- in hard-hit counties to prevent hospitals from being overrun.

It was unclear how extensive that order might be, but it could potentially shutter all non-essential businesses and allow residents to leave their homes only to obtain essential goods.

The 7,593 new cases announced by the county Tuesday, along with 584 added by Long Beach health officials and 35 by Pasadena, lifted the county's cumulative total during the pandemic to 409,015. The county also announced another 46 coronavirus-related deaths on Tuesday, although one of those deaths was announced Monday by Long Beach. Long Beach reported two additional deaths
Tuesday. The new fatalities increased the countywide death toll to 7,702.

In a statement announcing Tuesday's case numbers, the county Department of Public Health again urged residents to remain home as much as possible, and to wear a face covering and practice social distancing when in proximity to others. The county also urged businesses to adhere to all health protocols, noting that inspectors handed out 57 citations to businesses between Nov. 8 and Nov. 22 for violating health orders. A total of 352 citations have been issued since the end of August.

The order allows most outdoor recreational facilities to remain open, including beaches, trails and parks. But face coverings are required. Also open are golf courses, tennis courts, pickleball, archery ranges, skate parks, bike parks and community gardens, but use is restricted to a single household at a time. Pools that serve more than one household may open only for regulated lap swimming with one person per lane. Drive-in movies/events/car parades are permitted provided occupants in each car are members of one household.

Schools operating with limited numbers of students and day camps can remain open, adhering to reopening protocols. Schools and day camps with an outbreak, defined as three cases or more over 14 days, should close for 14 days. Card rooms are closed, as well as playgrounds, except for those at child care centers and schools.

The restrictions will remain in effect until at least Dec. 20. The county last week ordered a three-week halt to in-person dining at restaurants.

Southwest Airlines will again be booking middle seats on flights. All passengers are still required to wear masks aboard the plane.

The county's health orders have been met with some opposition. The Lancaster City Council will meet Thursday to consider expressing no-confidence in Ferrer and potentially exploring the creation of an independent city health department. Other cities, including West Covina and Beverly Hills, are also believed to be considering establishing their own health agencies to split with the county.

The California Restaurant Association will be back in court Wednesday, along with attorneys for downtown restaurant Engine Co. No. 28, challenging the legality of the ban on in-person dining.

According to county estimates released last week, every COVID-19 patient in the county is passing the virus to an average of 1.27 people -- the highest transmission rate the county has seen since March, before any safety protocols such as face coverings and social distancing were in place.

Based on that transmission rate, health officials estimated one of every 145 people in the county are now infected with the virus and transmitting it to others.

Those projections are updated weekly, with the next update expected on Wednesday.