LA County Sees a Rise in COVID-19 Cases This Week

Health officials said this week they would be closely monitoring the case numbers, but said the elevated numbers should be a reminder that COVID-19 is still spreading in the community.

For the fourth day in a row, Los Angeles County reported more than 1,200 new coronavirus cases, continuing a string of elevated numbers that could further stall efforts to reopen more sectors of the local economy.

The county announced 1,285 new cases Saturday, up from the 1,256 cases reported Friday and the 1,280 announced Thursday. On Wednesday, county health officials reported 1,645 new cases, the highest numbers seen since Aug. 22.

The figure includes cases reported through the Long Beach and Pasadena health departments.

Health officials said this week they would be closely monitoring the case numbers, but said the elevated numbers should be a reminder that COVID-19 is still spreading in the community. 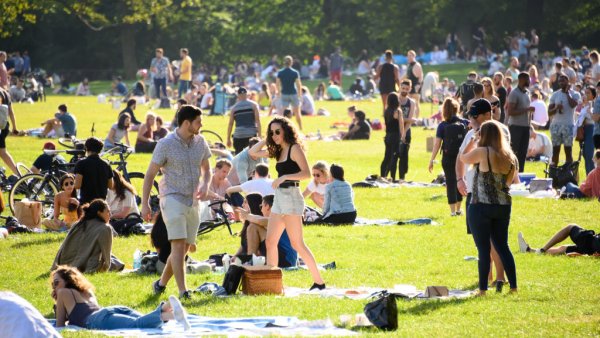 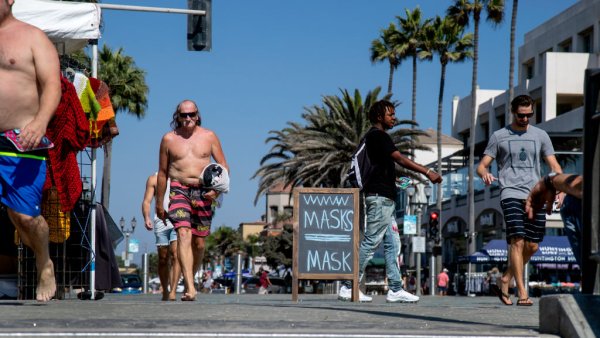 Orange County Poised to Remain in Red Tier, as Hospitalizations Continue to Decline

The 1,285 cases announced by the county lifted the cumulative countywide total since the start of the pandemic to 281,165.

The county also reported another 28 coronavirus-related deaths Saturday. That is more than double the number of deaths reported Friday. The new deaths increased the countywide total to 6,768.

Los Angeles County Department of Public Health officials Friday announced one additional confirmed case of multisystem inflammatory syndrome in children, or MIS-C, bringing the overall number of cases of the rare malady to 41 in the county. The condition, which has been linked to COVID-19 exposure, results in inflammation of bodily organs.

Nearly half of the children who contracted the syndrome in Los Angeles County had to be treated in an intensive-care unit, but there have been no reported deaths in the county from the illness.

With more businesses reopening in the past week, health officials urged customers and business owners to adhere to all safety protocols when patronizing restaurants or other merchants. According to the county, there were 118 virus outbreaks in businesses or workplaces were opened in the past two weeks alone. Since Sunday, the county has issued 125 citations to businesses for failing to comply with health protocols, and an undisclosed number were actually closed due to "significant health and safety concerns or violation" of health orders.

No details were released on business closures.

The county this week also began accepting waiver applications from schools that want to offer in-person instruction for pre-kindergarten through second-grade students. Ferrer said about 26 schools have submitted waiver requests so far.

On Tuesday, the county quietly authorized breweries and wineries that don't have their own kitchens to reopen for outdoor service, provided they partner with a third-party food provider. All alcohol sales for on-site consumption at breweries and wineries must be accompanied by a "bona fide meal" purchase. Customers must be seated at tables, and they must make a reservation at least one day in advance, under the health order.

As of Saturday, there were 701 people hospitalized in the county due to the virus. That's down from 724 Friday and 709 on Thursday but higher than 696 on Wednesday, 685 on Tuesday and 674 on Monday. Health officials acknowledged that the number has been on the rise this week, but the total has remained below 800 since mid-September -- well below the 2,000-plus numbers seen in July.

Los Angeles County is still in the strictest level of the state's four-tier economic-reopening roadmap. The county's recent testing positivity rate is low enough to qualify the county to move up to a less-restrictive tier, but the average daily number of new cases needs to drop to about 700 per day before any movement will occur.

As of Wednesday, the county's rate of new cases per 100,000 residents was averaging 7.4, slightly above the limit of 7 needed to move out of the state's restrictive "purple" tier.