The numbers came as most of the county's coastal cities closed their beaches for the Fourth of July holiday weekend to prevent further community spread of the virus.

The numbers came as most of the county's coastal cities closed their beaches for the Fourth of July holiday weekend to prevent further community spread of the virus. 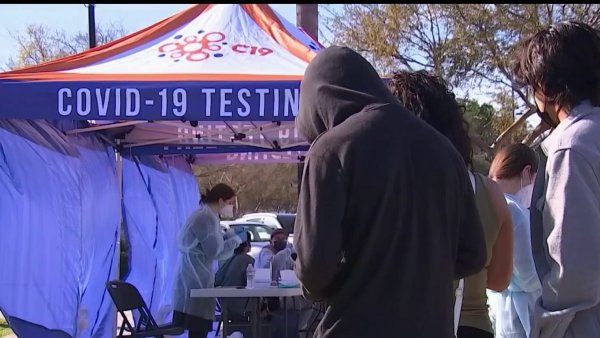 County officials reported that they had performed 260,853 COVID-19 tests, with 8,244 documented recoveries.

County CEO Frank Kim said the decision to close county beaches Saturday and Sunday was made to align with most major cities along the coast, and out of concern that with indoor dine-in restaurants and bars closed the county's beaches would be more overrun than usual during the holiday weekend.

Gov. Gavin Newsom announced Wednesday that state beaches would also be closed in counties that close their coastline. Doheny, one of the more popular coastal points in the county, is a state beach in Dana Point.

Kim said any time large groups of people congregate there is a risk of spreading the virus, but, "We believe there is a much lower risk in outdoor settings."

San Clemente will be under a soft closure with only parking lots closed through Sunday, but Mayor Pro Tem Laura Ferguson said she does not wish to close the beaches.

In Newport Beach, the decision to close beaches from 10 p.m. Friday to 6 a.m. Sunday followed news that two seasonal lifeguards in the city had tested positive for the coronavirus, and nearly two dozen others were placed in quarantine.

Mayor Will O'Neill said some of the other lifeguards were showing symptoms. He noted the fastest growing demographic of infected patients are in their 20s and 30s.

"They're going to bars, going to house parties, not doing a great job of social distancing," O'Neill said, adding that he hopes they will now "take this seriously" as officials have to retreat on business and beach activity.

"I cannot in good conscience add more onto our lifeguards," he said. "We just can't responsibly ask our lifeguards to do more with less."

O'Neill also implored beachgoers to stay away during the holiday weekend.

"Don't make our lifeguards and police chase you off,'' he said. "This is a hard enough year... This is a time we step up to where we need to be."

Seal Beach's City Council voted to close its beaches and parking lots from 6 p.m. Friday through Sunday at sunrise.

On Friday, Acting County Health Officer Dr. Clayton Chau issued new orders and recommendations in line with directives made earlier this week by the California Department of Public Health and the Governor's Office.

They include the mandatory closure of bars (with certain exceptions), while also closing indoor operations of sectors including dine-in restaurants, wineries and tasting rooms, movie theaters, family entertainment centers such as bowling alleys, miniature golf, batting cages and arcades, zoos and museums.

The new order is in effect until further notice.

Meanwhile, Sheriff Don Barnes, who has been criticized for declaring at a Board of Supervisors meeting that he did not intend to be the "mask police," issued a statement on Thursday saying that face coverings are "important" to fight the spread of the virus.

Barnes said it was impractical to enforce face-covering mandates.

"As many other industries are gaining compliance through an education- first approach, deputies will continue to educate the public about the statewide face-covering requirement and will request voluntary compliance," Barnes said.

"During this time of strained police community relations, one only needs to look to New York and other jurisdictions where enforcement has resulted in uses of force and negative outcomes to recognize that an education- first strategy, aimed at obtaining voluntary compliance, is the  most sensible and realistic approach."

"I expect that Orange County residents will continue to use common sense and responsibly wear a face covering, in addition to other recommended best practices such as frequent hand washing and maintaining physical distance, for the benefit of their own health as well as the collective health of the community. We must do what is necessary to stop the transmission of COVID-19."

Newsom this week said he has established "strike teams" of state officials who will seek to enforce compliance with COVID-19 guidelines.

Kim told reporters "enforcement can be a challenge" for county officials because they do not always have jurisdiction. In many cases it is up to local cities to enforce regulations, Kim said.