“I know one of the members said, ‘I was looking out for my family,’” Rep Brian Sims said. “You were exposing our families.”

State Rep. Brian Sims (D-182) first made the allegations in a 12-minute long video on his Facebook page Wednesday, claiming House Republican leadership knew that Rep. Andrew Lewis (R-Dauphin) had tested positive for the novel coronavirus and never informed House Democrats, including those who had been in contact with him. 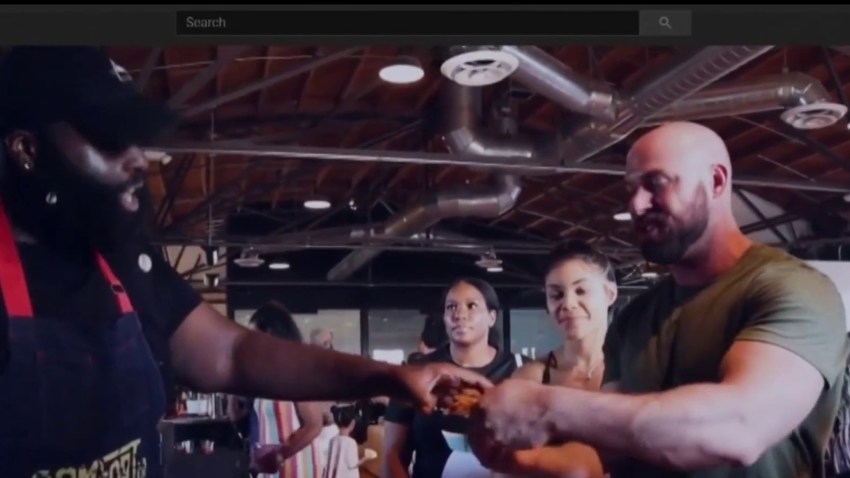 Sims claimed he had donated a kidney in January and pointed out that Democratic Rep. Kevin Boyle has two young children, making both of them especially vulnerable.

“I know one of the members said, ‘I was looking out for my family,’” Sims said. “You were exposing our families.”

Rep. Lewis confirmed with NBC10 that he tested positive for COVID-19 on May 20 after undergoing the test on May 18.

“I immediately began self-isolation protocol and contacted the House of Representatives, and our caucus Human Resources department,” Lewis wrote. “My last day in the Capitol was Thursday, May 14."

Lewis insisted he and those he notified followed the Centers for Disease Control and Prevention’s workplace exposure guidelines to determine everyone he may have been in contact with and everyone who may have possibly been exposed.

“I can confirm every member or staff member who met the criteria for exposure was immediately contacted and required to self-isolate for 14 days from their date of possible exposure,” Lewis said.

Lewis also said he chose to keep his positive case private out of respect for his family and “those who I may have exposed.” He also said that he has now fully recovered.

“We followed data and science, implementing the guidelines from the CDC and PA Dept of Health, in line with exactly what Gov. Wolf requires from any business that wishes to operate," Straub said. "Anyone who met those guidelines was notified and quarantined."

Straub cited the following CDC and Department of Health guideline:

Identify employees that were in close contact (within about 6 feet) with a person with a probable or confirmed case of COVID-19 from the period 48 hours before symptom onset. Any such close contacts will be notified and instructed to monitor themselves for symptoms (fever, persistent dry cough, and shortness of breath). If an employee develops symptoms, that employee should notify Human Resources and will be instructed not to come to work for 14 days from the onset of symptoms.

“It also goes without saying you can’t talk about a person’s private medical history or conditions,” Straub wrote.

“I know you guys know that in the media, but HIPAA limits exactly what anyone can say about a coworker's medical history. Rep. Lewis made the decision to make his story public today – but we could not make that announcement, or provide information that could lead to identifying him.”

Other Pennsylvania Democrats reacted to the news, telling NBC10 they were never informed of Rep. Lewis’ diagnosis.

“While Republicans may have been informed of Lewis testing positive for the deadly virus, and while multiple Republican members went into self-quarantine as a result, not a single Democratic lawmaker was informed, including Democratic leadership,” Rep. Jason Dawkins (D-179) said.

Dawkins said he was outraged by the “reckless leadership” of House Republicans.

“The withholding of this information is a blatant disregard of human life and the seriousness of the COVID-19 pandemic that has killed thousands of Pennsylvanians and hundreds of thousands across the globe,” Dawkins wrote.

Democratic Rep. Malcolm Kenyatta also weighed in on the controversy in an interview with NBC10.

Kenyatta also accused his Republican colleagues of “glaring” hypocrisy for spending weeks insisting that Gov. Tom Wolf lift his COVID-19 mitigation restrictions, all the while having “no plan” for people’s safe return to work and putting their own legislative colleagues in danger at their workplace.

Rep. Malcolm Kenyatta, D-Philadelphia, wants answers and accountability after it was learned that a fellow Pennsylvania lawmaker tested positive for COVID-19. But, state Democrats said they weren't made aware of the result.

Rep. Sims called for Republican Speaker of the House Mike Turzai to step down and for there to be an investigation.

"I want a full-blown investigation by the Attorney General," Sims said. "Every single member of Republican leadership that knew that this was happening. I want an investigation of what kind of contact tracing they did."

“As I await the results, I am also waiting for answers and accountability,” Rep. Kenyatta said. “Speaker Turzai has failed in his responsibility to keep members of the House safe. He should step down immediately.”