A Palmdale brewery is challenging Los Angeles County's recently enacted health order that requires customers to make reservations one day in advance before visiting a brewery or winery without an in-house kitchen. 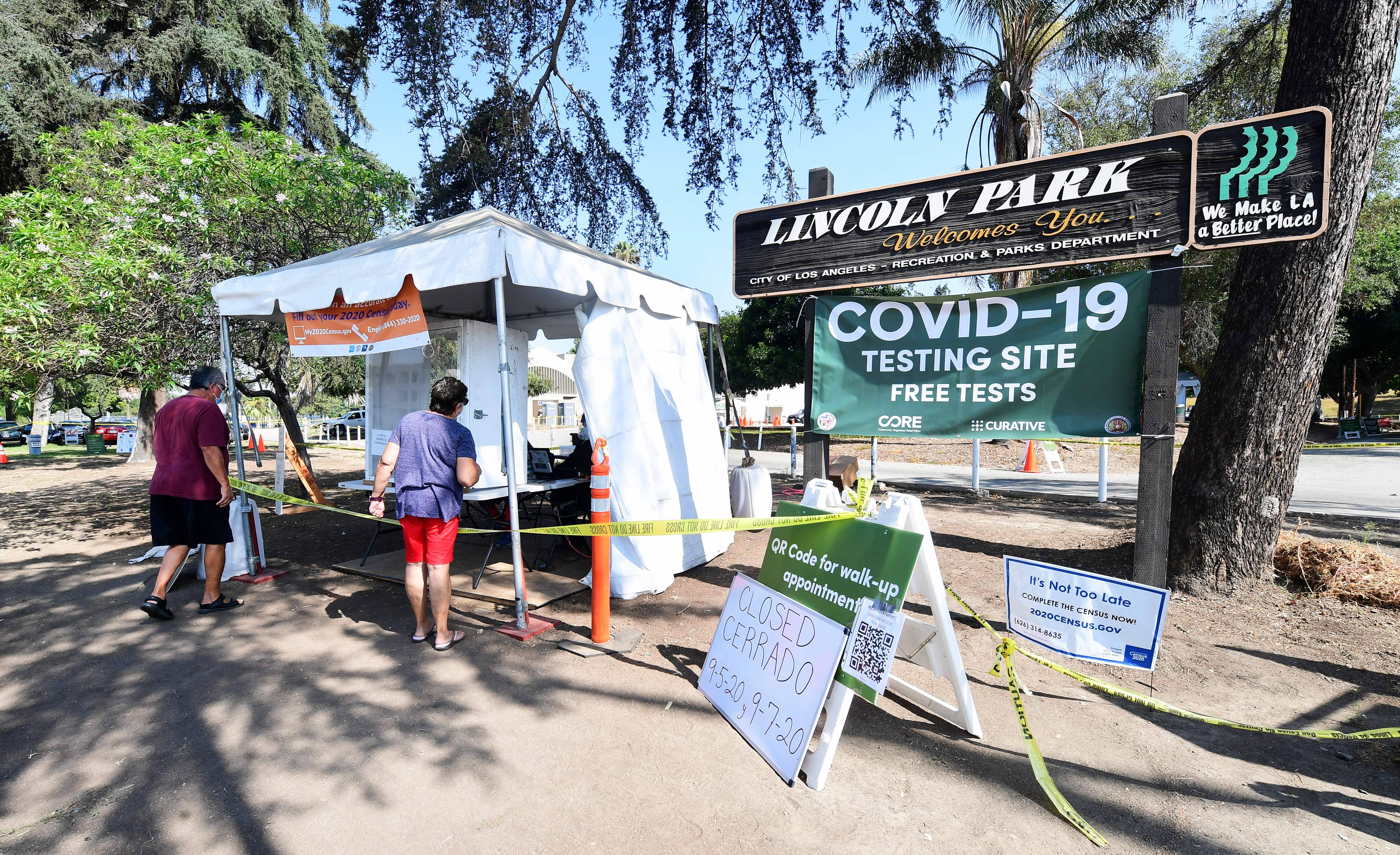 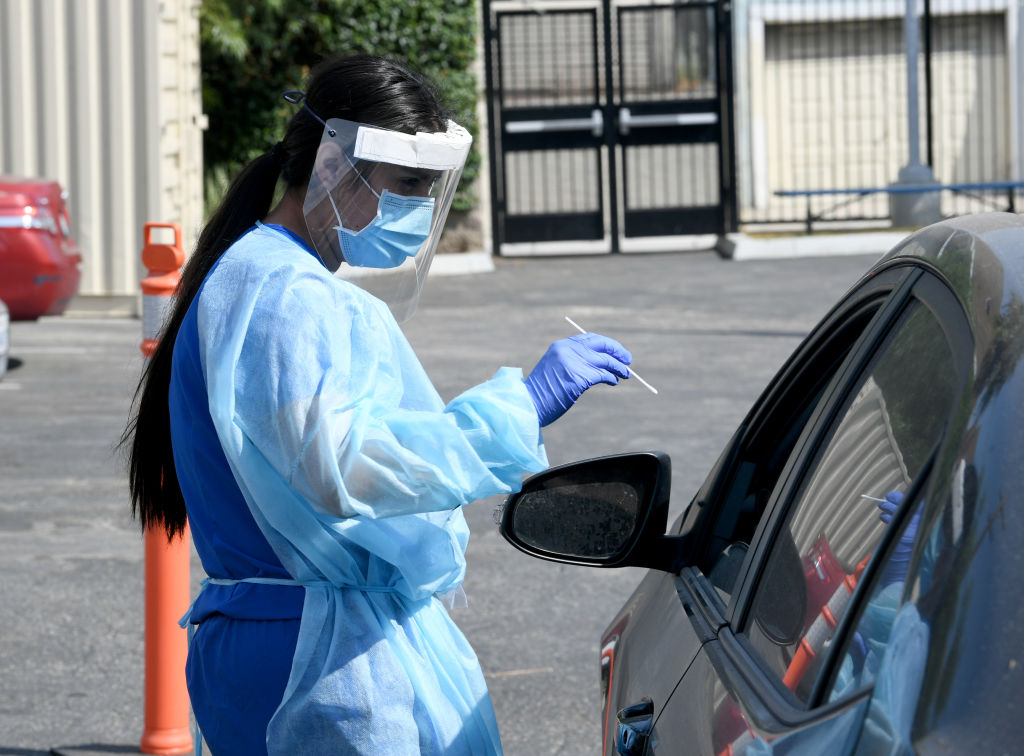 Breweries, Wineries Cleared To Open, If They Partner With Food Provider 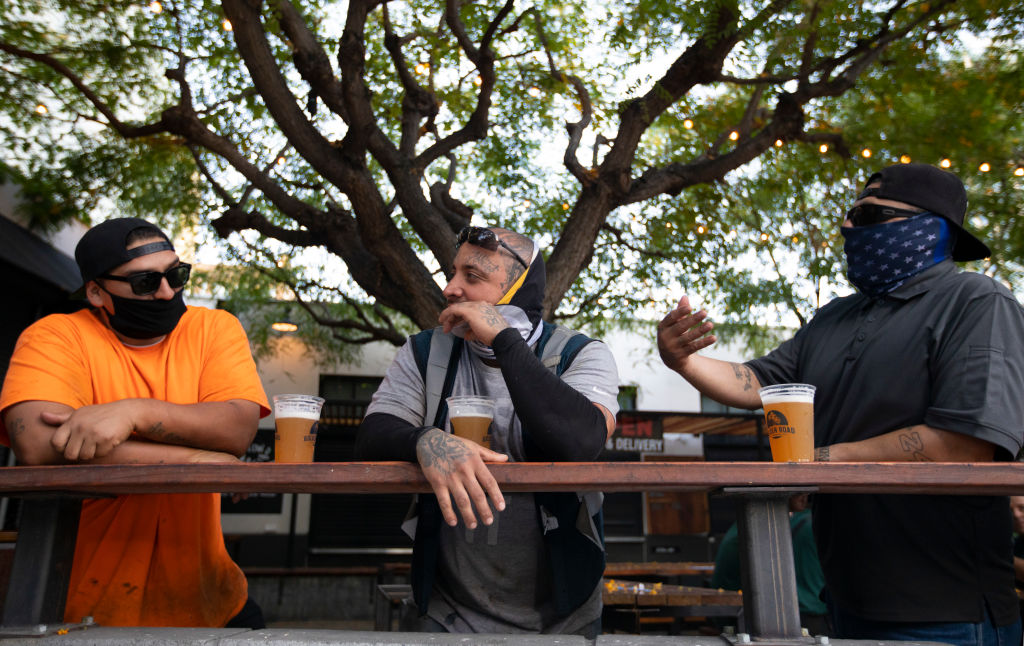 Breweries, Wineries Cleared To Open in LA County, If They Partner With Food Provider

The county's coronavirus health order was modified Tuesday -- at the direction of a divided county Board of Supervisors -- allowing breweries and wineries that do not have kitchens to resume outdoor food and beverage service in partnership with a third-party food vendor. The order requires all alcohol purchases to include a food purchase.

The board motion by Supervisor Janice Hahn also included a requirement for customers to make reservations in advance, but it did not specify how long in advance.

The health order issued Tuesday requires customers to make "a prior reservation for a table at least one day in advance'' to be seated at a brewery or winery.

Two men are working to add diversity to the brewing industry. As seen on Today in LA on Sept. 25, 2020.

According to the health order, the advance-reservation mandate was included "in order to ensure there is no gathering and sufficient area for physical distancing of 6 feet or more.'' All customers must be seated at a table to be served.

County officials did not respond to a request for comment on the lawsuit. County Health Officer Dr. Muntu Davis, speaking to reporters in an online media briefing, wouldn't directly address the issue of advance reservations, but said state alcohol regulators set guidelines for what businesses qualify as restaurants, which leads to breweries without kitchens being treated differently.

With a fridge full of unsold beer, the owner of a popular brewery is prepared to serve the county over reopening rules. Gordon Tokumatsu reports for the NBC4 News on Thursday, Sept. 24, 2020.

"The distinction between food prepared in an onsite kitchen versus that prepared by a third-party vendor is arbitrary, has no scientific basis and is not necessary to address the risks of viral transmission,'' according to the lawsuit by Transplants Brewing. "Purchasing food at (a) brewery that is prepared by a third-party vendor creates no greater risk of 'gathering,' lack of 'physical distancing' or viral transmission than purchasing food at (a) brewery prepared at an onsite kitchen. Indeed, breweries and wineries in every other county in California have been operating without such restrictions, and there is no statewide evidence of increased viral transmission at breweries and wineries which serve vendor prepared food.''

The lawsuit makes various legal allegations, including equal-protection and due-process violations. The suit seeks unspecified damages, along with an order barring the county from enforcing the restrictions.

Fresh air, craft beer, and a mouthwatering Bel Campo beef burger all to be enjoyed adjacent to a waterfall… sounds like the perfect restaurant experience to us. Unwind at Stone Brewery Liberty Station with a relaxing atmosphere and space for safe social distancing.

The reopening of breweries and wineries without in-house food service has been contentious. Breweries without kitchens engaged in an extensive lobbying effort, claiming they were being treated unfairly in comparison to similar businesses that prepare their own food. Many contended they would be forced out of business.

County health officials were reticent to allow the breweries to reopen, citing the primarily alcohol-related nature of the businesses and the likelihood of brewery customers to gather and inter-mingle, potentially spreading COVID-19.

Despite those concerns, Hahn -- whose South Bay district has a large concentration of breweries -- introduced a motion last week calling for them to reopen, and the board passed the proposal on a 3-2 vote. The resulting revision
in the county's health order hints that health officials were not fully on board with the reopening, stating, "This order is directed solely by the Board of Supervisors.''

In his Thursday online media briefing, Davis dodged a question about whether the Board of Supervisors may have erred in allowing the breweries to reopen. But he said business reopenings in general lead to more virus transmission.

"We'll see what happens in that,'' Davis said when asked about breweries. "... As with every reopening, we tend to see some increases in cases. Don't know what that magnitude might be, and so we'll find out as this moves forward. I would also caution to say we have a number of other reopenings, so any increase that we see, we'll have to see if we can actually differentiate what activity the person may have been involved in to see if it's associated with that or not.''