A Day After Reopening, ‘Aladdin' on Broadway Halted by COVID Cases

Just before curtains were set to go up on Wednesday, the popular Disney musical tweeted that the performance was canceled

After a successful reopening just one day ago, the hit Broadway show "Aladdin" announced a sudden cancellation due to COVID-19 cases reported within the musical's company — proving once again that the pandemic has left everyone living in "A Whole New World."

Just before curtains were set to go up on Wednesday, the popular Disney musical tweeted that "through our rigorous testing protocols, breakthrough COVID-19 cases have been detected within the company of Aladdin at The New Amsterdam Theatre. Because the wellness and safety of our guests, cast, and crew are our top priority, tonight’s performance, Wednesday, September 29th, is canceled."

The show offered refunds for those who purchased tickets, and said they will "communicate the status of future performances tomorrow."

It was a worrying sign for Broadway's recovery. It was the first Broadway COVID-19 cancellation since shows resumed with Bruce Springsteen's concert returning in July and “Pass Over” as the first play to debut in August. 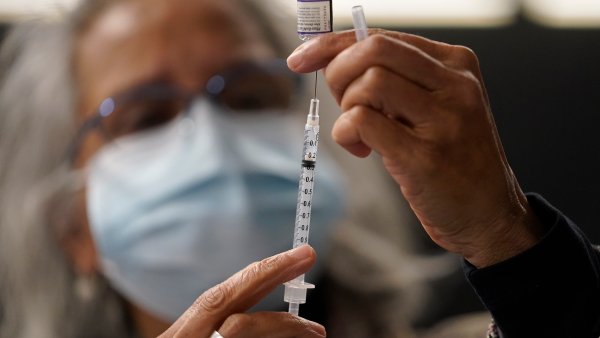 Performers like Michael James Scott, who plays the iconic “Genie” on stage, had to hoped to stay “One Jump Ahead” of the virus. He previously spoke with the Today in New York team about the significance of returning, after a year and a half away.

"It is so meaningful, we’re so excited to be back. It signifies not only the return of Broadway, the epicenter of the entertainment capitol of New York City," Scott said.

But not even "A Friend Like Me Him" could have predicted how quickly it could all change, with this latest blow to the city’s efforts to reopen and the lights on Broadway dimmed, at least for now.

The pandemic forced Broadway theaters to abruptly close on March 12, 2020, knocking out all shows and scrambling the spring season. Several have restarted, including the so-called big three of “Wicked,” “Hamilton” and “The Lion King.”