More Than 80 Evacuated From Nursing Center During Virus Outbreak

More than 80 patients at a Riverside skilled nursing center will be evacuated Wednesday after employees did not show up for work during an outbreak of coronavirus infections.

Eighty-four patients from Magnolia Rehabilitation and Nursing Center were being moved to other care centers in Riverside County. There were 34 confirmed cases of the novel coronavirus among residents and five among employees at the 90-bed center.

One patient was reported to have died later at the hospital, but authorities said it was not related to coronavirus nor the evacuation.

Deadline For Free Fire Cleanup Less Than One Week Away 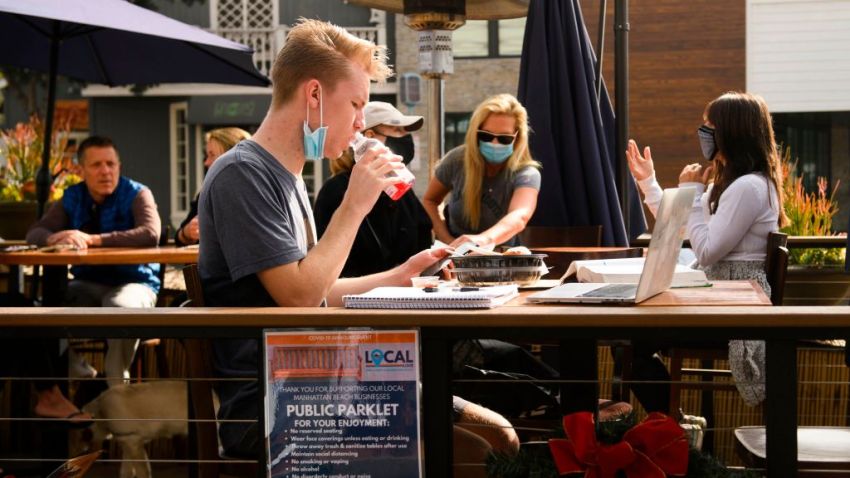 One nurse reported for work Wednesday morning, according to a statement from Riverside County. Residents are being sent to other facilities or, if they are well enough, they may be sent home, said Brooke Federico, a spokeswoman for the county's public health agency.

Residents at a Riverside nursing center will be moved to other facilities. Tony Shin reports for the NBC4 News at 11 a.m. on Wednesday April 8, 2020.

The county doesn't know why the employees didn't report for work, she said. No one at the facility could be immediately reached for comment.

"We knew something was going on," said Tammy Sherill, whose stepdad was at the center. "He couldn't get ahold of anybody. He said they didn't bring him lunch yesterday, dinner. He just wanted some juice or some ice cream."

Thirty-three licensed vocational nurses were sent by the Riverside University Health System and Kaiser Permanente after employees did not show up for work, according to a statement from the county.

County officials are now investigating the situation to see if it constitutes as abandonment of patients, and further action by the county against the workers. The NBC4 I-Team discovered the center was cited three yeas ago for low staffing, one of 29 health citations.

"Some people are not showing up because themselves are positive they're either showing symptoms or they're scared for their safety," an anonymous employee said by phone.

"It wasn't spread from patient-to-patient because the patients were isolated. It was spread because employees may have had contact may have already been positive for this for the COVID-19, and then they worked," the employee said.

The employee said she stopped coming to work last week because she had COVID-19 symptoms, and said yesterday she tested positive for the virus.

The centers caring for the relocated individuals were be closed to new patients, isolate sick patients and undergo other COVID-19 containment measures, the county’s statement said.

After two days of staff not showing up at a nursing facility in Riverside County, dozens of people are evacuated. Lolita Lopez reported on NBC4 News at 5 p.m. on Wednesday, April 8, 2020.

At least 30 patients at nearby Extended Care Hospital of Riverside have tested positive for the novel coronavirus, Riverside County health officials said Sunday. Officials said they were testing other patients and employees who have been exposed to COVID-19.

“We will be seeing more and more of these outbreaks in the community,” said Riverside County Public Health Official Dr. Cameron Kaiser in a statement over the weekend. “This is a vulnerable population and we’ll take all the steps necessary to protect them. But these steps can only work effectively if people stay home, stay apart, and cover up their faces in public to reduce overall transmission.”

Riverside County had more than 1,000 confirmed cases of the new coronavirus, as of Wednesday morning. Thirty-two deaths have been reported.

Outbreaks at nursing homes and elder residences have alarmed experts. The situation is challenging for health officials due to the age and condition of the residents and their close proximity to each other.

For most people, the coronavirus causes mild or moderate symptoms, such as fever and cough, that clear up in two to three weeks. For some, especially older adults and people with existing health problems, it can cause more severe illness, including pneumonia and death.

At a facility in the San Francisco Bay Area, nearly 50 people have been infected and one person has died. An outbreak at a skilled nursing facility in San Bernardino County infected more than 50 people, killing at least five.