Hospitalizations and intensive care unit admissions remained on a slight downward trend, but officials have warned that could reverse when the full impact from transmissions during Christmas and New Year's Eve gatherings is felt.

California has surpassed the 3 million mark of coronavirus cases, according to NBC News. The state confirmed 3,007,420 cases and 33,595 deaths Sunday night.

The state reported 432 deaths on Sunday, a day after recording the second-highest daily count of 669, according to the Department of Public Health.

Hospitalizations and intensive care unit admissions remained on a slight downward trend, but officials have warned that could reverse when the full impact from transmissions during Christmas and New Year's Eve gatherings is felt.

“As case numbers continue to rise in California, the total number of individuals who will have serious outcomes will also increase,” the health department said in a statement Sunday.

Lawmakers and public health officials have said the surge won't be flattened without mass vaccinations, but California has trailed the rest of the country when it comes to inoculating its residents. So far the state has vaccinated just 2,468 people per 100,000, a rate that falls well below the national average of about 3,300, according to federal data cited Saturday by the Sacramento Bee. 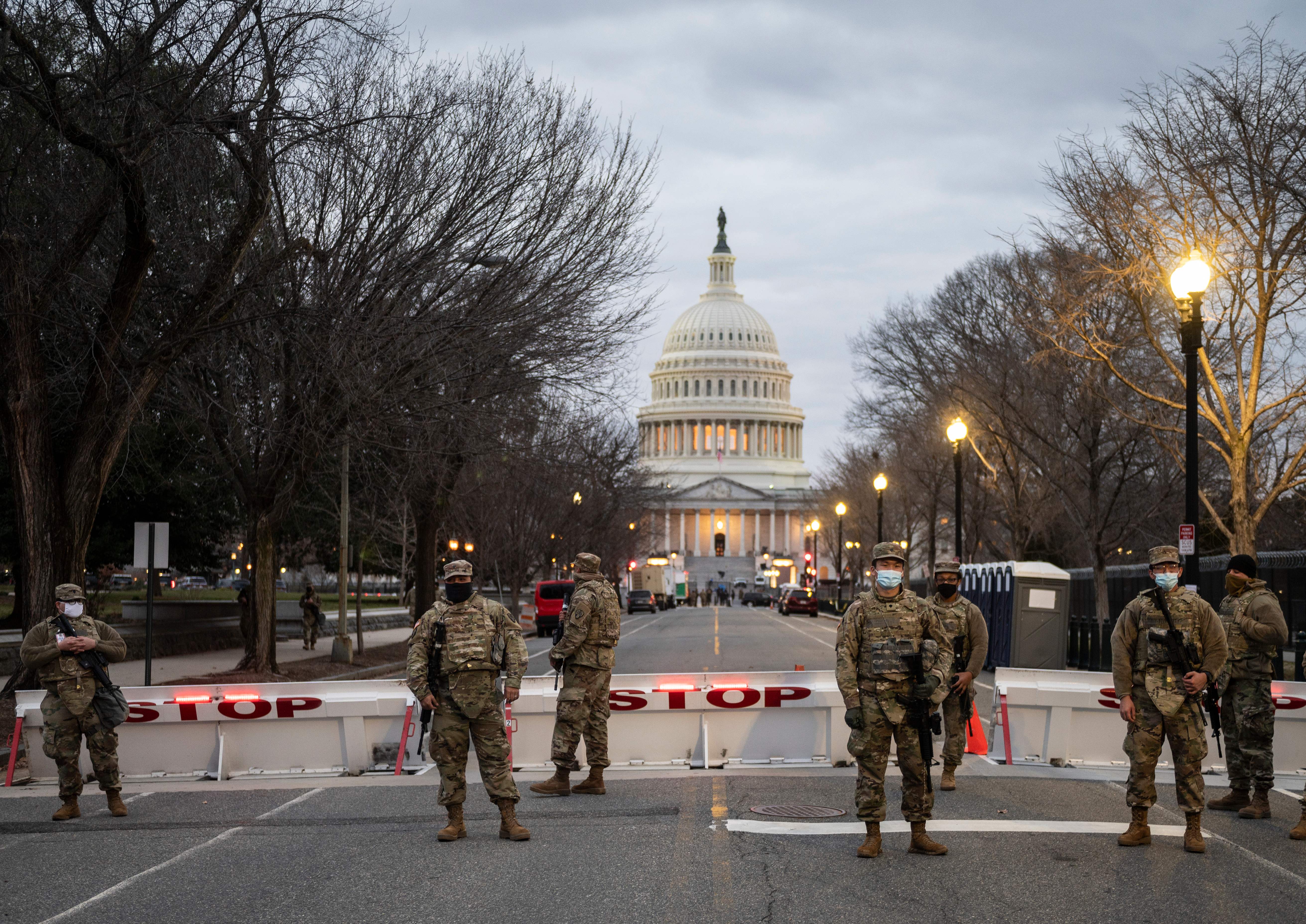 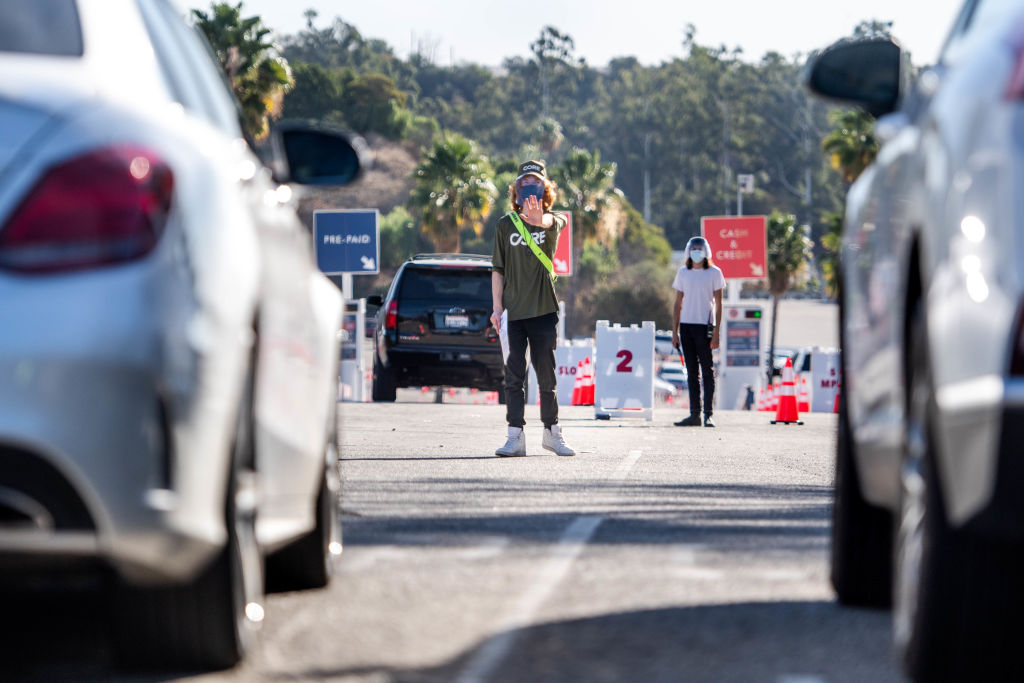 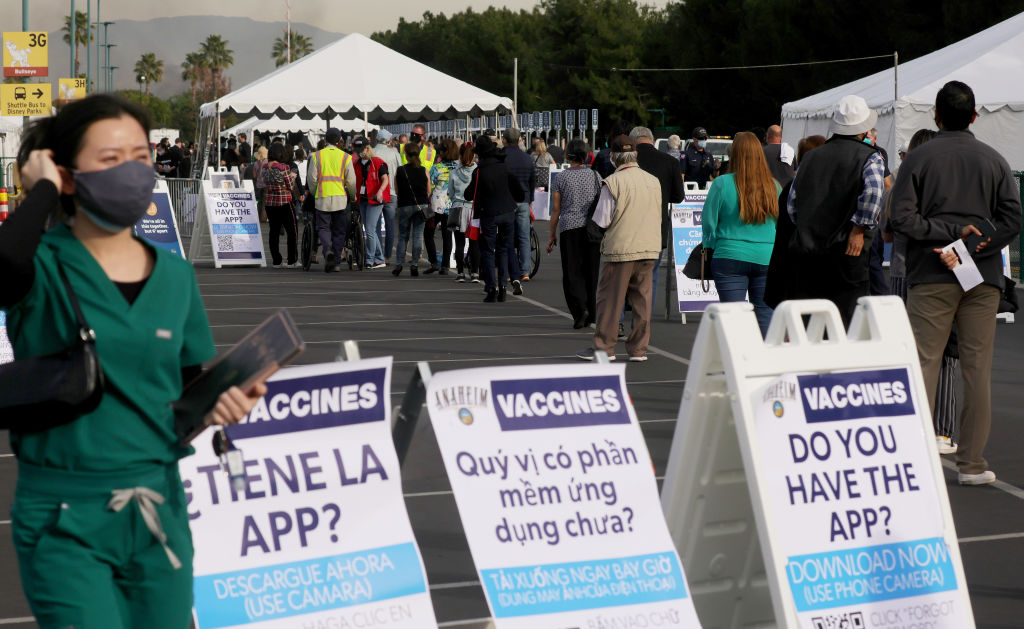 Gov. Gavin Newsom said that he and other governors were told last week that a reserve supply of 50 million doses would be distributed, but no timetable was given.

After California adjusted its vaccination plan to include everyone over 65, some public health experts voiced concerns there won’t be enough shots available for the all-important second doses — which must be administered within three to four weeks of the first dose, depending on the brand.

“Righting the ship by pushing out everything we’ve got is an unforced error,” Andrew Noymer, an infectious disease and public health expert at University of California, Irvine told the Bee. “The second dose won’t arrive on time.”

Sacramento County warned last week that most residents 65 and older — a group that numbers more than 200,000 — won’t be getting shots right away because they just don't have the supply, the newspaper reported.

“We request patience as we work to navigate the rapidly changing landscape of vaccination best practices and availability,” county Public Health Officer Dr. Olivia Kasirye said in a statement.

Adding to concerns, Los Angeles County announced Saturday that it had detected its first case of a more transmissible variant of COVID-19. It was identified in a man who recently spent time in the nation's most populous county. The patient has traveled to Oregon, where he is isolating.

Vaccines in LA County are expected to ramp up in the coming days and weeks. Christine Kim reported on NBC4 News on Sunday, Jan. 17, 2021.

Although his is the first confirmed case of the variant, health officials believe it is already spreading in a county that surpassed 1 million coronavirus cases this weekend. While the new strain, first detected in the United Kingdom, does not appear to make people sicker, it spreads more easily, which could result in more infections, and with them, additional hospitalizations in a region hit hard by the surge.

“The presence of the U.K. variant in Los Angeles County is troubling, as our healthcare system is already severely strained with more than 7,500 people currently hospitalized,” said Barbara Ferrer, director of LA County’s Department of Public Health.