A weekend closure allowed for restructuring of traffic flow after nearby residents expressed concerns.

The test site north of downtown Los Angeles was closed so traffic flow could be reconfigured. About 1 million coronavirus tests have been administered since May at Dodger Stadium.

Nearby residents have expressed concerns about traffic, leading to the weekend closure. The site was shut down Saturday and testing was expanded to another part of the sprawling parking lot.

All appointments were booked through Wednesday.

Use the tool below to find a coronavirus testing site near you.

“The Dodgers are committed to doing our part in the battle against COVID-19 by ensuring that testing continues to be available to all Angelenos, especially with the ongoing surge in cases and increase in demand for testing in Los Angeles,'' Los Angeles Dodgers President and CEO Stan Kasten said. “Surpassing one million tests at Dodger Stadium is a sobering reminder of just how many families have been affected by this terrible pandemic, and we thank the city and all our partners on the frontlines that continue to provide lifesaving services to our community.''

The Dodgers made the additional parking lot available and traffic cones were used to make four lanes for drivers. About 600 vehicles will be re-routed from nearby streets, the city says.

The testing site is open Monday through Saturday from 8 a.m. to 8 p.m.

California is reporting frightening numbers of new cases, including more than 15,700 in Los Angeles County on Saturday. 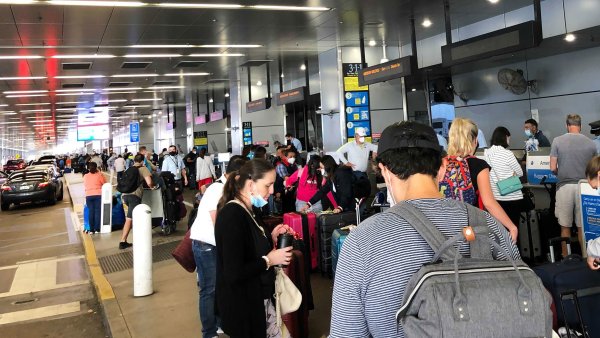 “This is the fastest acceleration of new cases than at any other time during the pandemic,” the LA County Department of Public Health said in a statement.

The state Department of Public Health on Sunday reported another 181 deaths and more than than 45,350 new confirmed COVID-19 cases across California, bringing the case total to nearly 2.4 million.

More than 26,530 people have died from the virus in California, making it the third state to exceed 25,000 COVID-19 deaths since the start of the pandemic, behind New York with nearly 38,000 deaths and Texas with more than 27,000, according to a tally by Johns Hopkins University.