According to state numbers released Tuesday, there were 891 people hospitalized due to COVID in Los Angeles County.

The latest state figures show nearly 900 people being treated for the virus -- more than double the number from just two weeks ago.

There were 195 people in intensive care, up from 182 reported on Monday, according to the state. Mississippi and Louisiana Have Some of the Worst Vaccine Rates and Highest Covid Hospitalizations in U.S. 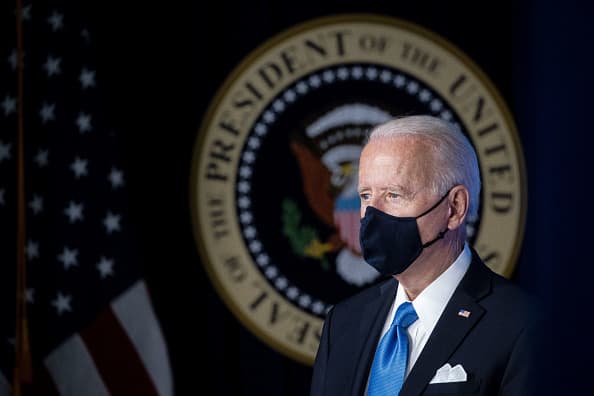 Biden Will Wear Mask Indoors Where New CDC Guidance Applies, Calls on All Americans to Do the Same

The numbers, while increasing, are still well below the more than 8,000 people hospitalized during the winter surge.

The county reported another 1,966 COVID cases on Monday, a day on which numbers are traditionally lower due to reporting lags from the weekend. The new cases lifted the cumulative county total from throughout the pandemic to 1,285,771.

Another four deaths due to COVID were also reported, raising the county's death toll to 24,631.

Health officials have repeatedly blamed the recent surge in cases on the highly infectious Delta variant of the coronavirus. The variant was first discovered in India and is blamed for rampant infections in that country, along with outbreaks in the United Kingdom. It is now spreading across the United States, contributing to rising case numbers and hospitalizations.

The average daily rate of people testing positive for COVID-19 in the county was 5.2% as of Monday, up from 4.8% reported on Sunday.

Los Angeles County recently mandated indoor masking for everyone, regardless of vaccination status. The U.S. Centers for Disease Control and Prevention has previously resisted such a mandate, but the agency on Tuesday reversed course and recommend mask-wearing by everyone in indoor settings in parts of the country experiencing infection surges.