The county's public health director acknowledged residents might have a sense of mask whiplash due to the patchwork of rules in Southern California after LA County reinstated part of its mask mandate, reversing course from earlier this week.

Everything old is new again when it comes to mask wearing on public transit in Los Angeles County.

Initially, local transit agencies went along with that Florida judge's ruling, allowing the federal rule enforcing masks on planes, trains, buses and other ways of getting around to lapse. Masks became optional. Airlines to Bring Back Some Passengers Banned Over Mask Violations 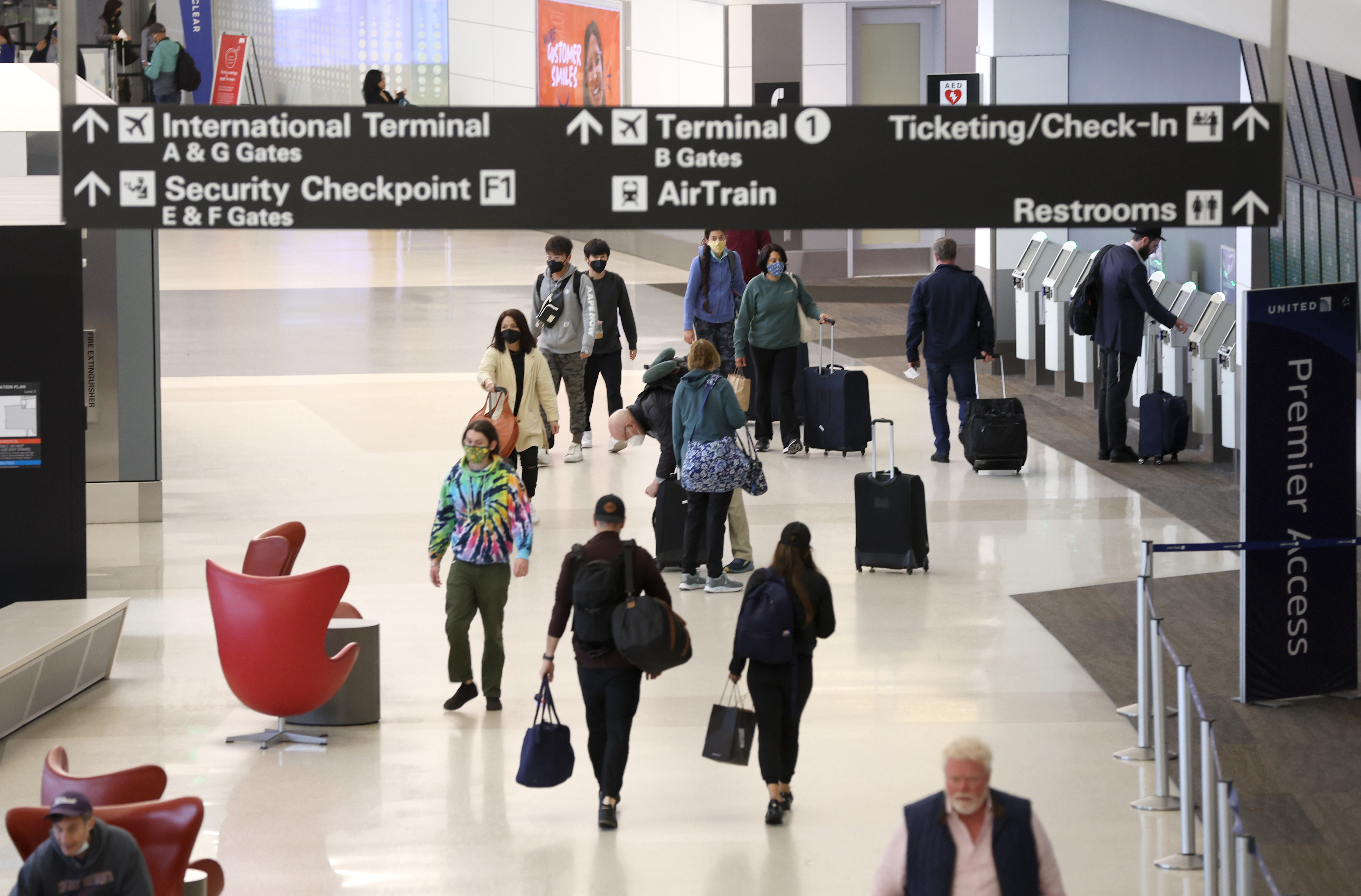 But that changed with Thursday's announcement from the county health department. LA County's own public health director apologized in making the announcement, saying the change will likely create confusion among residents feeling a sense of mask "whiplash" due to the back-and-forth.

The order goes beyond the state's guidance, which recommends, but does not require, masks on public transit

So, here's what to know if you're on a bus or train -- or inside an airport -- in Los Angeles County.

When does the reinstated LA County mask mandate begin?

Where do I have to wear a mask in LA County?

Masks are again required inside airports and on all public transit within Los Angeles County. That includes buses, trains, taxis and ride-sharing service vehicles.

Metro and Metrolink issued statements saying they would abide by order and again require masks aboard trains and buses starting Friday. That includes transit buildings and train platforms.

Do I have to wear a mask at airports in LA County?

The order again requires masks at all indoor public transportation hubs. That includes airports. Long Beach Airport is in the jurisdiction of Long Beach, which has its own health department, as does Pasadena.

At LAX, early Friday, employees stationed at entry to TSA checkpoints had boxes of masks to give to passengers who do not have one.

“Per the order issued by the County of Los Angeles, masks continue to be required for all those in the terminals at LAX and on our buses and shuttles," a LAX spokesperson said.

The rule does not apply to people aboard airplanes, which are not part of the county's jurisdiction.

How will LA County's mask mandate be enforced at airports?

That's not clear. The Transportation Security Administration announced this week that it will no longer enforce mask-wearing rules at airports in response to the federal judge's ruling.

Why is Los Angeles Count resuming the mask mandate?

The county Public Health Director Barbara Ferrer says the decision is based on the U.S. Centers for Disease Control and Prevention's opinion that mask-wearing on transit remains an essential step to prevent the spread of COVID-19.

Here's what Ferrer said Thursday in announcing the resumption of the rules.

"They are experts," Ferrer told reporters during an online briefing. "They made a determination that at this point having that requirement in place is necessary for the public's health, and that resonates with us."

Ferrer added that public transportation can often be crowded, which places people in close quarters with little ventilation -- conditions conducive to the spread of a virus.

She also said the Florida court ruling Monday that led to the masks-off approach on public transit was made by "a federal judge with little experience in public health."

How long will the mask mandate last?

The county's health order will be reassessed when COVID-19 reaches the moderate level; or the CDC determines that masking on public transit is no longer necessary; or within 30 days of the order -- whichever happens first.

What are the latest COVID statistics in LA County?

Ferrer said the county is still seeing a lot of transmission of COVID-19. The BA.2 subvariant of the virus now represents 84% of all local cases that undergo special testing to identify variants. While BA.2 is blamed for rising case numbers, those cases still have not led to a spike in hospitalizations due to the virus.

Hospitalizations have actually continued a downward trend, but county health officials say ut Ferrer that doesn't diminish the risk of new and potentially more dangerous variants of the virus developing the more it circulates.

The county on Thursday reported another 2,123 infections, raising the pandemic total to 2,857,772. Ferrer said the county's seven-day average daily number of new cases is now 1,261, up from 1,017 the previous week. The average daily rate of people testing positive for the virus was 1.8%.

Another 13 COVID-related deaths were reported Thursday, raising the overall death toll to 31,913.

According to state figures, there were 224 COVID-positive patients in county hospitals as of Thursday, down from 230 on Wednesday. Of those patients, 22 were being treated in intensive care, down from 28 a day earlier.