Gov. Gavin Newsom confirmed Wednesday that Los Angeles County will be cleared to escape the most restrictive tier of the state's economic-reopening blueprint by Friday, when a goal will be met of administering 2 million COVID-19 vaccines in low-income, hard-hit communities across California.

Under a plan announced last week, once the state hits the 2 million-dose milestone, the state's "Blueprint for a Safer Economy'' that governs business reopenings will be adjusted, making it easier for counties to advance through the four-tier matrix.

As of Wednesday, the state had administered 1,926,968 doses in hard-hit communities, and Newsom said the 2 million mark will be reached by Friday.

Under the new guidelines, Los Angeles and Orange counties would both immediately qualify to move to the less-restrictive "red'' tier, since they have both been under the 10 per 100,000 standard for two weeks. Los Angeles County's new case rate is currently 5.2 per 100,000 residents, while Orange County's is 6 per 100,000.

"Southern California, you will be a beneficiary of this,'' Newsom said during a visit to a mobile vaccination clinic in South Gate. 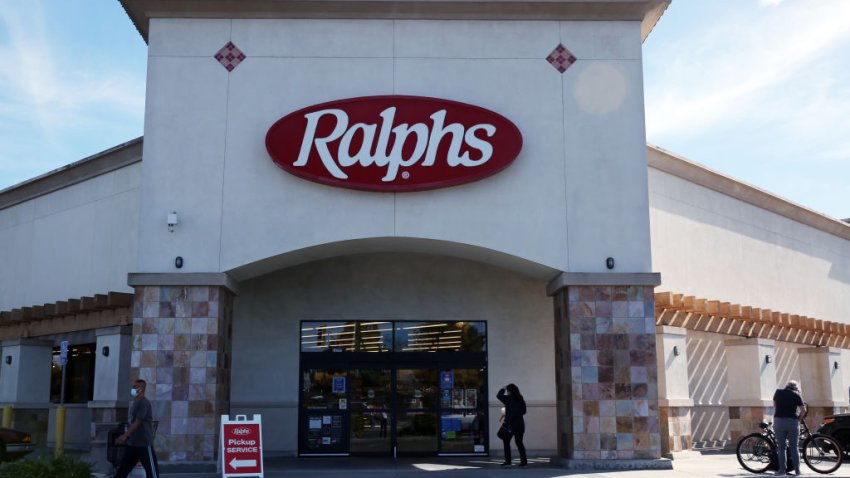 Food4Less, Two Los Angeles Ralphs Stores to Close in May 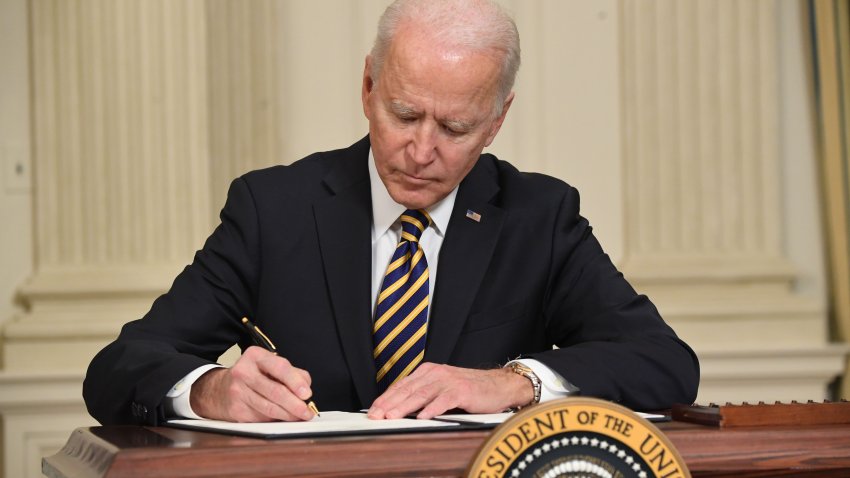 Here's When the IRS Will Start Sending Out $1,400 Stimulus Checks 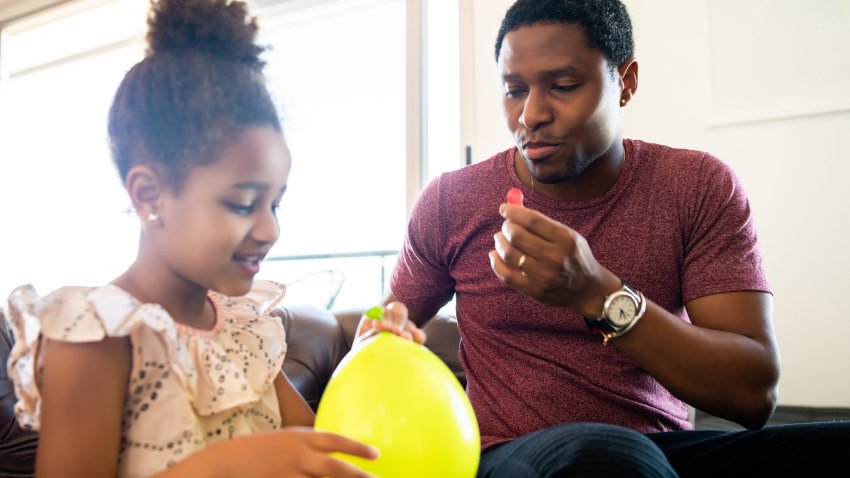 Here's Who Qualifies for the New $3,000 Child Tax Credit

"Specifically, L.A. will be a big beneficiary of this new metric that likely will be met on Friday. And moving through the weekend and into next week, you will see more activity, more loosening of the tiers. That's encouraging and I hope people will be enthusiastic about what this means moving forward, because we have a series of other thresholds and other goals that will allow us to move forward with more clarity, more conviction and more confidence as we move through the next few weeks and the next few months.''

Los Angeles County Public Health Director Barbara Ferrer said earlier this week that it will take 48 hours after the state announces the vaccination threshold is met for the county to officially move into the "red'' tier. If the goal is met by Friday, as Newsom announced, the county would advance by Sunday.

Newsom said his efforts are focused on defeating the virus and making sure everyone has a chance at the vaccine. Jonathan Gonzalez reports March 10, 2021.

The idea behind the 2 million-dose threshold is to ensure that vaccines are being distributed equitably throughout the state, ensuring that low-income communities that have been disproportionately impacted by the COVID-19 pandemic are not overlooked in the vaccination effort. Newsom has ordered that 40% of the state's vaccine supply be earmarked to ensure equity in the distribution process.

Once Los Angeles County advances to the ``red'' tier, it will be up to county officials to decide whether to fully align with the state's business-reopening guidelines, or to maintain stricter regulations. Ferrer has hinted this week that the county may consider some tougher restrictions. She repeatedly referred this week to a recent federal study finding that in-person dining creates a greater risk of COVID-19 spread, an indication the county may not immediately reauthorize indoor dining to resume.

The state's "red'' tier guidelines allow indoor dining at 25% of capacity, but counties are permitted to impose stricter regulations. The tier also allows indoor fitness centers at 10% of capacity and movie theaters, museums and aquariums at 25%. It also allows theme parks such as Disneyland in Orange County and Universal Studios Hollywood in Los Angeles County to reopen at 15% of capacity, with in-state visitors only.

On Tuesday, however, two members of the county Board of Supervisors said they support fully aligning with state guidelines.

"I feel pretty strongly that I think we should align ourselves with the state's red tier reopening guidelines,'' Supervisor Janice Hahn said. ``... I think to be different than that right now would cause confusion and probably a lot of anger, because there are so many venues out there, entities, that have really suffered and are waiting to get a few more of these restrictions lifted.

"... But I really hope that we can stay in alignment so that there is not confusion from one county to the other.''

"I believe that clarity and consistency leads to the highest rates of compliance,'' Barger said, adding that she wanted to avoid local residents traveling to other counties with lesser restrictions.

Barger also urged Ferrer to get guidance out quickly so businesses can plan ahead to prepare for changing rules.

Ferrer warned the board that while case numbers and the testing-positivity rate have declined precipitously in recent weeks, things could easily worsen if residents become lax about infection-control measures.

"This is the month I would say -- the month of March, the early part of April -- where we have to be extraordinarily cautious,'' she said. ``Because we've been here before. We've been here with reopenings. We've been here with travel around Thanksgiving and Christmas. We've seen what happens around holidays if we're not really careful. ... We've got to keep everybody alive right now so they can get vaccinated and stay alive. So this would be a time for extreme caution.''

She pointed specifically to the spread of variants of virus that causes COVID-19, which can spread more easily from person to person. Ferrer said the variant first identified in the United Kingdom has been increasing its reach in Los Angeles County, and is now believed to be responsible for 10% of all COVID cases in the county.

"Increasingly there's also been concern of a worldwide fourth wave of COVID-19 as cases started to rise in the last week of February, following six weeks of decline, particularly in Europe,'' she said.

Ferrer also noted that while the county received its largest allocation to date of COVID-19 vaccine this week, at more than 300,000 doses, that number is expected to drop off because the county will not be receiving any doses of the new single-dose Johnson & Johnson vaccine for the next two weeks, due to a "manufacturing and production issue.''

"Essentially, Johnson & Johnson gave out everything they had right away and now we're going to be waiting a little bit until they have more to distribute,'' she said.

The drop in vaccine supply will coincide with next Monday's expansion of vaccine eligibility to people aged 16 and older with an underlying health condition that puts them at risk of severe illness or death from COVID-19.

"If we're adding 1 to 2 million people (who are eligible for shots) and we're not adding a lot of doses, March is still going to be ... a tight month,'' she said.

She urged people to be patient in trying to make vaccination appointments, and she urged people with underlying health conditions to contact their doctor to see if they can arrange shots through their health provider.

On Tuesday, the county reported another 70 COVID-19 deaths, while Long Beach health officials announced another five fatalities, lifting the countywide death toll from throughout the pandemic to 22,104.

Another 1,337 cases were announced by the county, while Long Beach reported 46 and Pasadena added five, raising the cumulative pandemic total to 1,205,327.

According to state figures, there were 1,079 people hospitalized in the county due to COVID as of Monday, with 320 people in intensive care.

As of Friday, 2,415,460 doses of COVID vaccine have been administered in the county. That includes 814,593 second doses, representing the number of people who have been fully vaccinated.