Supervisor Lisa Bartlett said Thursday, "...We are on an extremely good trajectory at this point. Our numbers are looking good...We may be one of the first counties to go from purple to red tier."

Orange County reported 281 new cases of COVID-19 and 12 additional deaths Saturday, bringing the county's totals to 246,264 cases and 3,904 fatalities since the pandemic began.

Hospitalizations due to the coronavirus continued to decline, dropping from 453 on Friday to 444, with the number of COVID-19 patients in intensive care units dropping from 137 to 128.

The death reports may be low for the next few days due to technical issues with the state reporting database, according to the Orange County Health Care Agency.

The county has 31.5% of its ICU beds available and 61% of its ventilators. 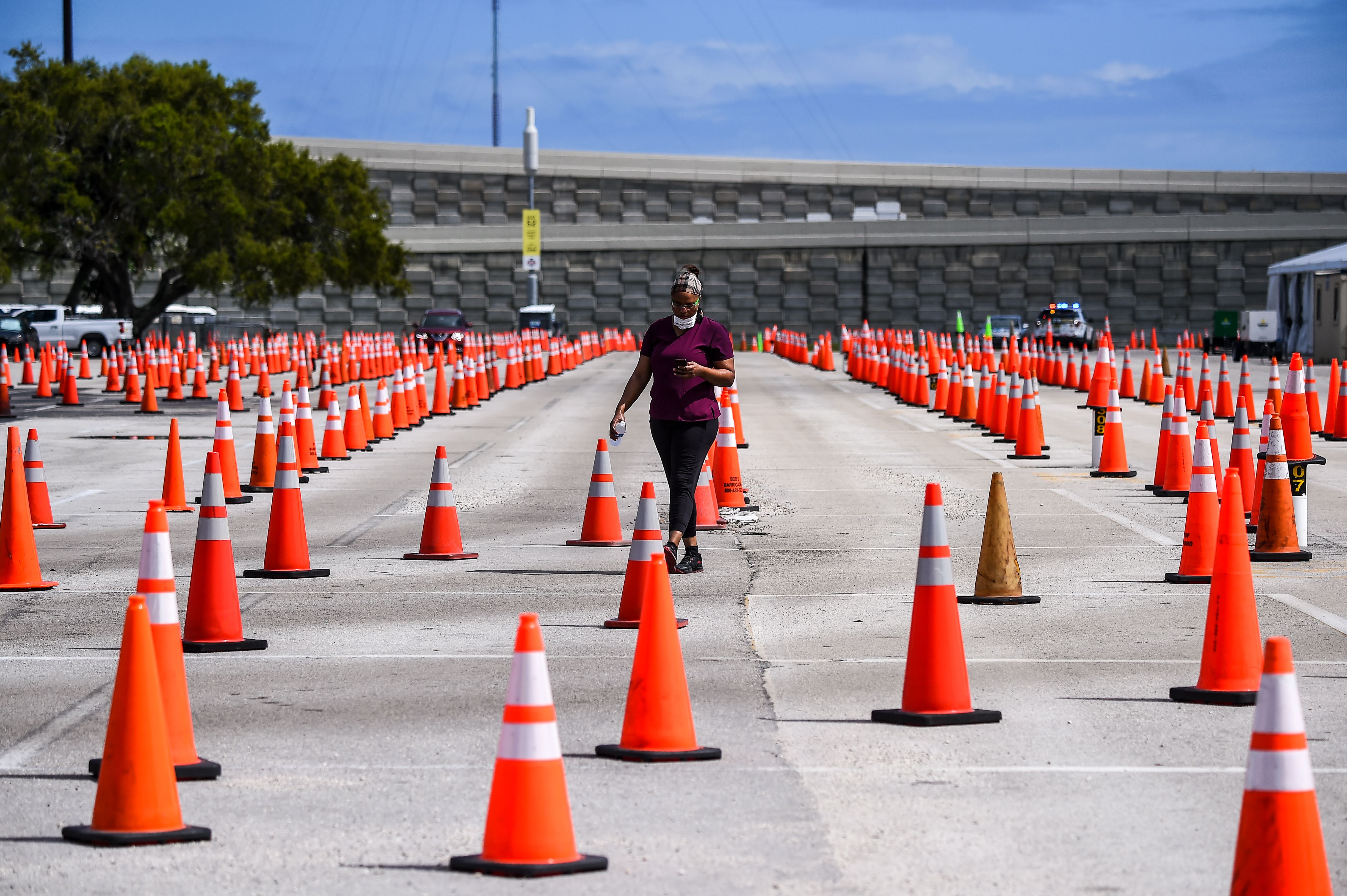 Plunging Demand for COVID-19 Tests May Leave US Exposed 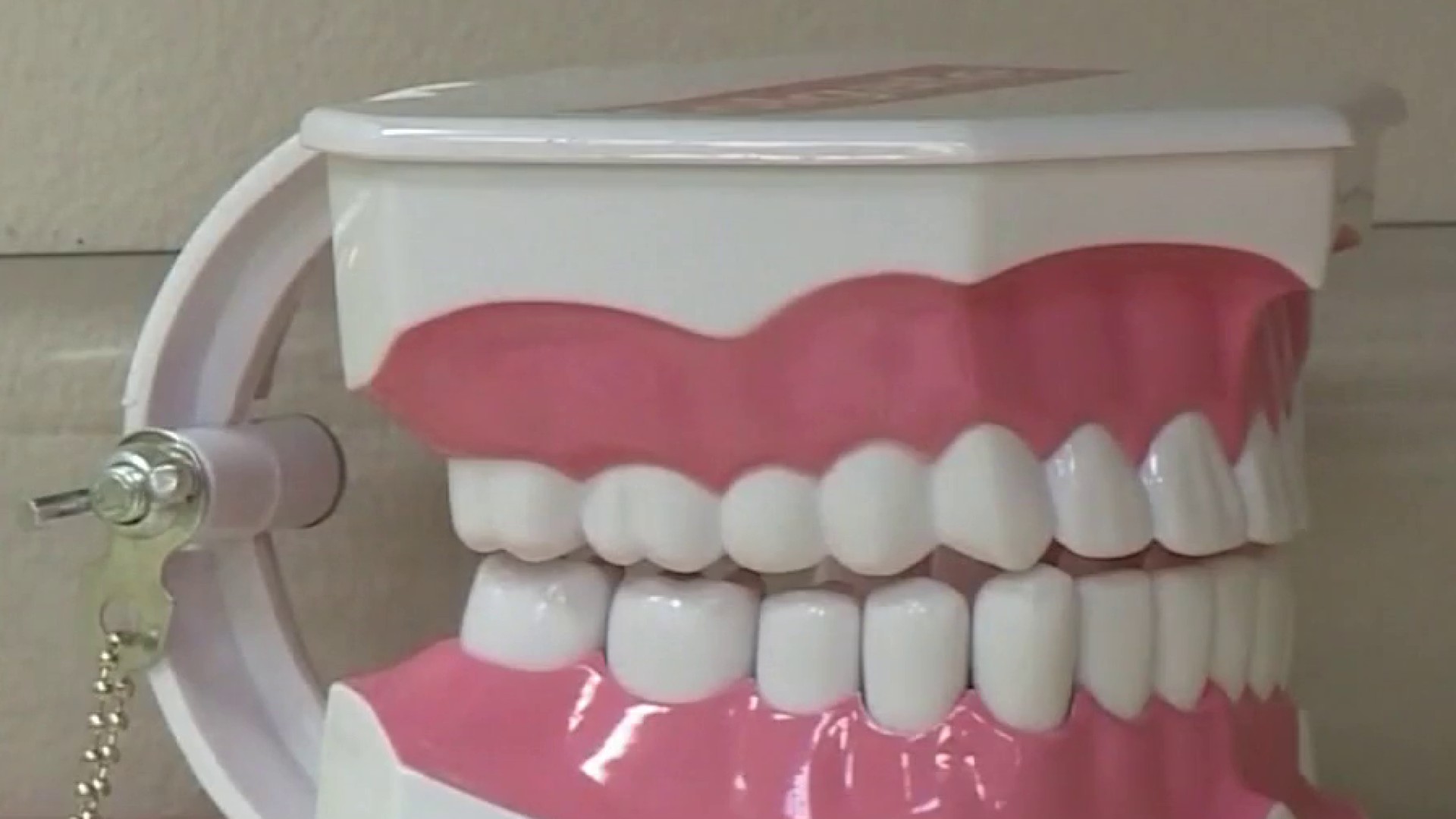 OC officials think the county might reach all of the metrics required to exit the most-restrictive purple tier of the state's re-opening framework by Sunday. To move up to a less-restrictive tier, a county must stay within those metrics for at least two weeks.

On Friday, the county was able to allow full-contact youth sports, including football.

Meanwhile, Reps. Lou Correa, D-Santa Ana, and Young Kim, R-Placentia, have asked the Federal Emergency Management Agency to bring a large COVID-19 vaccination site to Anaheim, which came as welcome news to Orange County officials as they have been able to provide more inoculations with delayed doses arriving this week.

"I would welcome any help we can get,'' Orange County Supervisor Doug Chaffee said. "We could really ramp (the inoculations) up."

Kim said he hadn't seen the letter yet, but added, "I do support the federal government providing access to mass vaccination centers in Orange County. We know they have set up two in L.A. County, and one in the Bay Area in Alameda County and one in Central Valley, so when you look at Orange County being the third-most populous in California, we think that it's a very dense county with 3.2 million people in 800 square miles, so because of that density, the communities in Santa Ana, Anaheim and northern Orange County has been disproportionately impacted, and having access to a regional site here would be a wonderful benefit to our community.''

A police pursuit that started in Bell continued through the night after the driver was wanted for vandalism. NBC4 News reports at 11 p.m. on Feb. 26, 2021.

Orange County and Anaheim officials have set up mass vaccination sites at Disneyland and the Anaheim Convention Center.

On Saturday, a mobile site was set to open in La Habra, Chaffee said.

"We're doing our best to get to these hot spots," he said.

A FEMA site would mean more doses for the county, Kim said.

Orange County's coronavirus vaccine site at Disneyland reopened Friday, a day after it shut due to brisk Santa Ana winds that were a threat to uproot its tents. The theme park site will be closed again on Sunday due to high winds, but the appointments will be redirected to the Anaheim Convention Center, Kim said.

The only site that remains closed is the one at Santa Ana College, which will be able to reopen sometime in the middle of next week, Kim said.

Orange County received 83,055 doses of coronavirus vaccines Thursday, helping officials catch up on canceled appointments due to a shortfall in medicine owing to winter storms out east.

During his visit to Houston on Friday, President Joe Biden urged Americans to keep wearing masks even as promising vaccine developments come out. “Cases and hospitalizations could go back up as new variants emerge. And it's not the time to relax. We have to keep washing our hands, staying socially distanced, and for God's sake, wear your mask,” Biden said.

"We're basically playing catch-up now,'' Supervisor Lisa Bartlett said Thursday. "But we are on an extremely good trajectory at this point. Our numbers are looking good. ... We may be one of the first counties to go from purple to red tier."

Andrew Noymer, a UC Irvine professor of population health and disease prevention, said vaccine distribution has improved in recent weeks. He said he preferred that pharmacies would have taken the lead in getting shots in arms, but added, "ultimately you need both" government-run sites and private health care points of distribution.

Overall, the decreases in cases and the ramping up of inoculations has the country heading closer to getting past the pandemic, Noymer said.

"The news has never been better in a long time,'' Noymer said.