Orange County on the Verge of Move to Orange Tier, Less Restrictions

"The numbers look good, and -- barring anything unforeseen -- we expect tomorrow to be on the orange tier list,'' Orange County CEO Frank Kim said Monday.

Orange County Monday is on the verge of moving into the state's less restrictive orange tier as COVID-19 cases continued a downward trend and a windfall of vaccines rolled in.

"The numbers look good, and -- barring anything unforeseen -- we expect tomorrow to be on the orange tier list,'' Orange County CEO Frank Kim said.

The state updates its weekly averages on Tuesdays based on statistics reported as of Sunday, so if the numbers county officials have are accurate then the county could qualify for the orange tier on Tuesday and officially move into it on Wednesday.

"They will allow us to move into the orange tier Wednesday as long as they give us the green light tomorrow," Kim said.

The case rate per 100,000 people dropped from 2.9 on Sunday to 2.8 Monday, Kim said. The positivity rate was at 1.7% on Monday and at 2.6% for the health equity index, which measures infection rates in underprivileged communities hardest hit by the pandemic.

The county has qualified for the yellow tier in positivity rates for the last six days, but it will take awhile for the county to move up to that least-restrictive tier because the case rate must fall below one, Kim said. 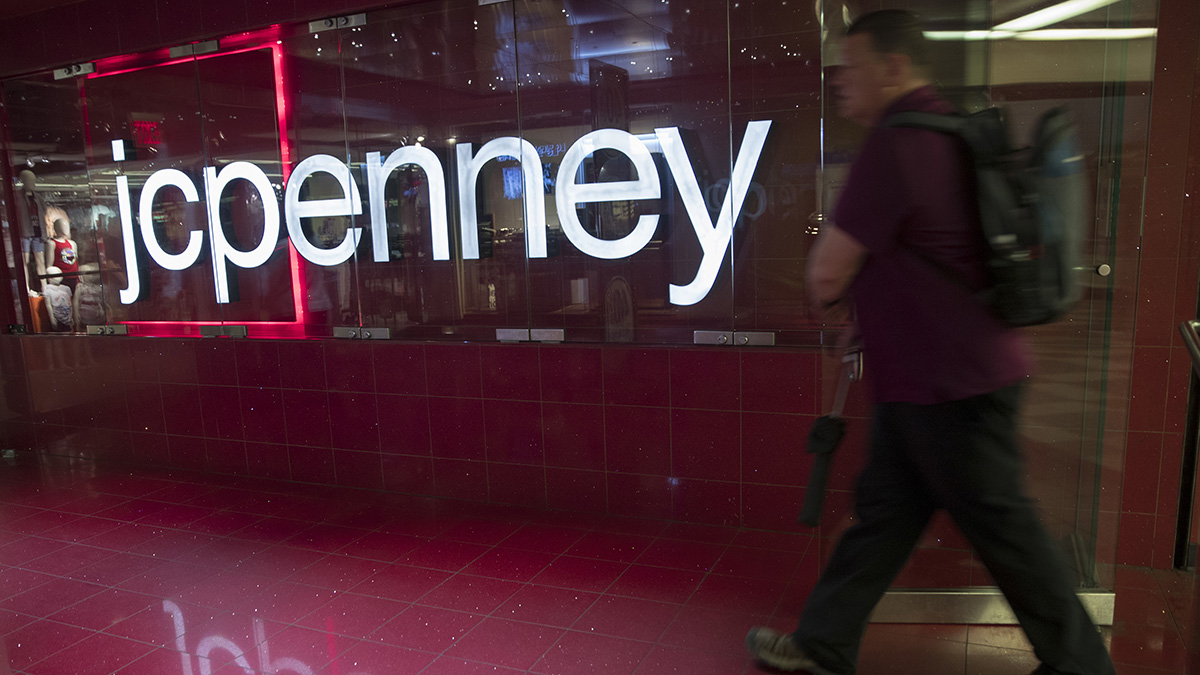 JC Penney to Close More Stores in May 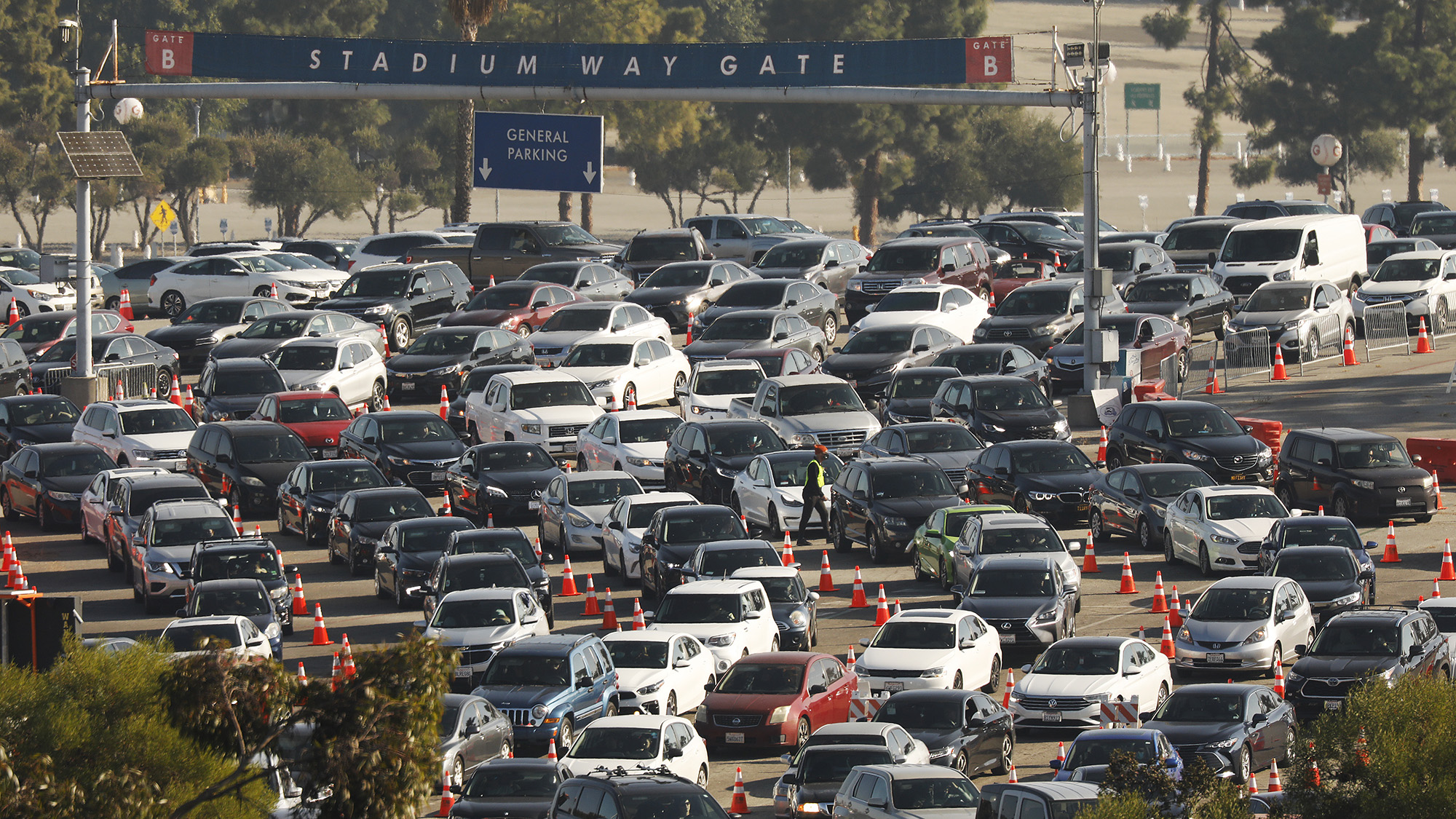 The testing rate is at 283.6, which might be buoyed by testing at schools because the demand at the county's super sites has fallen to about just 200 a day, Kim said. County officials are discussing smaller, mobile kiosks to boost testing where it is needed instead, Kim said.

The county received an additional 44,000 doses of vaccines this week, Orange County Supervisor Lisa Bartlett said. That brings the county's total to 115,000 this week.

The infusion of vaccines will help the county go beyond the planned 2,000 doses a day when the new super POD site opens at the Orange County Fairgrounds in Costa Mesa on  Wednesday, Kim said.

Dr. Jose Mayorga, executive director of the UC Irvine Health Family Health Centers, said his organization has been helping to push vaccines out to hard-to-reach residents.

"The roll out has been challenging for those who have computer or internet illiteracy," Mayorga said. "We are educating people on how to navigate the website to register them."

As parts of the country see a rise in COVID-19 cases, President Joe Biden says the country needs to ramp up vaccine distribution. “As fast as we are going, we need to go faster,” Biden said.

It helps that clinics such as the one he oversees are now receiving vaccines directly from the federal government.

"That is a huge win because now we can expand,'' Mayorga said. "Starting next Monday... I'll be able to start vaccinating Mondays through Fridays."

Mayorga said there is some vaccine hesitancy among some people of color for a variety of reasons, but he added there is enthusiasm among many others after they've been educated by their doctor.

"There are still myths out there, don't get me wrong,'' Mayorga said.

Some residents have been erroneously told that the vaccine could kill you in a year's time, prompting Mayorga to ask them how would anyone know since the vaccines have not been available for a year.

"As I talk to these folks I say I have no idea how COVID will impact you or me, but I do know millions are getting protected and studies are showing real-life examples that we are getting the protection we need to combat this infection," Mayorga said.

Too much attention has been placed on the efficacy of the vaccines, which is misleading since the Johnson & Johnson trials and studies were done at a different time than the ones for Moderna and Pfizer, Mayorga said. Also, all of the vaccines protect against serious disease requiring hospitalization, he added.

"Everything has to be compared with something we're more familiar with like the flu shot,'' which does not have the same high levels of efficacy, Mayorga said.

There was also too much "hyperfocus" initially on adverse reactions to the vaccines as well, Mayorga said.

Zeth and his 2-year-old daughter, Saylor, amassed a huge social following after they started recording videos of themselves discussing their favorite music, films, snacks and animals (spoiler alert: it's the flamingo).

"First, it was 11 in a million and now it's down to five in a million,'' Mayorga said. "But with penicillin it's one in 5,000. So everything is relative and we have to put it in perspective...

"For me, it's a race against time,'' he said. ``We can do this. Yes, we fear spring break and vacationing, but at the end of the day we're almost there. We just have to get through the vaccine process.''

The county reported 123 new coronavirus cases and logged one additional fatality as of Monday. The cumulative case count is 250,431 and the death toll is 4,726.

Hospitalizations fell from 156 Sunday to 145 Monday, with the number of COVID patients in intensive care units increasing from 25 to 29, according to the Orange County Health Care Agency. It's not clear when ICU numbers have been this low, as the county's website dates back to late May and there is no data since then lower than 36 patients.

President Joe Biden on Monday urged states that had lifted the mask mandate to reinstate it as COVID-19 cases rise in parts of the country. “I’m reiterating my call for every governor, mayor and local leader to maintain and reinstate the mask mandate,” Biden said. "Please, this is not politics.”

Moving up to the orange tier would allow for more business to reopen. Retail stores would not have to limit attendance, and churches, movie theaters, museums, zoos and aquariums could expand attendance to 50% of capacity.

Restaurants could expand indoor dining to 50%, wineries could offer indoor service at 25%, and bars that don't serve food could reopen outdoors for the first time.