Orange County Monday set new records for coronavirus diagnoses and hospitalizations as its intensive care units reached zero capacity in the state's "adjusted" category and sheriff's officials wrangled with an escalating outbreak in the jails.

Hospitalizations jumped from 1,236 Sunday to 1,287, including 288 ICU patients, up from 284 the previous day. Both are new records -- a daily occurrence since last week.

The county's ICU bed availability shrunk from 11.2% Sunday to 9.3% Monday in the unadjusted category, but is at zero for the "adjusted" metric that the state has created to reflect the difference in beds available for COVID-19 patients and non-coronavirus patients. 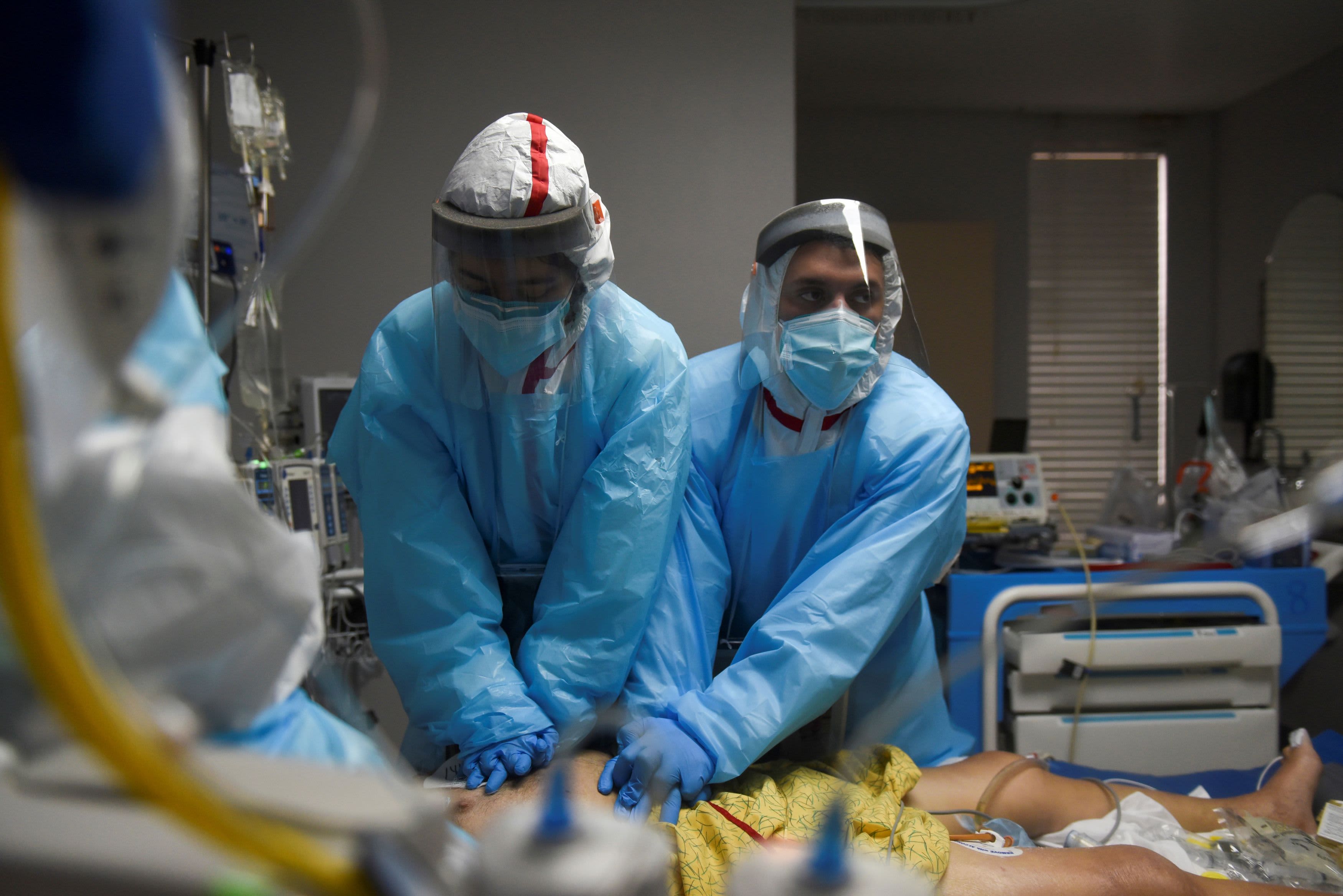 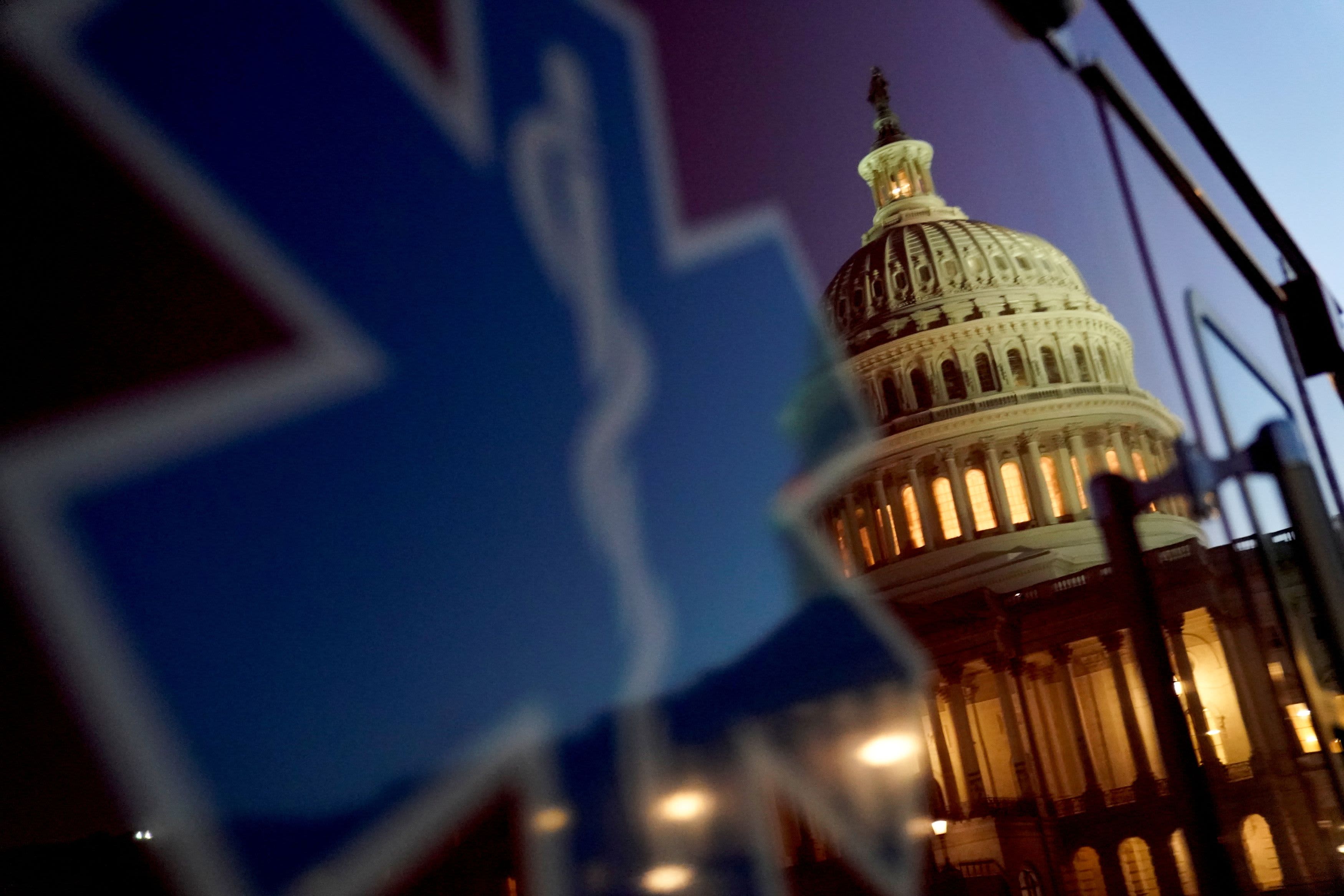 Second $1,200 Stimulus Checks Are Not in the New $908 Billion Relief Proposal. Some Are Calling for That to Change

Last week, the county reported 62 fatalities, up from 41 and 26, respectively, in the two previous weeks.

Prior to this month, the record for ICU patients in Orange was 245 during a mid-July surge. Overall hospitalizations have been breaking records daily since Dec. 2.

Orange County, which had 53% of its ventilators available as of Monday, is awaiting its first shipment of vaccines, expected to arrive Wednesday. About 25,000 doses are expected, according to Orange County CEO Frank Kim.

The county has the necessary deep freezers and dry ice available to store the medicine, he said, noting that frontline hospital workers are expected to be among the first to receive the Pfizer vaccine.

The plan is to use the doses as soon as possible.

The outbreak in the jails, which started last week, has escalated to 416 inmates, 37 of whom are newly booked prisoners, said Carrie Braun of the Orange County Sheriff's Department.

"The vast majority are asymptomatic,'' Braun said, adding that most of the infected inmates are housed at the Theo Lacy jail in Orange and the men's Central Jail in Santa Ana.

Sheriff Don Barnes, who had earlier kept testing restricted to newly booked inmates, anyone showing symptoms, or those exposed to an infected person, will now seek to test everyone in the jails, Braun said. When an inmate tests positive, they are restricted to a single cell in isolated status, and any others exposed are being quarantined together as they await test results, Braun said.

The outbreak recently delayed the murder trial of Austin Ambriz when he tested positive on the eve of closing argument and has also affected an ongoing preliminary hearing involving Johnny Martinez, the reputed leader of Orange County's chapter of the Mexican Mafia. Cordova has tested positive for COVID-19 and is showing symptoms, according to sources.

Manhattan Beach resident and real estate agent Greg Geilman became ill back in mid-March. Now recovered from the coronavirus, he considers himself quite lucky that he didn't end up hospitalized or on a ventilator. Annette Arreola reports for the NBC4 News at 11 a.m. on Monday, Dec. 14, 2020.

Martinez is charged with a murder conspiracy in Placentia along with co-defendants Ysrael Cordova, Augustine Velasquez, Gregory David Munoz and Ricardo Valenzuela.

Joel Garson, one of the attorneys involved in the case, criticized officials for allowing the hearing to continue during the outbreak. Martinez has been placed in quarantine, Garson said, and the three other defendants appeared at a hearing this morning.

"Why wasn't (Cordova) quarantined when he was exposed?'' Garson said. "Then I wouldn't have to worry and nobody else in the courts either. There were bailiffs dealing with him throughout the day. He probably exposed six or seven people within that six-feet radius and sat in a courtroom with a dozen people most of the day (last week) and I assume they knew he was exposed (to another infected inmate)."

Braun said the sheriff is ordered to bus inmates to court and has attempted to reduce the number on the buses. But since inmates from multiple facilities are housed together in a holding tank at the court, there is going to be mixing of populations, Braun acknowledged.

Meanwhile, Barnes has been ordered by an Orange County Superior Court judge to reduce his jail population by half by Friday, meaning 1,800 inmates could be released to home confinement or ankle-bracelet monitoring or just fully set free. Barnes has said he wants to appeal the ruling, which the county Board of Supervisors is expected to consider at Tuesday's meeting.

Secretary of Health and Human Services Alex Azar said on Monday the United States has purchased another 100 million doses of Moderna’s COVID-19 vaccine. Azar also said that he expects to be able to vaccinate every American who wants it by the end of the second quarter in 2021.

"We need to look at all options if the inmates are released prematurely,'" said Orange County Supervisor Lisa Bartlett. "We need to look out for the health and welfare of our citizens in the county... There are no easy answers here, but first and foremost it is our top priority to make sure we keep our residents of the county safe."

County officials have been asked to provide personal protective equipment, more training or staffing to help curb the spread of COVID-19 in those facilities, where the main reason for the spread is likely from employees who contract the virus off-site, Kim said.

The county's Health Equity Quartile Positivity Rate, which measures the cases in highly affected, needier parts of the county, rose from 13% last week to 16.2% this week.

All of the county's metrics now fall within the state's most-restrictive, purple, tier of the four-tier coronavirus monitoring system.