The sign on a Huntington Beach restaurant window illustrates deep divisions on coronavirus vaccinations at a time when Orange County's COVID case are climbing.

Instead of the masks-must-be-worn signs that became commonplace around California in an effort to stem the spread of the coronavirus, the sign taped to the window at Basilico’s Pasta e Vino reads, “PROOF OF BEING UNVACCINATED REQUIRED.” 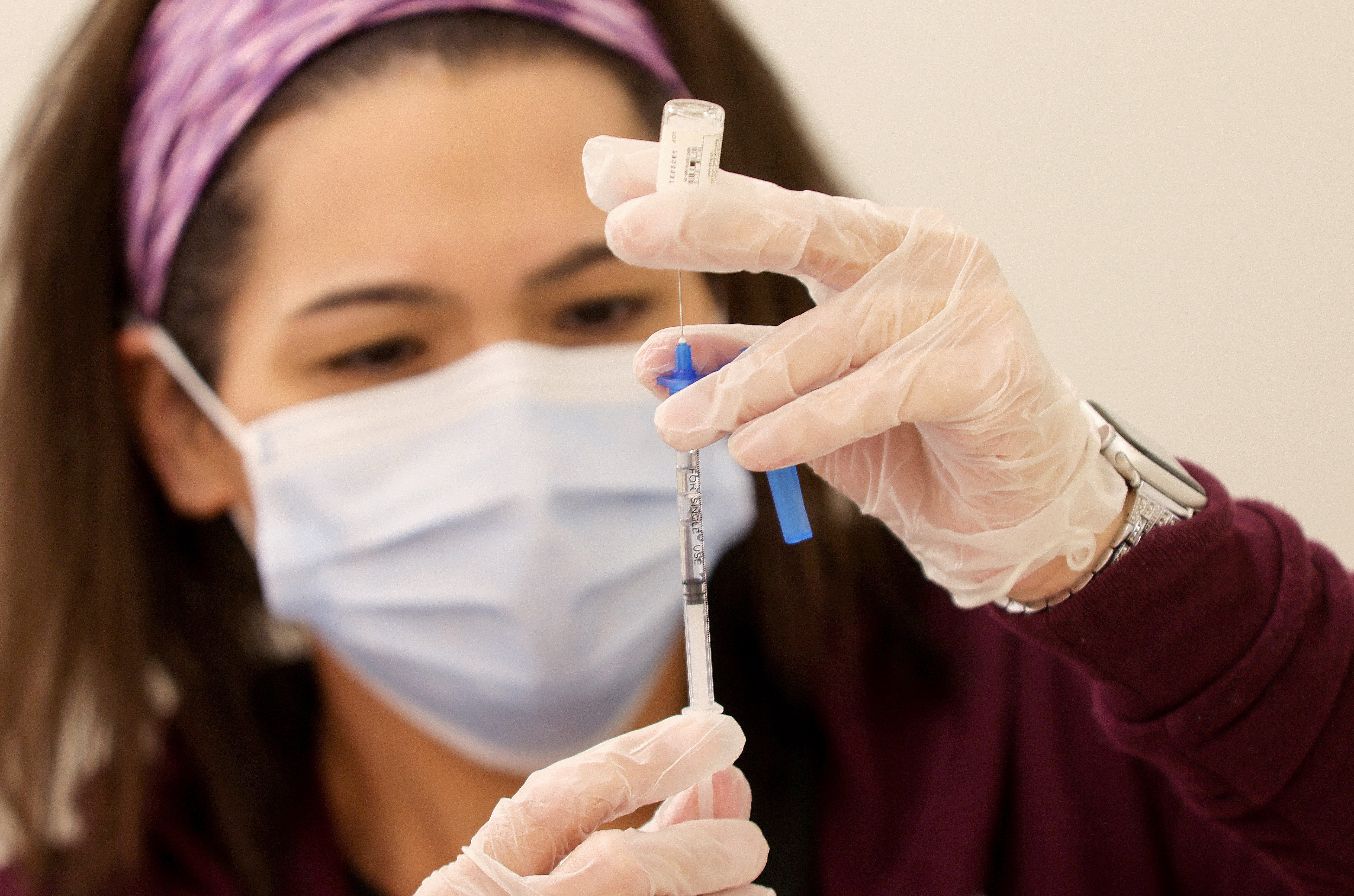 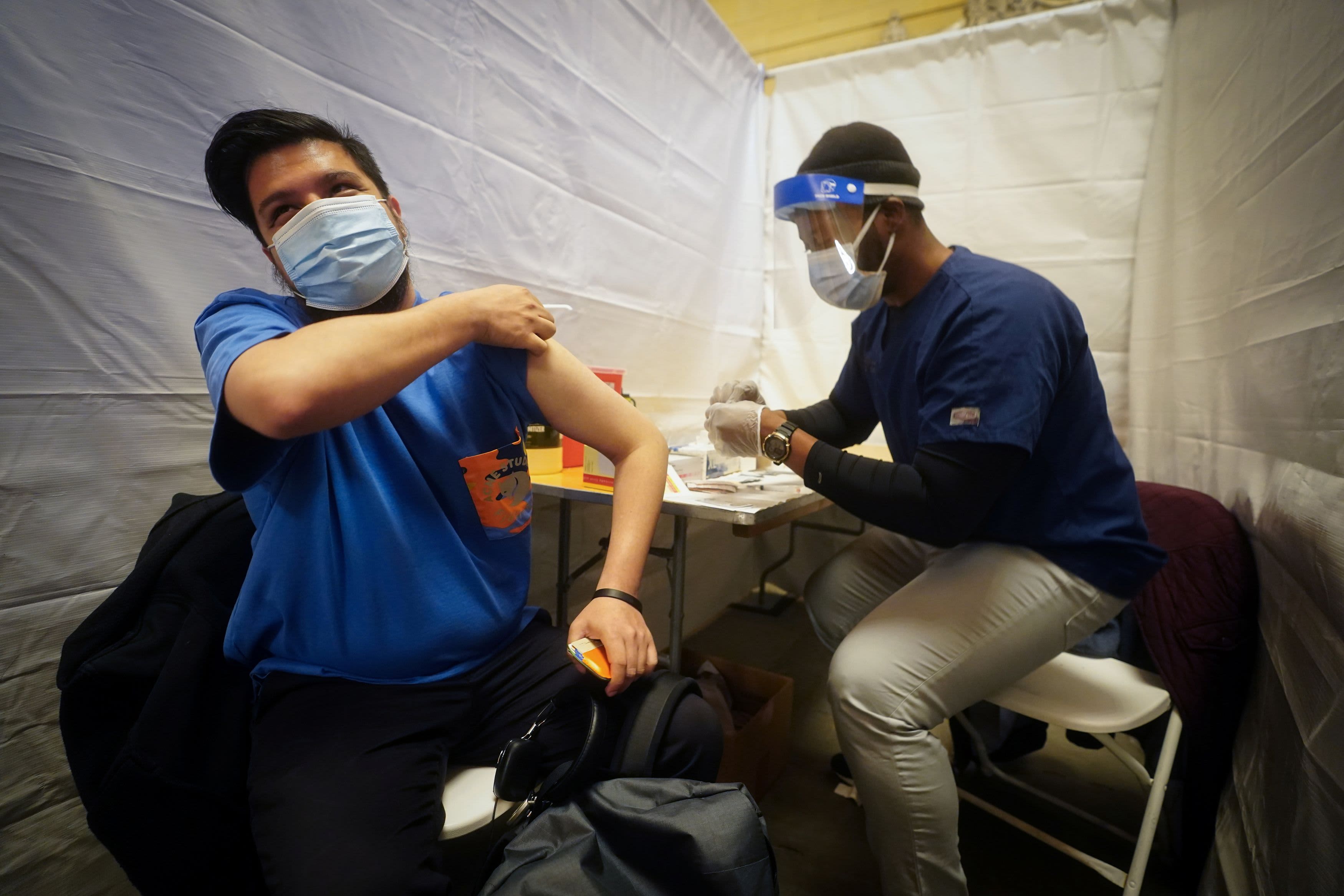 It’s one illustration of the backlash that continues against coronavirus vaccines in parts of Orange County and around California. Owner Tony Roman told NBCLA he’s willing to pledge his restaurant as a Constitutional battleground.

"Our American way of life is under attack,” Roman wrote in a statement to NBCLA. “And I feel blessed to be on the front lines of this battle in defense of Liberty and Freedom, willing to put everything at risk for it, pledging our business as a 'Constitutional Battleground' since day one of the lockdowns on March 19th, 2020.

“We have never complied with any restrictions since, and when the tiny tyrants go on the  attack with new mandates, we fire back launching new missiles of defiance. And with the new and aggressive push for mandatory vax policies, we couldn't resist, so we are sending a message of our own. Hopefully most are smart enough to read between the lines. Otherwise we will just sit back and have fun watching their heads explode over it."

It was not clear whether the restaurant is actually checking visitors’ vaccine status. The restaurant previously declared itself a mask-free zone and remained open when many restaurants stopped indoor dining in March 2020, the LA Times reported.

They’re taking a much different approach at the Central Justice Center in Santa Ana. The presiding just there said masks must be worn in the building after two COVID cases over the weekend.

The location is the second courthouse in Orange County to require masks again after loosening guidelines earlier this year as case counts improved. The new administrative order will be in effect for two weeks.

The vastly different responses to the pandemic come as Orange County reported another 1,351 COVID-19 infections Monday, a figure that includes numbers from the weekend. Also as of Monday, there were 194 people hospitalized in the county due to COVID, up from 156 Friday.

The new infections raised the cumulative total from throughout the pandemic to 262,071.

According to the Orange County Health Care Agency, the most dominant variants in the county in recent weeks have been the Delta, Alpha and Gamma variants. Delta and Alpha are considered much more highly contagious, with Delta now considered the most dominant strain statewide.

The virus will mutate the more it spreads among the unvaccinated, said Dr. Jose Mayorga, of UCI Health.

“You’re going to get this at some point,” Mayorga said. “Do you want to get it without already developed protection? Or do you want to have that protection in place  that’s hyper-focused and quick to eliminate this virus?

More than 1.8 million Orange County were fully vaccinated as of last Thursday. Experts say the current COVID vaccines all provide a high degree of protection against infections and -- while they will not prevent all infections -- they prevent serious illness and death.