Theme parks have been shut down since mid-March when California issued sweeping statewide orders to limit the spread of the coronavirus.

California Health and Human Services secretary Mark Ghaly confirmed Tuesday that there would be two separate categories -- one for larger parks, one for smaller operations.

“I am very mindful, for example, if you have a park in a city with a Ferris wheel that that’s not a ‘theme park’ in the sense so many of us consider,” Gov. Gavin Newsom said Monday. “So one has to distinguish between the two.”

Smaller parks in Tier 3 (moderateO must limit capacity to 25 percent or 500 visitors, whichever number is lower. The smaller parks may only open outdoor attractions and ticket sales are limited to visitors within the county. 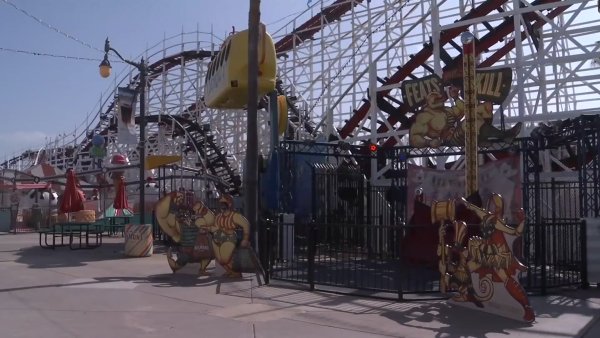 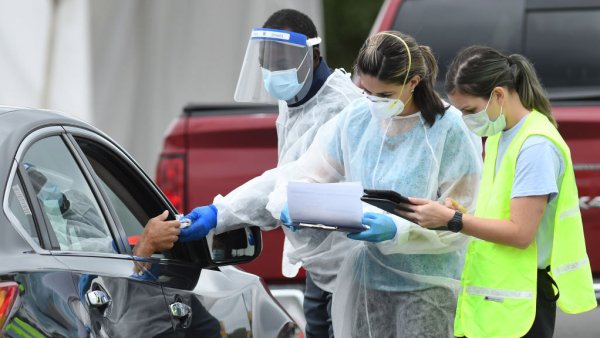 Larger theme parks can resume operations only in Tier 4 (minimal) communities with a limited capacity of 25 percent. The parks must implement a reservation system and screen guests for COVID-19 symptoms. Face coverings are mandatory through the park unless eating or drinking.

In a statement, the president of Disneyland Resort said the company's other theme parks around the world have already showed they're capable of safely reopening.

"We have proven that we can responsibly reopen, with science-based health and safety protocols strictly enforced at our theme park properties around the world," said Ken Potrock, president of Disneyland Resort. "Nevertheless, the state of California continues to ignore this fact, instead mandating arbitrary guidelines that it knowns are unworkable and that hold us to a standard vastly different from other reopened businesses and state-operated facilities."

"These guidelines fail working families and small businesses," he said. "As painful as this is, Disney and the city of Anaheim will survive. But too many Anaheim hotels, stores and restaurants will not survive another year of this."

Ghaly said the state also will allow attendance at sporting events in counties that have reached Tier 3 with a capacity limit of 20 percent. Counties in the least restrictive tier can have capacity at 25 percent.

Ticket sales must be in advance and face coverings are required.

“Pushing us into Tier Four behind other businesses that have already reopened makes no sense.  It ignores  science, reason and the economic devastation this will bring to the thousands of our employees, the indirect businesses that rely on us and our industry overall.

“The health and safety of our guests and team members has always been our top priority.  We have designed detailed health and safety protocols that allowed us to open our theme parks in Orlando, Osaka and Singapore.  We have collaborated with LA County health and government officials on a comprehensive plan to move forward safely here, and we are prepared and ready to reopen.  Our theme parks are controlled primarily outdoor businesses that we have proven we can operate responsibly.

“We should be in Tier Three, along with other industries that have proven they can reopen responsibly.  Our employees are ready to go back to work and the fact that they won’t be able to do so until well into next year is shameful.”

Theme park closures were part of California’s move in mid-March to set limits on business operations to fight the spread of the coronavirus. Disneyland and Disney California Adventure, Knott’s Berry Farm, Six Flags Magic Mountain, SeaWorld in San Diego, Universal Studios Hollywood and other locations have been shut down since that first-in-the-nation statewide order. The state has a number of smaller parks, like Pacific Park in Santa Monica and San Diego's Belmont Park.

The closures have taken a toll. Last month, Disney announced plans to lay off 28,000 employees across its parks, experiences and consumer products division, the company said.

The company’s park in Florida, Paris, Shanghai, Japan and Hong Kong have reopened with limited capacity, but both California Adventure and Disneyland remain closed in Anaheim.

Draft state guidance proposed in early October would have let theme parks reopen at 25 percent capacity once the counties where they are located reached the lowest level for virus transmission in the state’s four-tier reopening system, the Orange County Register reported. The proposed rules also would have limited visits to residents living within a certain distance from the park, the Register reported.