President Donald Trump on Wednesday dismissed Democratic demands for aid to cash-strapped cities in a new coronavirus relief package and lashed out at Republican allies as talks stalemated over assistance for millions of Americans. Another lawmaker tested positive for the virus.

Republicans, beset by delays and infighting, signaled a willingness to swiftly approve a modest package to revamp a $600 weekly unemployment benefit that's running out. But House Speaker Nancy Pelosi, D-Calif., roundly rejected that approach as meager, all but forcing Republicans back to the negotiating table. Without action, the aid expires Friday.

Stark differences remain between the $3 trillion proposal from Democrats and $1 trillion counter from Republicans, a standoff that is testing Trump and Congress ahead of the November election and putting aid for communities nationwide at risk.

Pelosi said the best way to reopen schools and the economy is to defeat the virus, and that can't be done with the “skinny” bill Republicans are rushing to cobble together. “They still don’t get it,” Pelosi said.

The virus toll continued to mount in the U.S., with 4.4 million confirmed cases and deaths passing 150,000. Outspoken Rep. Louie Gohmert, R-Texas, who often objects to mask-wearing, became the latest lawmaker at the Capitol to test positive for the virus.

Money for states and cites is a crucial dividing line as local governments plead for help to shore up budgets and prevent deeper layoffs as they incur COVID-19 costs and lost tax revenue in shutdown economies.

Trump complained about sending “big bailout money” to the nation's cities, whose mayors he often criticizes.

“It’s a shame to reward badly run radical left Democrats with all of this money they’re looking for,” he said at the White House.

Democrats proposed nearly $1 trillion for the local governments, but Trump and Republicans are resisting sending the states and cities more cash.

Instead, the GOP offers states flexibility to use $150 billion previously allotted for the virus on other needs. At one point this year, Senate Majority Leader Mitch McConnell, R-Ky., said states could just declare bankruptcy.

Misinformation about coronavirus is surging online, with President Trump, Donald Trump Jr. and others sharing a video with false claims about a Covid-19 “cure.” Kellie Burns, an associate professor at the University of South Florida, joined LX News to discuss the role social media companies must play in controlling its spread.

Governors and mayors who have been urging Congress to help warned that inaction would hit hard.

“If Congress fails to dedicate financial assistance to state and local governments, it will force deep cuts to the very programs workers and families need to get back on their feet,” said Tara Lee, spokeswoman for Washington Gov. Jay Inslee, a Democrat.

Most states have built up reserves since the Great Recession, but the pandemic stopped swaths of the economy in March.

Municipal cutbacks and layoffs began. By June, about 1.5 million fewer people were working for governments in the U.S. compared with February, according federal data. More than half the government layoffs have been in education, a sector facing daunting costs as schools prepare to reopen to students.

Last month, Moody’s Analytics said states were facing a cumulative budget gap of $312 billion over the next two years and local governments would need nearly $200 billion more. Some estimates have calculated the budget gaps as even bigger.

“These are not fancy actions,” said Democrat Nan Whaley, the mayor of Dayton, Ohio, and vice president of the U.S. Conference of Mayors. “These are actions around emergency medical providers, fire, police, services the president claims he values.”

It’s clear that Democrats are trying to push an advantage in the negotiations because Republicans are so deeply divided over the prospect of big government spending.

Trump dismissed the GOP bill as “semi-irrelevant” as his team launched talks with Pelosi and Senate Democratic leader Chuck Schumer of New York.

McConnell defended his approach as “serious,” but he was unable to bring his majority on board. Many Republicans came around to the White House’s pitch for a smaller package by Friday.

That’s when the $600 unemployment benefit boost as well as a federal eviction moratorium on millions of rental units expire, potentially sending households into devastating turmoil.

Speaking at the White House, Trump signaled his interest in reaching a deal and averting an eviction crisis.

Treasury Secretary Steven Mnuchin, who is leading the negotiations, said “the president is very focused" on unemployment aid and assistance for renters. 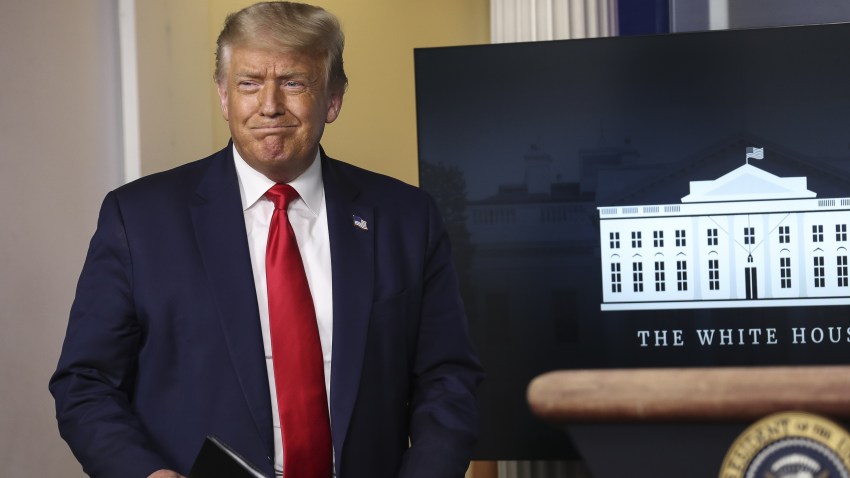 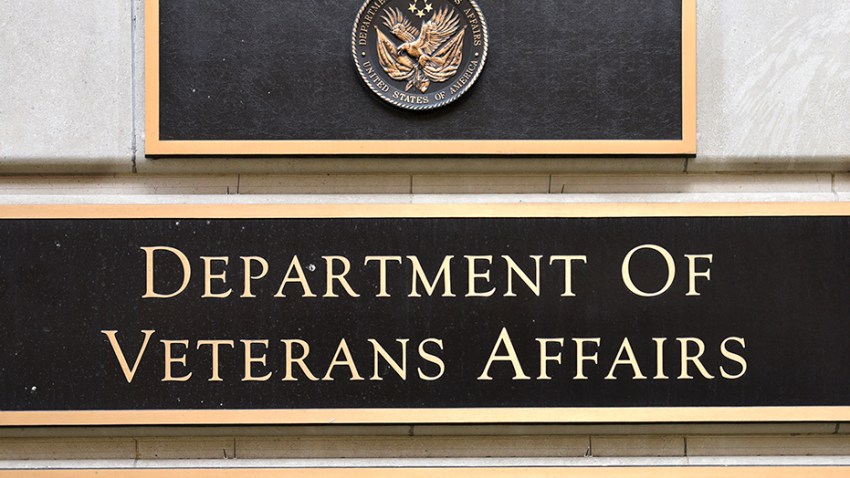 But the president said his GOP allies should “go back to school and learn” after they balked at $1.7 billion for FBI headquarters in the bill. Trump wants the FBI's central building to remain in Washington, across the street from his Trump International Hotel. McConnell opposed the request as unrelated to virus relief.

But Pelosi showed no interest in going small bore on aid. Asked what she thinks of that approach, Pelosi said: “Nothing. Not even ‘not much.’ Nothing.”

Republicans propose cutting the $600 weekly unemployment benefit bump to $200 a week as an incentive to push people back to work. On the eviction freeze put in place in March, Democrats proposed extending it, but Republicans did not include it in their bill and Trump hasn't specified what he's wants to do.

“There’s no consensus on anything,” said Sen. John Cornyn, R-Texas.

At the Capitol, Pelosi used a zoo metaphor to explain to Mnuchin and Meadows the divide. You see a giraffe, you see a flamingo, Pelosi told the White House team late Tuesday during private talks. These two bills, she said, “aren’t mate-able.”

The conversations were relayed by two people who were not authorized to publicly discuss the private session and spoke on condition of anonymity.