A nationwide mask mandate and other measures could have a potential $1 trillion impact on the U.S. GDP, according to the UCLA study.

Implementation of a nationwide mask mandate, combined with complementary public health measures, could reduce the coronavirus' spread to essentially zero and have a potential $1 trillion impact on the U.S. GDP, according to UCLA Fielding School of Public Health researchers.

The team's research "makes clear that even as vaccines are developed and new variants, like B.1.7.7, are being discovered, the power to protect ourselves remains in our hands, as individuals,'' said co-author Anne Rimoin, a UCLA Fielding School professor of epidemiology.

"Wearing a mask is one of the simplest, most effective, and cheapest ways to do exactly that -- and it's been proven by the history of epidemiology over the past century, going back to the 1918-19 influenza pandemic and even before,'' she said. 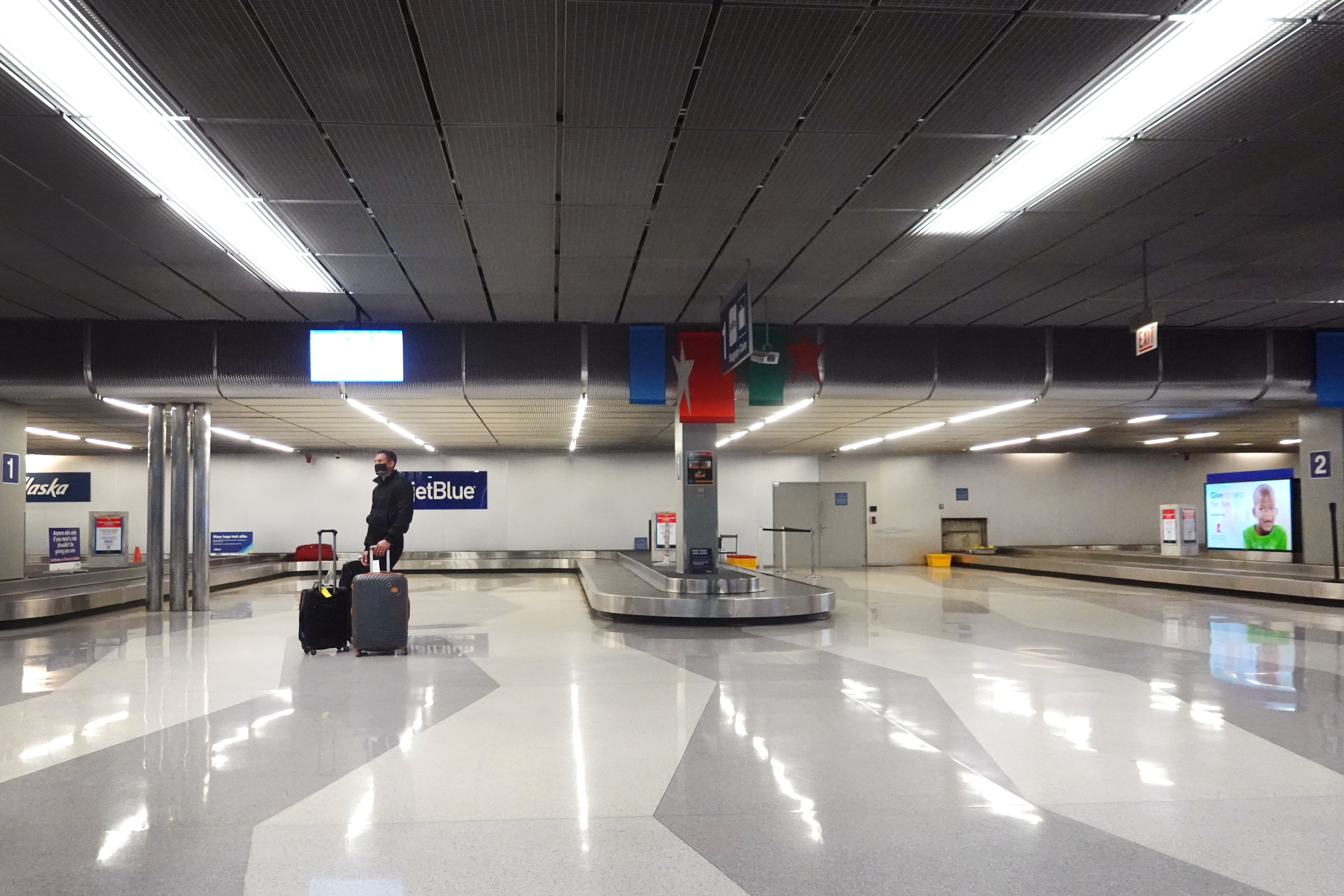 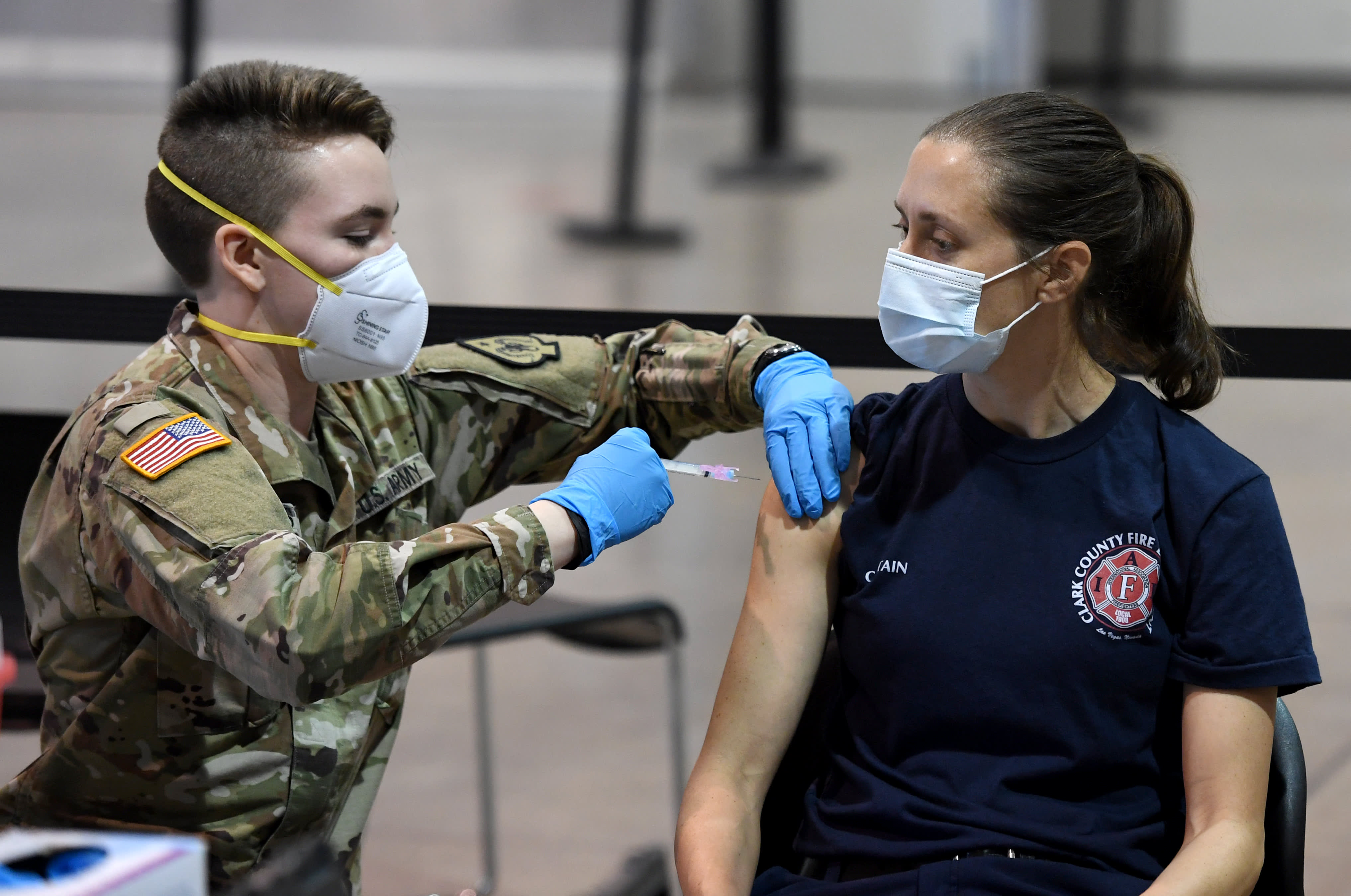 "Reducing disease spread requires two things: limiting contacts of infected individuals via physical distancing and other measures and reducing the transmission probability per contact,'' said co-author Christina Ramirez, a Fielding School professor of biostatistics. ``The preponderance of evidence indicates that mask wearing reduces transmissibility per contact by reducing transmission of infected respiratory particles in both laboratory and clinical contexts.''

The findings -- published in the January edition of the Proceedings of the National Academy of Sciences, a peer-reviewed journal -- were the work of an international team of 19 specialists from UCLA and more than a dozen other universities and research centers, including Oxford University, the University of Cape Town, Peking University, the Massachusetts Institute of Technology and the University of San Francisco.

R0, pronounced "R naught,'' is a mathematical term that indicates how contagious an infectious disease is. It's also referred to as the reproduction number. As an infection is transmitted to new people, it reproduces itself. Reducing reproduction to zero, in turn, could add $1 trillion to the U.S. GDP, the authors said.

"When used in conjunction with widespread testing, contact tracing, quarantining of anyone that may be infected, hand washing and physical distancing, face masks are an invaluable tool to reduce community transmission,'' Rimoin said. ``All of these measures, through their effect on R0, have the potential to reduce the number of infections. As governments exit lockdowns, keeping transmissions low enough to preserve health care capacity will be critical until vaccines can be developed and widely provided.''

To come to their conclusions, the team examined a wide range of new and existing studies and research, including work going back to a 1910 outbreak of plague in northeastern China. Even then, according to the researchers, scientists fighting the plague recognized that the cloth mask was ``the principal means of personal protection.''

There is also ample evidence from the current pandemic, said study co-author Jeremy Howard, a research scientist at the University of San Francisco.

"By the end of June 2020, nearly 90% of the global population lived in regions that had nearly universal mask use, or had laws requiring mask use in some public locations, and community mask use was recommended by nearly all major public health bodies,'' Howard said. ``This is a radical change from the early days of the pandemic, when masks were infrequently recommended or used.''

The researchers came to a variety of conclusions, including: