The new sites are opening ahead of an expansion to the county's vaccination program that allows resident 65 and older to receive shots.

Five large-scale coronavirus vaccination sites opened Tuesday in an effort to stop the virus’ spread in Los Angeles County, where shot eligibility will expand to more people later this week.

The new sites are in addition to the test site-turned-vaccine distribution center at Dodger Stadium, which opened Friday, and 75 smaller sites the county is already operating.

The Fairplex, site of the Los Angeles County Fair, was one of the county's first virus testing sites. Testing will continue at the site.

Eligible residents must register for an appointment. An executive order issued Monday that expands vaccinations to people 65 and older does not go into effect in LA County until Thursday.

Heath care workers and residents and workers in long-term care facilities are currently eligible for shots in LA County. 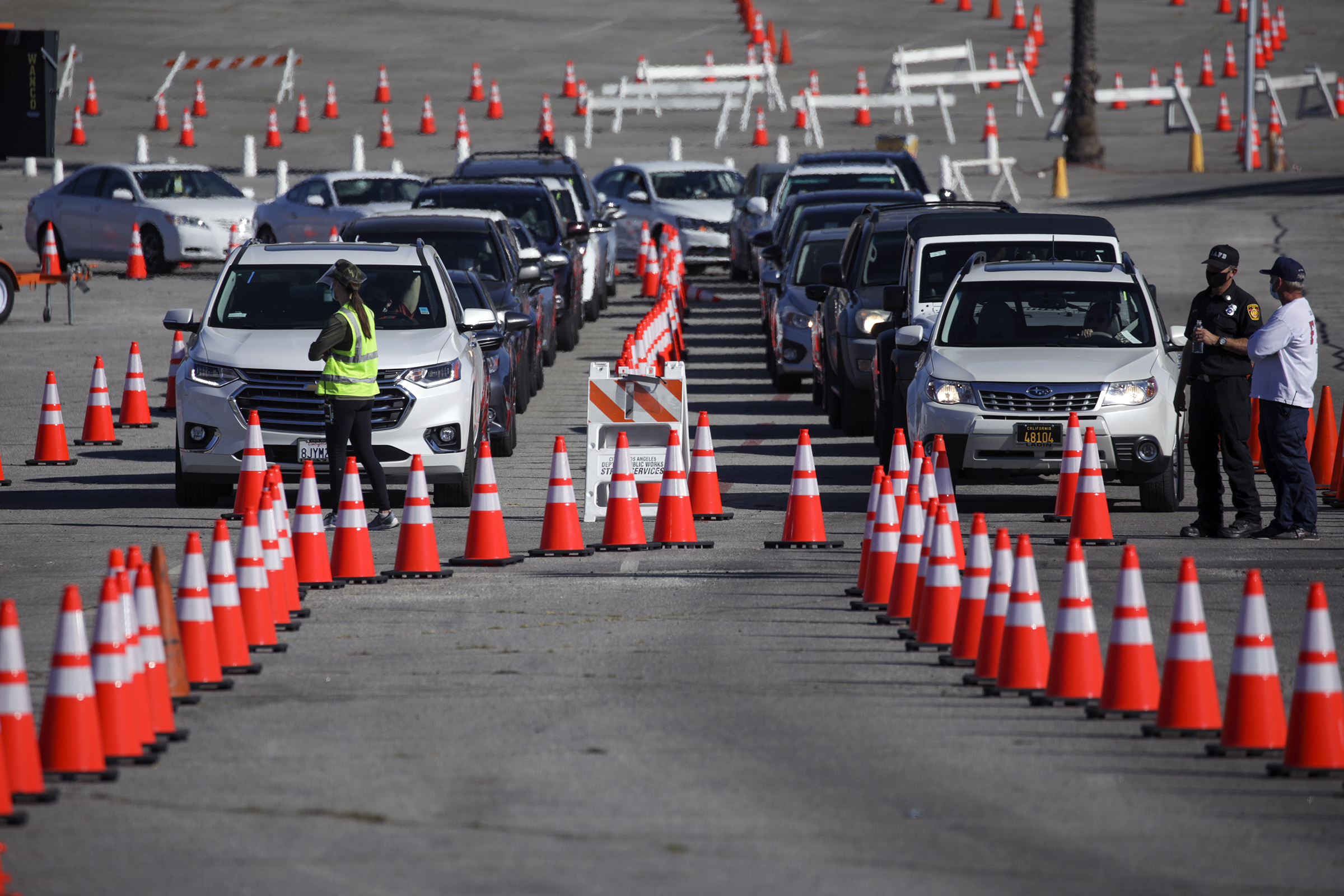 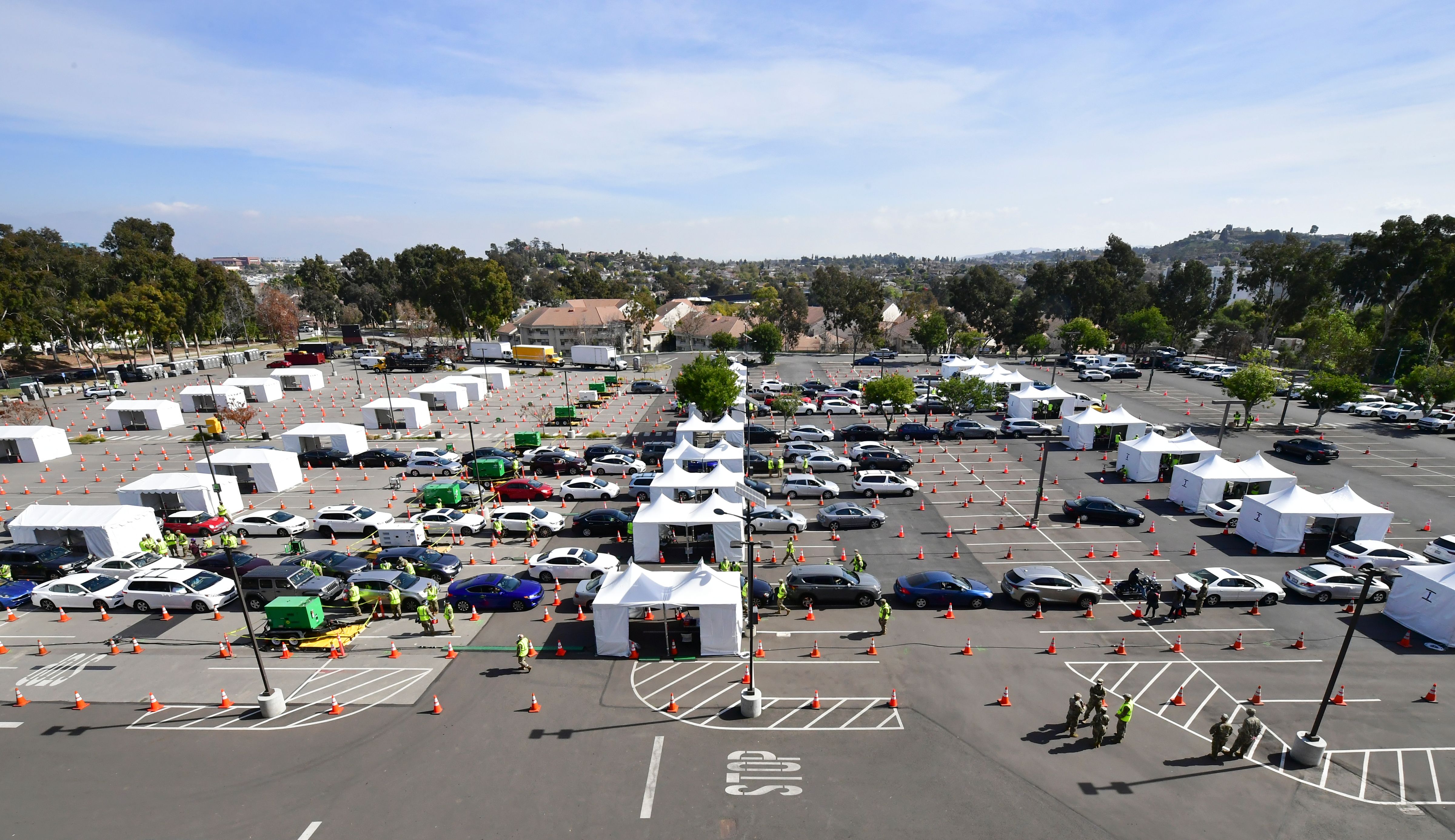 Supervisor Hilda Solis' decision to make the shots available to people 65 and older is in line with guidance released last week by Gov. Gavin Newsom. But it flies in the face of advice from county health officials, who wanted to wait until vaccinations of front-line health care workers were completed before offering limited vaccine supplies to a wider array of people.

Meanwhile, the number of people hospitalized in the county due to COVID-19 continues trending slowly downward. The county reported 88 more COVID-

19 deaths and 9,927 new infections Monday, noting that the figures could be artificially low due to lags in reporting from the weekend and the Martin Luther King Jr. holiday.

After getting flooded with phone calls, LA County leaders are now ordering that COVID-19 vaccines be made available to seniors 65 and older by this week. Hetty Chang reports for NBC4 News at 11 p.m. on Jan. 18, 2021.

The new deaths, along with one reported by health officials in Pasadena, lifted the county's overall death toll to 13,937. Los Angeles County's new cases, along with 107 confirmed by Pasadena, raised the cumulative number of cases confirmed in the county since the pandemic began to 1,024,297.

According to the state, there were 7,322 people hospitalized due to COVID as of Monday, continuing a downward trend from the past week. Hospitalizations peaked at more than 8,000 in early January, putting pressure on hospitals across the county, forcing ambulances to wait hours to offload patients and prompting medical centers to care for patients in gift shops and cafeterias.

But while the population of hospitalized COVID-19 patients has been trending downward, intensive-care units remain packed with virus victims. According to the state, there were 1,728 COVID-19 patients in ICUs in the county, which has about 2,500 licensed ICU beds.

Health officials have said in recent weeks that about two-thirds of ICU patients in the county are being treated for COVID-19, leaving little room for people in need of ICU care for other reasons.

Authorities have warned that while new hospital admissions had appeared to level off, the numbers could again shoot upward as people who were infected over the Christmas and New Year's holidays begin developing symptoms and requiring medical care.