In another bleak report, the death toll in the U.S., which is currently around 189,000, could more than double to over 400,000 by Jan. 1, the Institute for Health Metrics and Evaluation (IHME) at the University of Washington’s School of Medicine is forecasting.

That's not even the "worst-case" scenario the IHME said. In that model, four million people would die worldwide and over 620,000 perish in the U.S. from COVID-19, the researchers concluded.

Meanwhile, former Vice President and Democratic nominee Joe Biden said he has been tested for the virus and will continue to be "on a regular basis" in the two months left of campaigning before election day.

And the Pac-12, one of the few college conferences still planning to hold its season, announced plans to secure coronavirus testing that conference officials hope will make way for fall sports to startup sooner than expected.

The U.S. now has more than 6.2 million virus cases and over 189,000 COVID-related deaths, according to a tally by NBC News.

California is sweltering under a dangerous heat wave Labor Day weekend that was spreading triple-digit temperatures over much of the state, raising concerns about the spread of the coronavirus as throngs of people packed beaches and mountains for relief, NBC Los Angeles reports.

“Holiday weekends are very busy at our beaches, but we're probably a notch or two busier because of the heat wave,” he said.

Health authorities warned that beaches could be closed if they become too crowded.

Campgrounds in the popular San Bernardino National Forest east of Los Angeles were also full, and rangers were out in force on “marshmallow patrols" — keeping an especially close watch for campfires and barbecues outside of designated sites that pose a potential risk of setting a wildfire. They also were worried that the surge of people could overwhelm mountain roads. 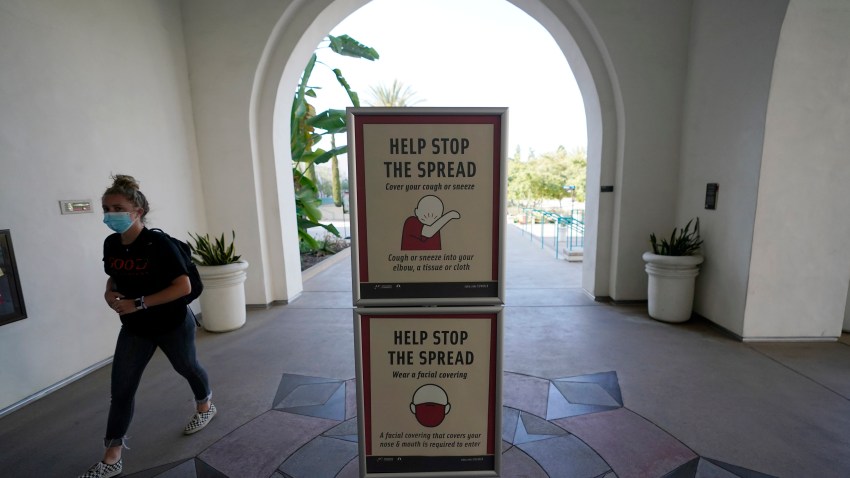 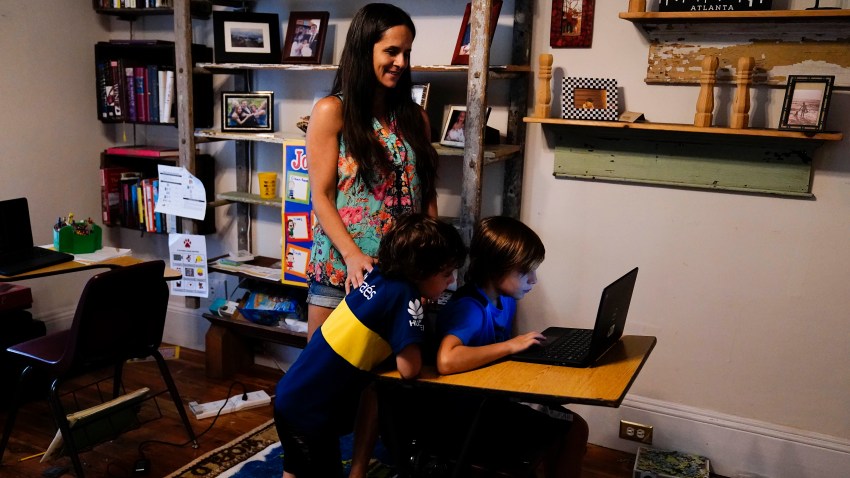 Child Care Crisis Pushes US Mothers Out of the Labor Force

A group of drugmakers competing to bring a coronavirus vaccine to market plan to issue a public statement as soon as next week that says they will not seek government approval until enough data has been collected to ensure the drugs are safe and effective, CNBC confirmed Saturday.

An early draft of the joint statement promises to prioritize the safety of vaccinated people, according to The Wall Street Journal, which first reported the plans to issue a statement. Pfizer,Johnson & Johnson and Moderna are expected to participate in the pledge, the Journal reported. CNBC has confirmed that Sanofi also plans to participate.

The pledge comes as scientists and public health specialists express concern that the Trump administration is exerting pressure on regulators, especially the Food and Drug Administration, to authorize a vaccine before the Nov. 3 presidential election.

“We believe this pledge will help ensure public confidence in the Covid-19 vaccines that may ultimately be approved and adherence to the rigorous scientific and regulatory process by which they are evaluated,” a draft of the statement says, according to the Journal.

The Journal added that the statement says the companies would only seek an emergency use authorization or government licensure based on “substantial evidence of safety and efficacy” from phase three clinical trials. However, top U.S. health officials, including FDA Commissioner Dr. Stephen Hahn and Director of the National Institute of Allergy and Infectious Diseases Dr. Anthony Fauci, have recently said a phase three trial could be ended early if a vaccine yields strong evidence quickly.